Dota 2: Why Is Pushing Lanes So Important In The Game No structure can stand tall without having a solid foundation. If we look at professional Dota 2 players, there is one thing in common with them. They have all worked immensely hard on perfecting their fundamentals. As we observe the matchmaking ladder of Dota 2, we see the top MMR players doing the little things correctly and having a great basic understanding of the game. However, as we go below 4k MMR, the basics still seem to be there yet there is a lack of its application to a recognizable degree.

There is a great deal of fundamental concepts in Dota 2; one of which is pushing or shoving waves. Although many players already know the concept, they ignore or completely forget it in the heat of the game. This guide will help players emphasize pushing lanes and its benefits, which can help catapult them to higher MMR. 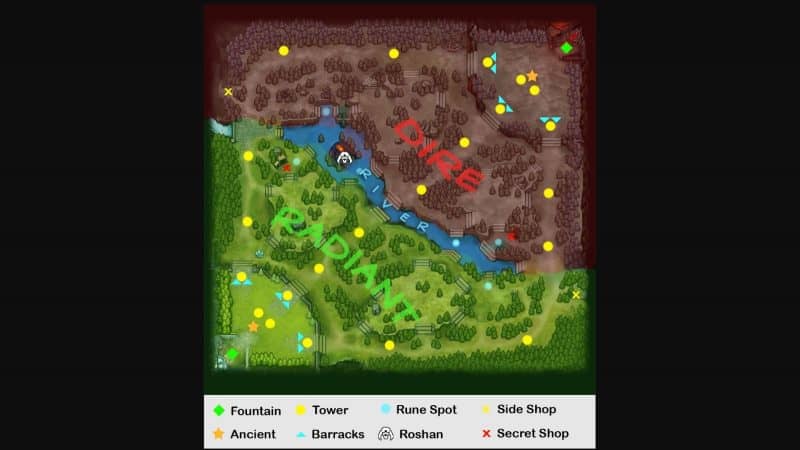 It is important to understand that the full form of Dota is Defense Of The Ancients. This simply means your team needs to destroy the enemy’s Ancient building to win the game. While killing enemy heroes creates opportunities to push and take objectives, creating pressure around the map develops monumental amounts of constraints around the enemy and forces them to deal with things they don’t want to deal with.

Pushing the lanes creates map pressure. When you shove the creep waves fast either by using your hero abilities or items, it pushes the creeps to the enemy side of the map. Many who play Dota 2 think that the middle river divides the map into two equal halves. That only holds true theoretically. The creep waves actually divide the map. So if all your lanes have creep waves somewhere around enemy Tier-2 towers, the effective area under your control stretches to the enemy’s Tier -2 towers. Pushing waves opens up the map and creates new possibilities for your team, simultaneously doing the exact opposite for the enemy team. This is the actual definition of choking your enemy, voiding their crucial farm and control around the map.

Although in a perfect world you can push all the lanes, practically it is very rare for a team to control all three creep waves. The ideal scenario for a winning team is controlling two of the three lanes and occupying the map according to that. Map pressure slowly chokes your enemy until they are too fragile to take fights and start giving up their objectives(Towers, Neutral creep camp’s triangle control, Barracks, etc.). 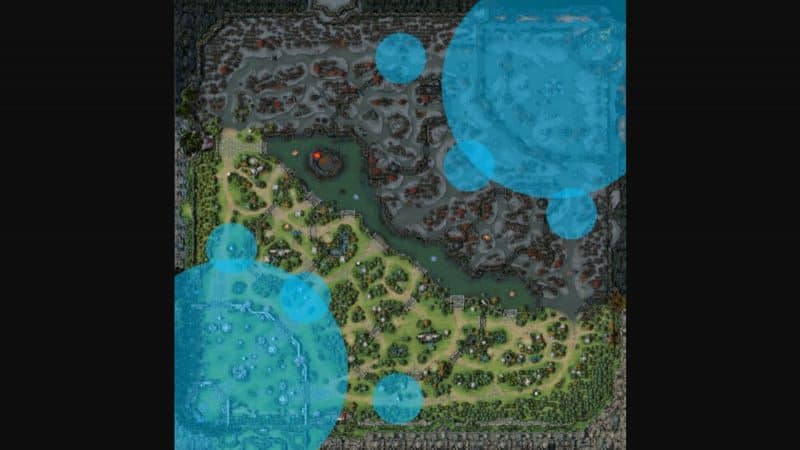 Lane pressure can also help your team to creep-cut and stall the game with Backdoor Protection, a self-protection aura that each Tier-2 tower has and the entire circular area which the Ancient has around it. The aura gives hit damage reduction of 50% and simultaneously heals the buildings for 90 HP per second. However, enemy creeps can deactivate the aura if they come in 900 radius of the T2 towers or 4000 radius of the Ancient. So cutting lane creeps before they join the enemy heroes for pushing is an effective way to stall the push.

Creep cutting is only effective when you push other lanes, because if other lanes are pushing into you and their creeps are close to your building the enemy heroes will just switch lanes to push after they win a fight. For example, if your team has lost a fight near your Tier-2 tower, make sure to always shove the other lanes into your enemy. Only then can you cut creeps from behind your enemy in the middle lane.

Pushing waves causes the lane to push and eventually creeps start hitting the enemy tower if unattended. This forces enemy heroes to react to the push or lose their tower’s health. You may often come across situations where the enemy team has a good early team-fight lineup and they continuously pester you with a group of four or five heroes to force fights and take objectives.

Although some heroes have to react to the enemy, it is important for someone on the team to push other lanes aggressively and put pressure on enemy buildings to make the enemy split and not fight in groups. The position 1 core on the team often does this, but there may be exceptions.

MORE FROM ESTNN
Dota 2: T1’s Victory Over Virtus.Pro In The ESL One Tournament

Split pushing, also known as “Rat Dota” is a by-product of lane pressure. Although some heroes who are strong enough and have the skillset or items can directly engage with enemy buildings, pushing creep waves is also very effective for heroes who cannot do so.

Split pushing stalls the game for the enemy team and gives space to your team. This is an effective way of buying crucial time for your team to make a comeback in the game. 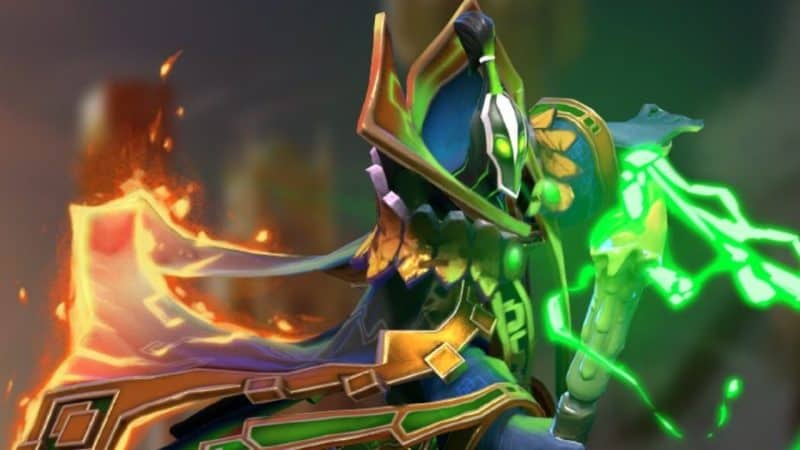 Taking lane creeps and pushing waves gives considerably more gold and experience to heroes. This is one of the major reasons good carry players usually end their laning stage at about 7- 8-minutes and move to the offlane where they keep pushing waves and cycle back to the Neutral creeps triangle to farm. In fact, it is advisable to pick heroes who are more efficient in pushing creep waves. For example, a support hero like Jakiro does well compared to a Lion in pushing waves easily using his abilities. Similarly, core heroes like Luna push waves with Moon Glaives much faster than heroes like Anti Mage who needs an item like Battle Fury to farm and push lanes.

When Not To Push Waves?

Pushing waves is great but in some situations, it can be counterproductive. For example, if your team is significantly stronger, it is often wise to take team fights head-on and then take objectives.

Sometimes the enemy is so strong that pushing waves simply doesn't get the job done. This often happens if you do not push waves at the right moments and so the enemy is much stronger now, but there could be other factors. However, when players push waves more consciously, they get more familiar with other ramifications it has.

Pushing lanes is one of the most useful ways to achieve multiple things in Dota 2. Forcing rotations, farming lanes for more gold or XP and pressuring. Mostly ignored and done involuntarily, pushing creep waves can do wonders if taken into account during the game.

Dota 2: T1’s Victory Over Virtus.Pro In The ESL One Tournament