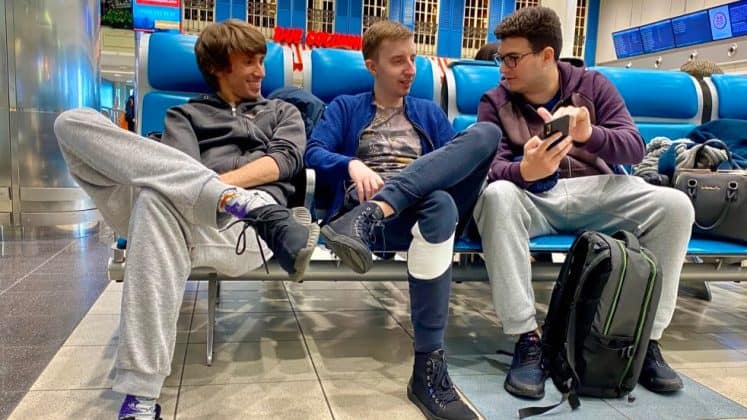 We breakdown everything you can expect from WePlay!'s upcoming tournament.

Despite the fact that it’s not included in the 2019-2020 DPC, this tournament will bring together eight of the best teams in the world. Starting tomorrow (19th of February), all eight participants will be battle against each other for the lion’s share of the $300K USD prize pool.

The Mad Moon tournament is the last one in WePlay!’s series called “Tug of War”. There were three events of this series prior to this one: Radiant, Dire Asia and Dire America. However, they were nowhere near as big as what we’re about to see in the Mad Moon.

Format of the event

As mentioned above, this tournament is not a Major nor a Minor. Nevertheless, the overall format of it resembles a lot the one you can find in a Minor.

Four out of the eight teams were directly invited. The others are the winners from the other Tug of War events, as well as the winner from the Reshuffle Madness 2019.

The eight teams will be divided into two GSL groups consisted of four teams each. Every series, apart from the decider and the Grand Final, will be Bo3. The winner of each group will advance to the semifinals in the upper bracket. On the other hand, the teams that finish second and third will be heading to the quarterfinals of the same bracket. Sadly, the last team in the group will be eliminated from the event.

Lastly, the playoffs will feature a double-elimination bracket.

Tomorrow marks the debut of the WePlay! Tug of War: Mad Moon tournament ?

We are starting off at top speed with a BO3 against @DendiBoss's squad, @B8esportsGG ⚔️

This group consists of the following teams – Gambit, B8, Team Secret and Infamous.

At first glance, Team Secret is definitely the biggest favorite here. In fact, they are also the biggest favorite to win the entire tournament, especially after their most recent performance in the LA Major qualifiers. No wonder people consider them to be the best team in the world right now.

Although Secret is a big name, Gambit definitely has what it takes to bring them down. They’ve proven it numerous times in the last year, so it will be very interesting to see if they can do something here.

We believe that the most deadly fight in this group will be between B8 and Infamous. By the looks of it, those two teams will be fighting for that 3rd spot in the group. Even though B8 is a fairly new team, Danil  “Dendi” Ishutin and his team-mates have enough experience under their belt, so Infamous definitely shouldn’t take them lightly. What’s more, the tournament is in Kyiv, so Dendi will have the “home advantage” as well.

We're happy to announce that we'll be participating in WePlay! Dota 2 Tug of War: Mad Moon.

But it looks like the second group is definitely going to be the more interesting one, considering which teams are here. Nigma will have to go head to head with Virtus.Pro, Aggressive Mode, and Ninjas in Pyjamas.

MORE FROM ESTNN
Dota 2: Patch 7.32c and the Effect on Some Heroes

Literally, every single team here has the potential to finish first. If we have to choose one just based on the recent performance, it has to be Virtus.Pro. Despite the bad start of the DPC, the CIS powerhouse seems to be finally back after they’ve gone through another minor roster change. They had little ti no trouble qualifying for the third Major of this DPC just days ago.

On the other hand, Nigma seems to be still struggling. Ever since TI 7 champions came back, they just can’t seem to start dominating, even though they’ve won the WePlay! Bukovel Minor last month. They will seriously have to step up their game if they want to have a chance at winning this group.

Last, but most definitely not least, we have Peter “ppd” Dager’s squad – NiP. Similar to VP, this team was heavily underperforming until a couple of weeks ago. Nevertheless, the legendary NA captain decided to step in again and did a roster change. As a result, Ninjas in Pyjamas made it to the Los Angeles Major.

Be sure to watch the start of the tournament tomorrow on WePlay!’s Twitch Channel. If you want to learn more about the latest esports news, please follow us on our social media accounts.

Image via B8 esports