Dota 2: All Major Roster And Talent Changes Prior To The Singapore Major 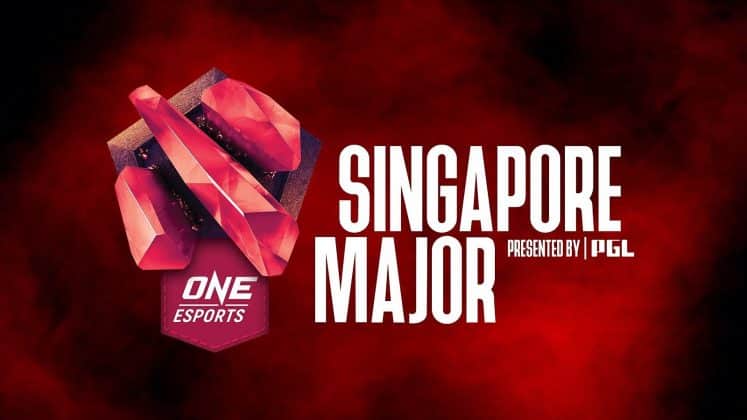 ONE Esports Singapore Major will be held from March 27 to April 4 and there are certain major changes within the rosters of few teams. With only nine days away from the start of the Singapore Major, three teams have undergone roster changes due to certain unavoidable circumstances.

Virtus pro announced through a post on Twitter about a necessary change in their roster. The post described how its preparation for the Major is being affected because, recently, Egor “Nightfall” Grigorenko who is also known as “epileptick1d”, has not been able to take part in practice sessions with the rest of the team as a result of his current health conditions.

The team quoted that a few days ago, Nightfall felt really sick, had a high body temperature and felt constantly tired. So the team started with immediate symptomatic treatment and a proper diagnosis began to find the cause of the symptoms that resulted in deterioration of his health.

A COVID-19 test was conducted on Nightfall and the rest of the team, which resulted in being negative. Still, Nightfall is isolated from the rest of the team and his condition is constantly being monitored as a safety measure. His health is stable now as he is on medication. The organization is doing everything for his speedy recovery.

Reserve player Igor “iLTW” Filatov has been added to the roster as a stand-in. The organization stated that iLTW’s candidacy did not appear by accident. The team discussed all possible options and the players unanimously voted for him. ILTW has already started training with the team and is doing his best to bring his A-game.

VP will depart for Singapore soon and the organization has expressed its gratitude towards iLTW for being a part of the roster at the last minute and helping them out in this situation. The team hopes for Nightfall’s fast recovery so that he can take part in the Major. The team will provide updates about the situation in future announcements.

Revealing the details about our forced roster changes for #SingaporeMajor 2021.

Two players of Na'Vi, Andrii “ALWAYSWANNAFLY” Bondarenko and Bogdan “Iceberg” Vasilenko, have tested positive for COVID. According to the ONE Esports Singapore Major 2021 rules, they cannot participate in the tournament. As a result, the team had to find replacements for the upcoming tournament. Roman “RAMZES666” Kushnarev and Andrey “Mag” Chipenko have decided to help the team.

RAMZES666 used to previously play for Virus.pro and has won five majors. His most recent gig came with Just Error, alongside a number of his former Virtus.pro teammates. But he is considered to be highly skilled. He will be playing as the mid laner for the team, a position he has minimal experience with after spending the bulk of his career as a carry and his last proper pro season as an offlaner. There are nine days left for the tournament, so there's very little time for him to get familiar with the team. Mag has been Na`Vi’s coach since 2018 and hasn’t played professionally during that time, save for a pair of stand-in gigs. Thankfully, he is familiar with the team.

The new lineup of Na'Vi Dota 2 for Singapore Major:

Filipino Dota 2 organization Neon Esports is another team that has to replace one of its players. John Anthony “Natsumi” Vargas will be temporarily replaced by offlaner Rafael “Rappy” Palo. Neon Esports announced through its social media that Natsumi is unfit to travel to Singapore for the upcoming tournament.

Rappy has previously played over 1,000 games for Neon Esports. He first joined Neon in 2018 before being released by the team in July last year. Rappy is expected to play the position four support role for the tournament. Andrei “Skem” Ong, the team's current position four player, will be taking over Natsumi's spot as the carry player. Skem previously played the carry role for Neon before switching to support in order to make way for Natsumi, who joined the team last November.

While Neon did not officially disclose the reason as to why Natsumi was unfit to travel with the team to Singapore, their statement implies that the player has some sort of medical condition.

We regretfully announce that @MSSDota has tested positive for covid and will be unable to make it to Singapore. His symptoms have been mild so far and he is doing well. We’re trying to secure a sub who can get processed in time to travel to the major.

With few days left for Singapore Major 2021, another team that has gone through forced roster change at a critical time is Quincy Crew. One of the team’s position four players, Arif “MSS” Anwar, has been tested positive for coronavirus. According to the rules of Singapore Major, he is not allowed to participate in the tournament.

Quincy Crew is just another team to have to deal with a COVID problem. The news was regretfully announced by Team Manager Jack “KBBQ” Chen through Twitter that MSS has been tested positive for the virus and is unable to make it to Singapore for the tournament. He also said that his symptoms were mild. KBBQ also mentioned that they were looking for a substitute who would be able to fly in time for the match.

KBBQ later announced that  Milan “MiLAN” Kozomara will be joining the team as a stand-in player for Singapore Major to compete, so long as he gets the COVID test negative and the rest of the documents in time.

MiLAN brings plenty of tournament experience with him, having played in various tournaments over the years. He recently played for the former mudgolems stack that was signed by Tundra Esports in January. MiLAN was also on the Chaos Esports Club Dota roster that released before the organization picked up Quincy Crew in November 2019. He just qualified for the second season's lower division with a new team, Ghost frogs, alongside former Vikin.gg mainstay Tobias “Tobi” Buchner and old mudgolems teammate Duško “BoraNija” Boranijaševic. MiLAN will be a position four player replacing MSS. Even though the team will be at loss without MSS, MiLAN will add value with his experience to the team.

Quincy Crew’s roster for the Singapore Major without MSS:

Another team that had to stop one of its players from participating in the Singapore Major is Team Nigma. The team announced through Twitter that offlaner Ivan “MinD_ControL” Ivanov has tested positive for the coronavirus and would be kept away from the tournament.

MinD_ControL was feeling unwell before the team started their preparations and hence did not join the team's bootcamp in Jordan. Later, his test results confirmed that he has coronavirus, and according to the Singapore Major's rules, will be kept out of the game. MinD_ControL is now the fourth player who has qualified for the Singapore Major to test positive for the coronavirus shortly before the tournament.

Team coach Roman “rmN-” Paley will move to the active roster to fill in for MinD_ControL. With him in the lineup, Nigma has had fairly successful results. This is not the first time rmN- is playing as a stand-in for Nigma. Previously, he stood in for KuroKy at several tournaments like ESL One Germany 2020 and OGA Dota PIT S3: Europe/CIS since KuroKy was nursing and recovering from an arm injury.

Nigma's full roster competing at the Singapore Major will be:

With the Singapore Major being a few days away from its start, it's not only the players that are missing out on the tournament. But the talent crew as well. The talent crew is expected to travel this week for the tournament but it turns out Ioannis “Fogged” Loucas won’t be attending the Singapore Major now. He has been very ill since Saturday and his girlfriend has tested positive for coronavirus. Although, his test results have not come in yet. Fogged also missed out on online coverage in January. He was supposed to arrive at the DreamLeague studios for the Europe and CIS Dota Pro Circuit leagues. However, at that time, he was turned away at the Swedish border.

Fogged quoted on Twitter: “ I unfortunately will not be attending the Singapore Major. Been very ill since Saturday, and my girlfriend's PCR test came back positive yesterday. My results should be back today. Stay safe everyone.”

South Korea-based organization T1 announced through Twitter that Carlo “Kuku” Palad would not be traveling with the team to the tournament. Kuku is also the victim of health problems. Instead, the organization is bringing its first Dota 2 player, Lee “Forev” Sang-don, as a stand-in. In a set of deleted posts by Kuku, he confirmed he tested positive for COVID-19.

Forev has played with multiple members of the current T1 roster in the past and has played for the team from 2019 to 2020. He has a lot of Dota 2 experience, so this isn't the most damaging hit for T1. But the a roster change at the last minute always has an impact.

The organization just recently replaced Souliya “JaCkky” Khoomphetsavong with Nuengnara “23savage” Teeramahanon. As a result of Kuku's absence, T1 will now be attending the Singapore Major with two different players compared to the roster that it qualified for the tournament with.

T1 will open its wild card campaign against Monaco Gambit on March Saturday, 27 at 10:00 SGT. The team will resume its day at 14:00 SGT when they face Vici Gaming and Team Liquid at 16:00 SGT.

Teams participating in the Singapore Major are expected to depart for the event in the coming days, if they have not already departed. The foreign teams that come to the republic will not need to quarantine for 14 days. Instead, they'll be required to take a COVID-19 test and undergo a 48-hour isolation period upon their arrival to the country. In addition, they have to follow a strictly-controlled itinerary during their stay.

This is the first offline Dota 2 tournament since March 2020. The last offline event for Dota 2 was the Los Angeles Major that was postponed midway due to the pandemic.