When the dust settled from perhaps one of the most interesting Group Stages that we’ve seen at any TI so far, it’s time to take a look at which teams lived up to the expectations and which were simply blown away from the competition.

With the group stage behind us, it’s time to focus on the main event. We know how to make the lower bracket run and we will do it again!

Thank you for your support so far but it’s time to take it up a notch as we look to take out #TI9!#LetsGoLiquid pic.twitter.com/xVXKnRzAPH

The first group of The International 2019 was truly a joy to watch. We saw some of the best players in the world giving it all out so that their team prevails. PSG.LGD, Team Secret and TNC were expected to reach the upper bracket because their performance throughout the DPC season has been outstanding. However, Newbee and Team Liquid are definitely the biggest surprises here.

The European powerhouse did a very controversial roster change just before the EPICENTER Major by pretty much swapping Lasse Aukusti "MATUMBAMAN" Urpalainen for Aliwi "w33" Omar. At first, it seemed like the change was for the better because Liquid finished second in this Major. However, their performance at this years’ TI so far is very questionable.

Newbee, on the other hand, is looking very fresh and confident in their own performance. They had just a few issues against “the big boys” in the group and are now looking forward to meeting their next challenge which is the TI 8 champions - OG.

We manage to thwart @teamsecret's Techies, tying the series.

Thank you for your support, we're looking forward to next season.#CreateChaos pic.twitter.com/v4dr8POxIw

Sadly, Chaos Esports Club, a team that definitely has amazing players, got eliminated. Rasmus "MISERY" Filipsen and Co. were just unable to utilize their full potential. In fact, they managed to win only three games out of eight, leaving them in the last place wit just three points. The future of this team is still unknown but considering their performance, we might be expecting changes pretty soon.

Unlike the results in the first group, everything here was “according to plan”, Basically, the strongest teams grabbed the first four spots for the Upper Bracket. However, there is one team which, so far, is the biggest upset of the tournament - Ninjas in Pyjamas.

In fact, Peter "ppd" Dager and his team-mates were even considered to be one of the “hidden favorites” to win this years’ event. When you think about it, they’ve been constantly improving ever since they started playing together. They even managed to win two Minors in a row, as well as a top-six finish at MDL.

Despite that, NiP had the absolute worst start, managing to win only one game in their first eight attempts. During day 3, the managed to bounce back a little bit after getting two wins but the damage was already done. The funny thing is that their last glimmer of hope was shattered by PPD’s favorite “beef” team - Evil Geniuses. Similar to Chaos EC, NiP’s future is still uncertain.

One of the biggest surprises yet again is OG. The current TI champion had an abysmal DPC season and barely managed to secure their direct invite. However, ever since the Australian prodigy Anathan "ana" Pham came back to the squad, OG changed completely and now, they finished first in Group B with the highest amount of points out of any team - 14.

If there is anything bad about this tournament, it has to be the picks for some teams. While it is truly amazing to watch how they pull them off, playing Dota 2 right now is a living hell. After OG’s IO carry and all the Invoker supports, the pub meta right now is … strange, to say the least. In fact, it is definitely not advisable to push any MMR until TI 9 ends. Unless, of course, you just want to experiment.

Every single TI has its own unique all-star match which is always fun to watch. Having said that, this years’ game will be entirely based on the Fantasy Points ranking. The top players will compete in an All Random Death Match (ARDM) mode on the 23rd of August. For those of you who do not know what ARDM is, players will have to play a new hero each time they die.

Another cool addition this year is that you can choose your favorite player in the Fantasy Challenge and he will earn you double the points from participating in the All-stars match.

This is undoubtedly the strongest stack of teams we’ve ever seen at any TI. Literally, every single team can defeat the rest, which makes the outcomes of the series unpredictable. Tomorrow, four new teams will pack their suitcases and go home after the massacre in the Lower Bracket.

Is Team Liquid capable of unleashing their full power versus Fnatic? Can Infamous continue their Cinderella story against Keen Gaming? We will find the answers to those questions tomorrow.

Also, let’s not forget the main attraction for tomorrow - the Upper Bracket. PSG.LGD will go head to head with the strongest CIS team - Virtus Pro in what appears to be a real clash of the titans.

In the second game of the day, the Chinese powerhouse Vici Gaming will have a very hard challenge ahead of them - TNC. It will be interesting to see whether the SEA team is able to stand their ground against such a formidable foe. Dardoch is off of the TSM LoL roster. Team SoloMid (“TSM”) bid farewell to their Detailing the fallout from the supposed aim assist adjustments with patch 12.61. Aim assist in 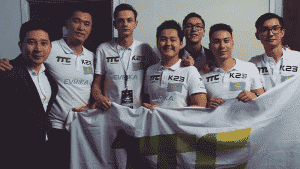