ESTNN's Veselin Ignatov has our predictions for the Dota 2 Battle Pass predictions minigame.

With less than four days until TI 9, fans should be buckling down for a great pinnacle event. Interestingly, anyone with a Battle Pass can make some pretty fun predictions for the tournament. It's definitely not a new feature, but its a classic in the Dota 2 community.

In fact, there are a ton of different predictions that fans can make, ranging from most picked heroes to which players will perform the best. Today, though, we're going to focus on tournament predictions. These are by far the easiest of the predictions to get right, simply because we can use data and statistics to make the predictions much easies. Additionally, it's very important to get them right; players can end up winning tons of Battle Pass points relatively easy.

Total number of games played in the main event

This is by far the easiest prediction to get right, especially since the TI tournament format is the same as years before. Having said that, last year, the correct answer was from 45 to 49. It's always possible to see a change due to the high skill cap of the TI 9 teams, but we still believe that 45 to 49 will be the best answer.

Nearly every single top tournament his year has had its own “meta.” Of course, this means there a huge number of different heroes picked in professional games. However, we believe that the recent changes were not that drastically in terms of nerfs and buffs, which means that the meta is still very diverse and there are many viable heroes.

Of course, there could be a few strange compositions that affect the answer here. Despite that, we believe that the correct answer here will still be 101+.

This is a very tricky prediction as varies greatly depending on the current meta. In general, hero bans in Dota is also related to the picking popularity. This means that if there are many heroes who are worth picking, there will also be a lot of bans. Having said that, we personally think that the right answer here is 81 to 90.

It is possible for this number to rise a bit, but we doubt it.

The most combined total kills in a game

This one is very random because there's no way to predict how the games will play out.. Having said that, the number of kills in a game is normally related to how long the games go. Since there are some teams at TI 9 which tend to play longer games, we might want to pick something higher than we normally would if there were faster teams in attendance. We picked 101 to 109 because we believe that there's a possibility that there will be a very long game, After all, there are a lot of (slow) Chinese teams at TI 9.

The longest game of the tournament

As we mentioned, this prediction is directly related to “Most Combined Total Kills in a Game.” If you chose a high amount of kills, you should also choose a long game time here. On the other hand, you could hedge your bets and pick a slower game time, increasing your chances of getting at least one correct. Our pick is 70 to 79:59 because the current meta allows games to go that long.

The shortest game of the tournament

This one is probably one of the easiest one to guess – from 15 to 19:59 is our pick. Historically speaking, there has always been at least one pure stomp in every TI so far. What’s more, there is more gold on the map right now, which can also allow for a faster snowball.

The most kills by a hero in a game

The best answer here is 26+, even though many people will not agree. When you think about the quality of the players that will be playing at TI 9, it is very possible to see some spectacular results. What’s more, heroes such as Outworld Devourer and Storm are very popular right now. And as we know, they are one of the easiest heroes to score kills with, and a serious snowball isn't out of the question.

The most deaths by a hero in a game

Feeding isn't really an issue when it comes down to professional teams, but there have been many cases where a position five player of a team gets stomped and finishes with an abysmal score. That’s why we went with 15 to 17.

The most assists by a hero in a game

Again, related to the previous answers, the logical prediction here is 36+. In addition to that, 36+ has been the correct answer for this category ever since Valve introduced the predictions into the Battle Pass. What’s more, TNC is also here, and they always finish with a high assist count.

The highest GPM by a hero in a game 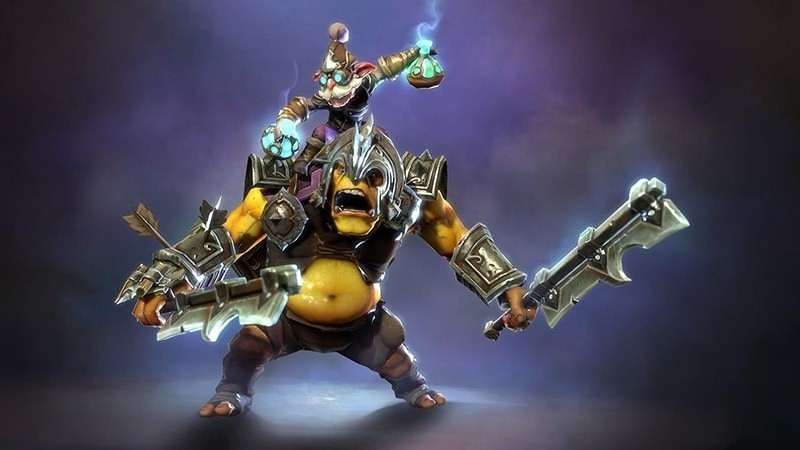 This is definitely the easiest pick out of them all – 1000+. Teams will most likely pick their fair share of Alchemists, and at least some of them are going to have good games. As we know, given the proper start, this hero is capable of breaking records in terms of GPM. What’s more, the range creep’s bounty is now through the roof.
Make sure to follow us on Twitter and Facebook for the latest esports news.

Images VIA: Rebull and DotaFire