Vici Gaming are always one of the favorites when there is a TI, we take a look at how they'll hold up against the competition this year.

Vici Gaming is a Chinese powerhouse where some of the best players in the region had the chance to shine over the years. As a result, Vici has always been a mighty opponent, despite not winning The International yet. Even though the team reached the Grand Final during TI 4 against Newbee, Vici Gaming failed to win.

2020 and 2021 were not the best years for Vici, but this doesn’t mean the Chinese eSports organization does not have what it takes to win. Let’s take a look at some of the team’s biggest accomplishments over the last two years.

A lack of good results

Vici Gaming was one of the most successful teams in 2019. The Chinese powerhouse was able to rip through most events and won things, such as DreamLeague S11, EPICENTER Major 2019, Midas Mode. and so on.

2020 should have been an amazing year for Dota 2 because of TI 10, but COVID-19 messed up many people’s plans, including Vici’s. After winning countless events in 2019, the team failed to lift a single trophy in 2020. Perhaps the team’s most impressive accomplishment was its third-place finish at DreamLeague S13. This happened in January, which was just a few days before the Coronavirus took over the world.

After most events became online, VG was unable to show its prowess. The team finished second in several consecutive tournaments, including in the DPC battles. In the end, Vici received an invitation for the biggest tournament in Dota 2, which is scheduled to take place in October of 2021.

Despite the poor results throughout 2021, this year didn’t start well for the Chinese powerhouse either. The team hasn’t won anything yet, and it even finished on 7th/8th place during the first Major of the year. Vici’s last tournament was i-League 2021 Season 2, during which they managed to read the Grand Final. Sadly, the Chinese squad was unable to win against Team Aster and finished second.

Judging by the team’s recent performance, Vici Gaming will definitely have problems winning the most prestigious event in Dota 2. Despite the fact that the Chinese squad has people, such as Zeng “Ori” Jiaoyang, it will have to up against the best in the world. Besides the other Chinese teams like PSG.LGD and iG, Vici will have to compete against Team Secret, Evil Geniuses, and much more.

The good news is that VG has the players and the experience to win every event, including this one. It is up to Ori and his teammates to show the world what they’re capable of. 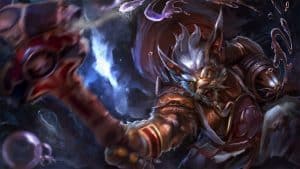