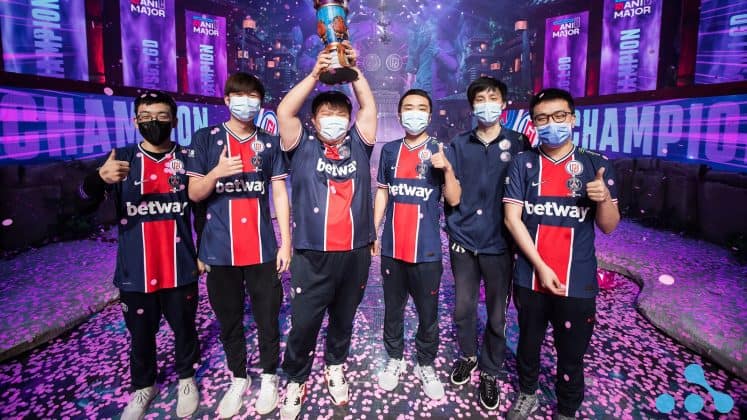 LGD are undoubtedly one of the top teams in the world. With TI 10 getting closer every day we take a look at how they fare heading in to the tournament.

The Chinese Dota 2 scene has always been home to some of the most talented Dota 2 players in the world. Although the professional Dota 2 scene was dominated by EU teams in the last couple of years, several Chinese powerhouses were able to go toe to toe with them. One of those teams is PSG.LGD, one of the first Dota 2 squads that became partners with a football club.

PSG.LGD managed to secure a spot for TI 10 after achieving good results in the Dota Pro Circuit. This allowed them to compete for the biggest prize pool in esports without the need to go through the deadly qualifiers.

The fact that TI 10 couldn’t take place last year didn't allow the Chinese to show everything they're capable of. Luckily, they were able to rip through the competition in the numerous regional online tournaments. PSG.LGD won most of the tournaments it attended, including the China Dota 2 Cup Season 1, CDA-FDC Professional Championship S1 and S2ESL One Birmingham 2020 – Online: China.

The team continued its dominant performance in 2021, but weren't quite as efficient as in 2020 — especially during the first half of the year. Despite taking part in several events, Wang “Ame” Chunyu and his teammates did not win any of them. Yet, the team secured a 3rd place finish at the ONE Esports Singapore Major after losing against IG.

The first big success of the year came in June when PSG.LGD took part in the second major of the year. The WePlay Animajor was amazing to watch because we got to see loads of action. In the end, the Chinese team had to prove itself against Evil Geniuses, a matchup that usually goes in favor of the NA squad. Luckily, this was Ame’s lucky day as he and the other members of his team demolished their opponents. Following the 3-0 victory, LGD won the second Major of the DPC.

Even though Dota 2 is not an individual game, each player’s skills count. That’s why it is always good if you have talented teammates that you can rely on.

This isn’t something that PSG.LGD’s fans have to worry about because they have players, such as Ame, Cheng “NothingToSay” Jin Xiang, Zhang “Faith_bian” Ruida, and more. Every player has proven himself in the competitive Dota 2 scene over the years, including in previous TIs. In fact, PSG.LGD almost won the trophy back in 2018, but they lost against the mighty squad of OG.

Despite not being the heavy favorites, PSG.LGD definitely has the potential to win the most prestigious tournament in Dota 2. The players have enough experience that allows them to show what they’re capable of, despite the enormous prize pool.