Fnatic is well capable of building on what they can achieve, but can they do it in The International?

Fnatic are the second Southeast Asian team to take part in The International 10. Founded in 2004, it is one of the oldest teams to be a part of the Dota 2 professional scene. Being one of the most popular teams in Asia, Fnatic need to step up their game in the upcoming tournament. Their last International was not the best performance, and the newly formed squad needs to change that.

Journey To The International 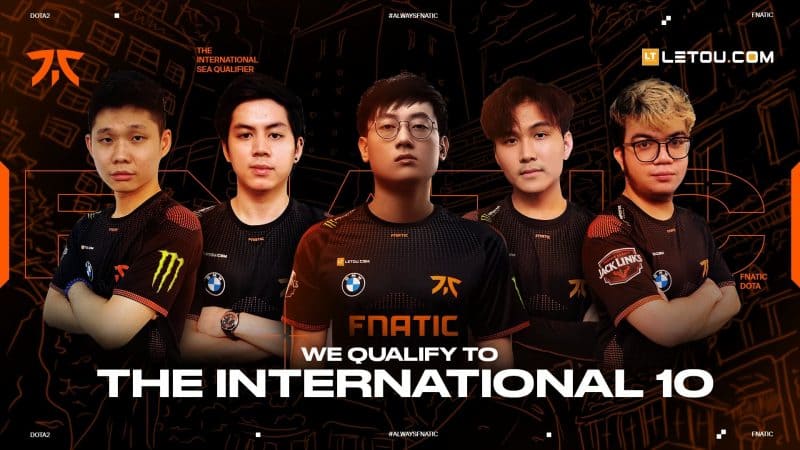 Season 1 of DPC proved great for Fnatic, who could top the table. However, their success didn’t last long and the team couldn’t perform well in the Singapore Major. The top spot in DPC gave Fnatic direct entry to the playoffs, but they lost to Evil Geniuses in the Upper Brackets. The team failed to bounce back against Neon Esports and had to exit the Major.

After a change of offlane position, where Masaros made way for Ng “ChYuan” Kee, Fnatic hit the road for DPC Season 2. In a race with in-form teams like T1 and TNC Predator, Fnatic had a hard time getting a grip in the circuit. They finished fourth, but lost their chance to take part in the Kiev Major.

Fnatic made some adjustments post DPC. They brought in Yang “Deth” Wu Heng as their position 3 player. ChYuan moved to the position 2 role after Moon joined Team SMG. Fnatic didn't qualify even after a brilliant Season 1 in the DPC and had to play regional qualifiers for a seat in Dota 2’s most reputed competition.

Odds In The Tournament

The regional qualifiers is an example of Fnatic’s capability as a team. In order to book their places at The International 10, Fnatic had to face tough opponents like TNC Predator, Neon Esports and Omega Esports. However, the team struggles against big names and TI 10 will be full of them. This is not only Fnatic’s problem, but unfortunately most SEA teams may struggle in Bucharest, where the stakes will be extremely high.

Fnatic’s most recent participation in the OGA Dota PIT Invitational didn’t go well. They lost 2-1 to Tundra Esports who were excellent in the competition. They also couldn’t win against Team Spirit in the LBs and were knocked out of the tournament. Fnatic have a good squad with experienced players like Raven and Djardel Jicko B. “DJ” Mampusti who's also their captain. However, the 10th edition of The International has some of the most in-form teams. In all honestly, for Fnatic to win the tournament would be a tall order. But any progress they make in the Groups or later in the Playoffs will be an enormous achievement for the squad.