Dota 2: Three Things to Take Away From The Bukovel Minor 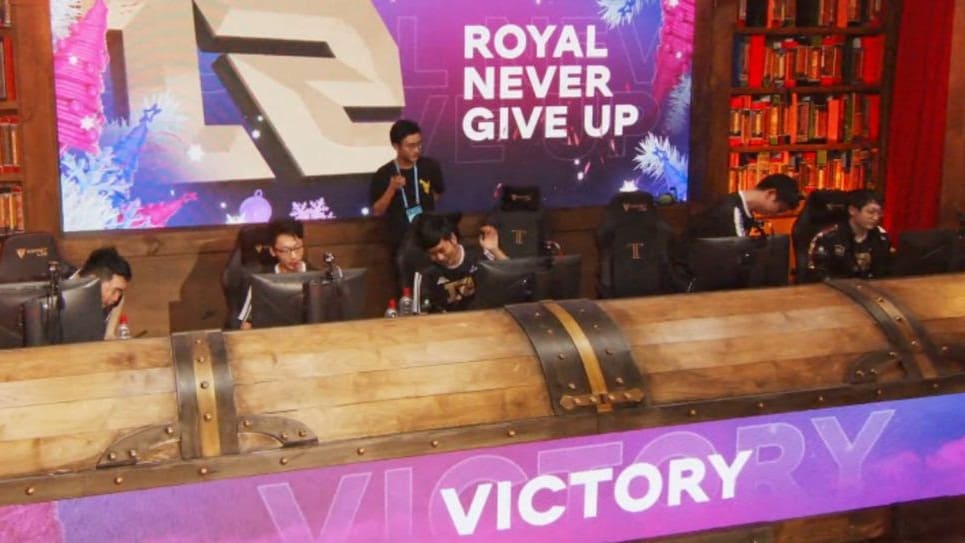 Now that the Minor is over and done, here are our three biggest takeaways from Bukovel.

After a couple of days of amazing Dota, the second Minor of the 2019-2020 DPC is finally over. WePlay!’s Bukovel Minor was an amazing tournament that every singe Dota 2 fan enjoyed. We saw many interesting games that will definitely go down in history. Of course, the highlight of the tournament was the Grand Final.

Each of the four games there was amazing to watch but the second one definitely stood out. Not only did we see one of the biggest comebacks of the year, but we also got the chance to experience the Tier 7 Neutral Items, which are absolutely broken.

Having said that, here are three things to take from this tournament.

Royal Never Give Up is on the path to success

Despite not being among the most famous Chinese Dota 2 teams, Royal Never Give Up is playing very well so far. In fact, they pretty much ripped through every team in this tournament, including Nigma. Du "Monet" Peng and his team-mates even won against TI 7 champions in the first round of the Playoffs.

However, it seems like this team is just missing out on the finishing moves. This was very clear during the Grand Final against Nigma. Apart from the third game, the Chinese absolutely dominated their European counterparts. In games two and four, they had a massive lead of over 40k net worth and still lost, which means that there are things that have to change. Whether it’s confidence or class is yet to be seen.

The champs are here! We ended up on top at The WePlay! Bukovel Minor. GGWPP @RNGRoyal you were a worthy opponent.
Leipzig here we come!#StarsAlinged pic.twitter.com/6fxnxF8qqP

Ah yes, the ex-Team Liquid is finally back after their long post-TI 9 break. The European Powerhouse managed to win the Bukovel Minor as many people expected from them. However, it was definitely not an easy ride.

In fact, Nigma was on the edge of being eliminated a couple of times in a row. This has to show that the team still needs to improve a lot on this patch, especially if they want to go toe to toe with the best teams in the world right now.

After their trophy in Bukovel, Nigma will now have to defend its pride in the Leipzig Major. It is going to be the second Major of the 2019-2020 DPC, so definitely be sure to watch it.

Geek Fam have what it takes to lead SEA

Despite not making it to the Grand Final, Geek Fam improved a lot during this tournament. Many people expected them to be among the first one that will leave this event. However, this was not the case as they demolished their enemies in the group stage.

Even when it was over, the SEA team managed to cope with Gambit Esports, which as we all know are one of the most dangerous teams in Dota 2 nowadays. Unfortunately, the next two series were not all that good for Carlo "Kuku" Palad and Co. They’ve felt shortly against RNGU and then were eliminated by Nigma in the Lower Bracket.

Despite that, Geek Fam delivered a clear message that they have what it takes to win hard matches. Now, it’s up to them to go against Fnatic and TNC and prove that they are the best team in their region.

The second Major for this DPC begins in just five days from now. We will be able to see six of the best teams in the world going head to head in Leipzig, Germany. They will be fighting for the gigantic $1M USD prize pool, as well as 15K DPC points.

Expect more information about it soon. In the meantime, be sure to check our Bukovel Minor recaps if you missed on any of the action.