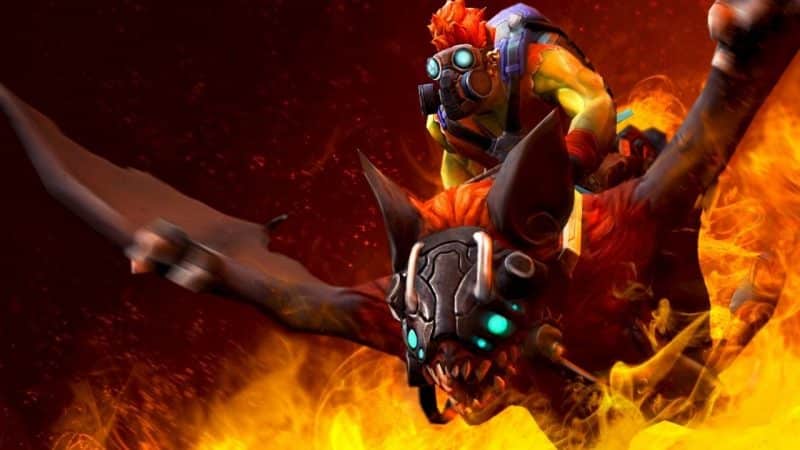 Let’s take a look at some of the worst heroes in the EU DPC Upper Division.

It’s been over a week since we last saw a match in the EU DPC. We got to see loads of interesting series and loads of heroes. That’s why we decided it’s time to take a look at some of the heroes that performed the worst in the Upper Division.

Every hero you see below was picked over 10 times.

This might come as a surprise, but the hero in the Upper Divison that was picked more than 10 times is Batrider. Out of ten games, the hero has only one victory, which is horrible, considering the fact this was the go-to option for many pro players a few patches ago.

Batrider is one of the heroes that can make a lot of difference in a game. He is able to farm pretty fast and get his core items, which allows him to roam around and secure kills. However, after Aghanim’s Shard was introduced to the game, there are heroes that do Batrider’s job better.

The second hero on this list is one of the most popular offlaners in the game, Dark Seer. He used to play a major role in many team lineups, but it seems like the newest updates made him less popular than before. Out of 12 games, the hero has only four victories, which is a clear sign that he is not as strong as he once was.

Generally speaking, Dark Seer does wonders alongside other heroes, such as Slark and Ursa. The latter is a popular carry in the current meta, but it seems like most teams need a different kind of offlaner.

We might see the hero back in the meta, but for now, he won’t be the go-to option for most teams.

Up next, we have the first carry on our list, which is Ursa. If you take a look at Secret’s superstar Lasse Aukusti "MATUMBAMAN" Urpalainen, you might think that this is one of the best heroes in the meta. However, this isn’t the case because she has six wins and 12 losses, which makes her one of the worst carries in the DPC so far.

Ursa has always been a controversial hero in the pro scene. Even though this is one of the best “pub stompers”, the hero was never that good in pro games because she can easily be shut down. In other words, unless Ursa snowballs out of control, it is difficult to scale later on.

Pangolier is a cool hero that can take different roles and he usually does his job pretty well. When he was first introduced in Dota 2, he became one of the most successful heroes in the game. Besides being a great offlaner, people picked him for the mid lane as well.

During the EU DPC Upper Division, we got to see Pango 13 times. Sadly, he only won five games.

Despite being really strong support throughout the entire game, he has seven wins and 11 losses. Needless to say, this doesn’t make him the most effective hero, especially compared to some of the meta supports.