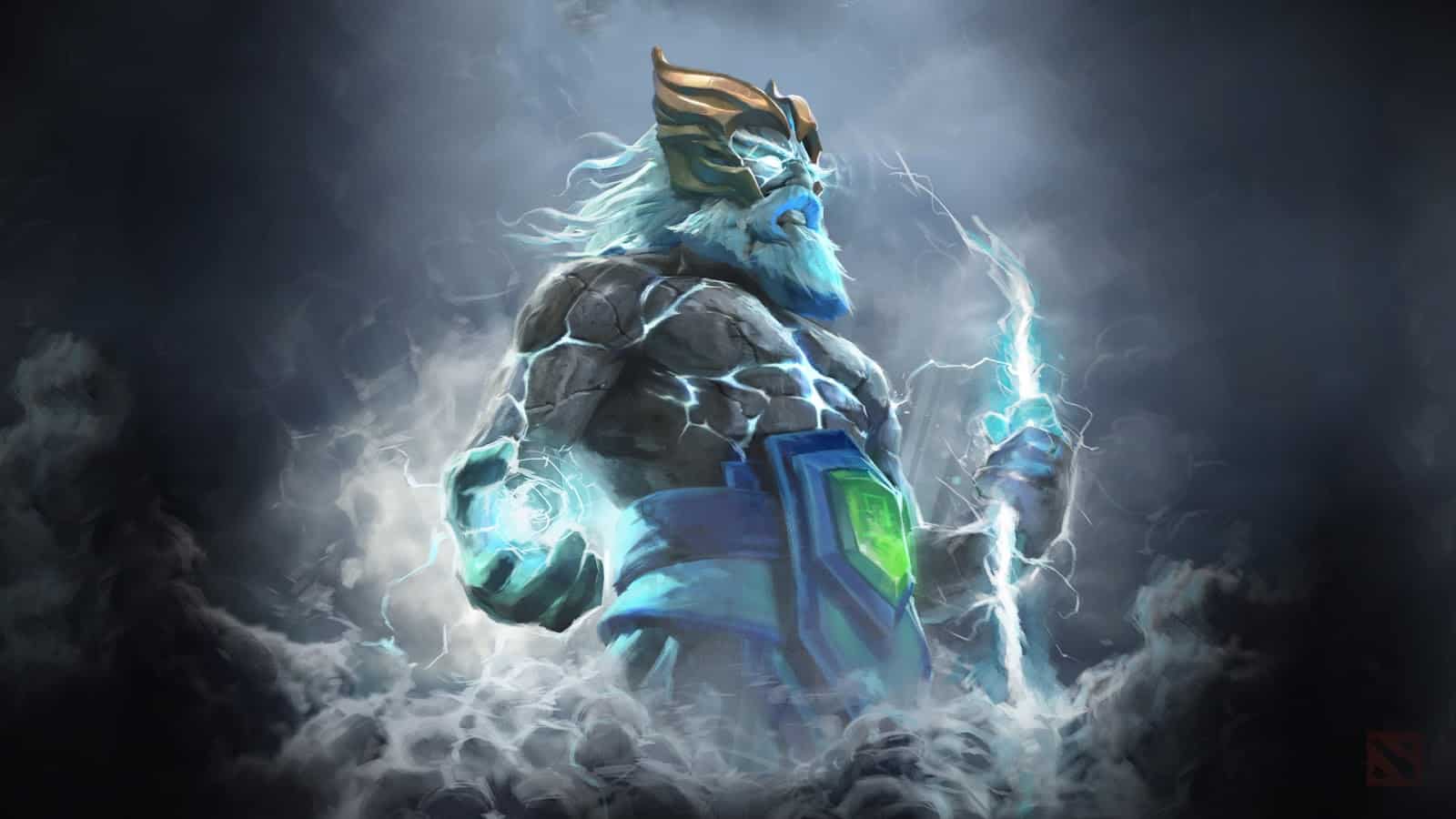 Here are some of the best heroes that you can buy this item on.

Aghanim’s Scepter is one of the most popular items in Dota 2. Those of you who played in the days of DotA probably remember that back then, this item only used to work on a handful of heroes and only for their ultimates.

However, not long ago, Valve decided to basically add an Aghanim’s Scepter upgrade to pretty much everyone. That’s why nowadays, regardless of what hero you get, you will have some sort of an upgrade for him.

What’s more, apart from the ultimate, there are a lot of Agh upgrades that affect other spells. In fact, there are several heroes that even get new abilities, which is always cool. Having said that, let’s take a look at some of the strongest Aghanim’s Scepter upgrades that you can get. We will include both core and support heroes in this list, so keep that in mind.

The first on this list has to be Zeus. Everyone who loves to play this hero knows that an Aghanim’s Scepter is an essential upgrade to this hero’s arsenal. If you remember, this item previously used to increase the damage done by his ultimate. Although it was considered to be a pretty solid upgrade back in the days, many people didn’t really bother doing it because they’ve thought it was a waste of money.

However, after the changes, this has become the go-to item for every Zeus player out there. Instead of increasing the damage of his ult, this item now gives him a new spell called “Nimbus”. This is a global ability that can be used everywhere on the map. Once you choose where you place it, a little cloud will appear that will automatically cast your Lightning Bolt inside a small AoE. If there is more than one target there, the spell will randomly hit one of them.

This can be an incredible way to stop all sorts of channeling spells or snipe, someone, while he is trying to run away. That’s why it’s no surprise that almost every Zeus player buys this sooner or later.

Even though this hero mainly takes the role of support most players tend to buy this item at one point in the game. As you know, Lion has one of the strongest single-target ultimates in Dota 2 that deals loads of damage. However, there is one big problem - the spell has a gigantic cooldown.

This is where the Aghanim’s Scepter upgrade comes to hand. Apart from making the spell AoE (Lion can hit multiple units at once), it also drastically reduces its cooldown. As a result, Lion can use his ult really frequently (as much as twice during a team-fight). What’s more, this also scales very well in the late game when he gets additional damage to his ultimate.

Even though this is an amazing upgrade, the main problem is that the item is just too expensive for support. That’s why some people prefer to go in the mid lane, just so they can benefit from this item as soon as possible.

Luna is one of the most versatile carries when it comes down to the items that you can buy for this hero. Even though she is one of the most formidable right-clickers, this hero can also be played entirely on magical damage. This might seem strange at first but once you learn how to utilize this build properly, you will quickly learn that she can be really deadly.

As you can imagine, the main item in this new build is an Aghanim’s Scepter. When Luna buys this item, she gains the ability to cast her ult on an allied hero, which means that you can do some sick combos. There are all sorts of heroes that you can do that with, such as Storm Spirit, Spirit Breaker, and so on.

In addition to that, this item also allows Eclipse to hit its targets a lot faster, and, most importantly, it removes the limit of Lunar Beams that they can take. In other words, if you catch someone alone and you use your ultimate, you can do over 3000 damage in just three seconds.

If you haven’t tried using this item on this hero yet, we definitely advise you to give it a shot.

Ember Spirit is one of the most popular heroes both in the pro and the pub meta. He went through all sorts of changes in the last couple of years, both in terms of items and builds. However, ever since he received an Aghanim’s Scepter upgrade, the hero became even stronger.

Although this item was pretty strange for him at first, people quickly started to realize that it’s just broken. Ember Spirit is known for his elusiveness, especially if he gets at least one defensive item. Well, if you go for an Aghs upgrade, you will become nearly impossible to kill, unless you really screw up.

This item will grant the hero a few additional remnants (he has 3 as default), it will increase their cast range, as well as the speed of the remnants themselves. In other words, you will pretty much always have a few remnants ready to either jump in or escape from danger.

This Aghanim Scepter upgrade works wonders alongside other trendy items, such as an Octarine Core, for example. Feel free to check some YouTube videos if you want to learn more.

Despite being a support hero, Witch Doctor is one of those supports that can kill the entire enemy team with his ultimate. Even though it’s strong even without an Aghanim’s Scepter, once he gets this item, he becomes even more deadly.

A well-placed Death Ward has the firepower to bring down almost every opponent. That’s why you can often see the infamous WD-Void combo that’s been popular for several years now. Having said that, if you manage to buy an Aghanim’s Scepter, you will get True Strike for your Death Ward, as well as the ability to bounce between several targets.

As you can imagine, this makes this ultimate really deadly, especially in certain situations. However, getting an Aghso n WD is easier said than done. The hero usually takes the role of a position five support, which is not the most profitable Dota 2 position, to say the least.

Queen of Pain has been one of the most dominant mid laner in Dota 2. Although she has always been popular, ever since Valve released an Arcana for her, she became even more picked.

In order to do as much magical damage as possible, this hero has to buy an Aghanim’s Scepter. Apart from giving her stats (which is always good), this item increases the damage of Sonic Wave and drastically decreases its cooldown.

Even though the damage buff is not all that impressive (50 more), the cooldown reduction makes it worth it. Once the hero gets this item, she can actually use it to clear creep waves when needed. Don’t forget that this ultimate does pure damage, which means that it’s always good, regardless of what stage of the game you’re at.

Considering the fact that she is always played as a core, QoP can farm this item in no time.

The second to last hero on this list is yet another mid laner that’s considered to be really popular. Dragon Knight is one of those heroes that recently received an Aghs Upgrade. As you know, this hero is known for his deadly ultimate that allows him to slow, deal damage over time and splash on his attacks.

Well, if you buy an Aghanimn’s Scepter for him,you will now get a fourth level on the dragon, which is called “Black Dragon”. This dragon will combine the abilities of the rest and will add free pathing, as well as bonus magic resistance.  In other words, you will become a dragon that pretty much no one will want to deal with.

However, the problem that DK has to face is that he is not the faster farmer in the world. That’s why getting to the point where you can actually buy this item usually takes some time. There are several must-have items before that, so unless Dragon Knight snowballs from early on, he will have trouble farming the item.

Nonetheless, if you get your hands on it and you have a few other items, you can be pretty sure that no one will try to kill you.

The last hero that we want to put on this list is Puck. Although this hasn’t really been the most popular hero in 2020, there are still many people who love to pick him both in the pro and the pub scene.As you know, Puck is famous for being one of the best tempo-controllers in Dota 2. Regardless if he takes the mid or the off lane, the hero has the firepower to participate in team-fights from very early on.

However, the thing that makes him bad is that his late-game presence is not really all that useful. Sure, he can cast silence and keep the enemy in place with his ult, but once someone buys a Black King Bar, the hero becomes pretty much useless.

This is where the Aghanim’s Scepter upgrade comes to hand. If you get this item for the hero, he can use his Dream Coil even on targets that have BKB. On top of that, the ult itself will have a longer duration and will do more damage.

Needless to say, this is a must-have, especially if you are going into the late game.