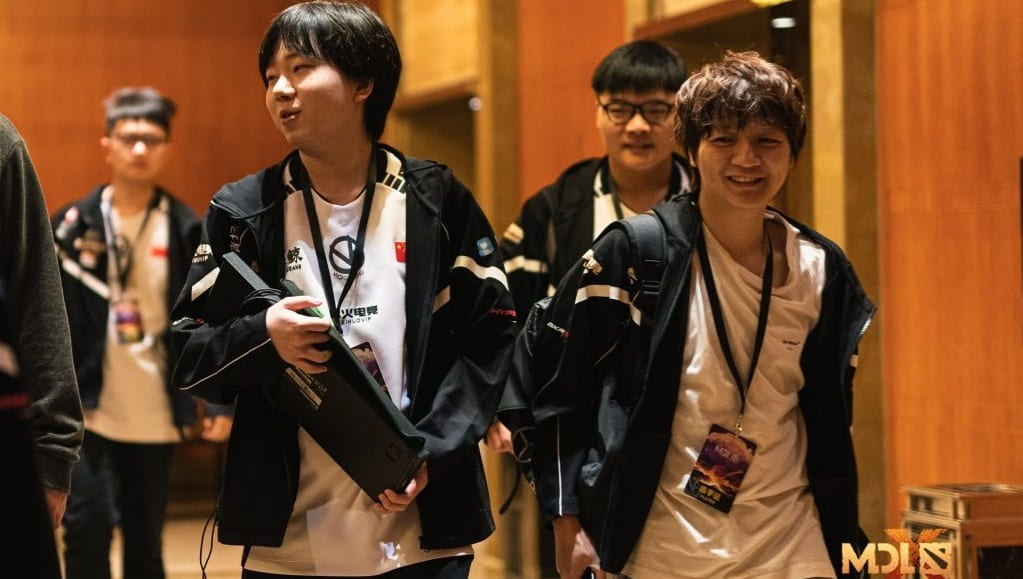 The closed qualifiers for DreamLeague Season 13, a.k.a the Leipzig Major, are now officially live. Day one was fantastic to watch as fans saw some interesting results. Even though it’s too early to tell what will happen in each group, we can already see some of the potential favorites.

Let’s see some of the most exciting results from EU, CIS and China

With a 2-0 win over SworDDarK-, our overall group record stands at 2-0 at the end of Day 1, we'll be back tomorrow for Day 2 of the group stage. #SecretDota #SecretFighting pic.twitter.com/ZsV9RZL3Rq

As expected, the first group here was heavily dominated by Team Liquid and Nigma. Both of them played very well, however, Nigma’s second opponent was definitely harder compared to the teams that Liquid had. After securing a very solid start in game two, Ad Finem managed to win against the TI 7 champions and secured themselves a chance to continue out of the groups.

Nearly the same happened in Group B. Team Secret and Alliance ripped through the competition like a knife through butter. Needless to say, tomorrow is going to be even more exciting here because the two Dota titans will have to go against each other.

We have 2 more bo2 series ahead of us, let's have some rest and come back tomorrow! #GOGOVP #DreamLeagueMajor pic.twitter.com/b8j7JC5fOh

Ever since the changes to VP’s roster, the CIS became one of the most fascinating regions. These qualifiers are no exception, as we saw a lot of surprises even on the first day.

Gambit and Team Spirit occupied the lead in Group A after pretty stellar performances. Having said that, many people expected jfshfh178 to do a lot better, but they were unable to live up to the expectations. If they want to have a chance at getting to the Major, they definitely have to step up their game tomorrow.

Surprisingly, the almighty Vitus.Pro couldn’t shine in Group B. Even though they started with a win against U.Nova, Natus Vincere was a little bit too much for Roman “Resolut1ion” Fominok and his team-mates to handle. If VP wants to go to the Leipzig Major, they need to win both of their series tomorrow. It will be a shame for such a team to miss two Majors in a row.

Vici Gaming and EHOME topped the first group in China after remarkable performances. Everyone expected this from Vici Gaming because they are one of the best teams in the world right now. However, most fans are pleasantly surprised by EHOME’s results. It seems like the addition of Liu "Sylar" Jiajun is paying off for them, as the team looks quite sharp. They just need another win tomorrow and they will secure their spots for the Playoffs.

Unlike Group A, there were no surprises in the second group. Team Aster and Invictus Gaming are clearly miles away ahead of the competition. Both powerhouses will have to go head to head tomorrow to decide which one of them will take the first place. Judging by today’s performance, we believe that Aster is going to be victorious.

We will try to do better tomorrow as the #DreamLeague Leipzig Major SEA Qualifier continues!#StrongerTogether#SummonYourStrength pic.twitter.com/0kRySi6o9j

This was, without a doubt, the region with the most surprises and upsets. TNC Predator, the MDL Chengdu Champions and arguably one of the best teams in the world, are currently last in their group after they played very poorly in both of their series. Of course, there is still hope left. However, it won’t be easy. They need to win both series tomorrow and hope that Reality Rift will make a mistake.

The results in Group B were not that mindblowing, as Fnatic and Boom ID dominated their enemies. Even though Nuengnara "23savage" Teeramahanon and his team have one point more, the direct clash tomorrow against Boom will be very important to determine which team will finish as a winner.

Be sure to watch the final day of the Group Stage tomorrow. The Outlanders Update is pretty fun to watch and you can also learn some new things.