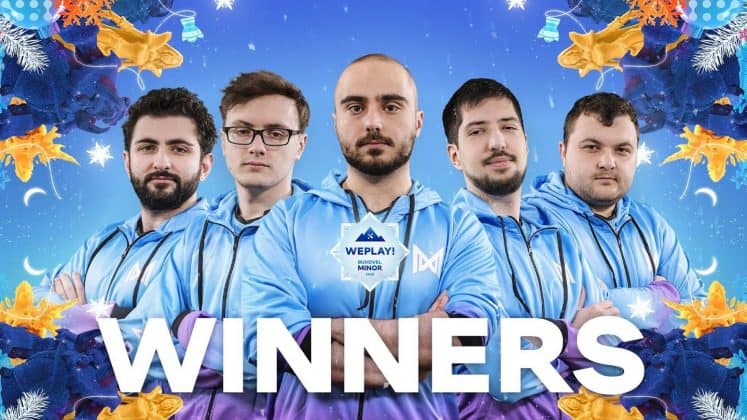 Here are all four groups for DreamLeague Season 13.

The second Major of the new DPD is starting very soon. Although the WePlay! Bukovel Minor finished just a couple of days ago, we now have to adjust ourselves for an even bigger adventure – the Leipzig Major. Featuring sixteen of the best teams in the world, this will undoubtedly be a tournament worth watching.

The teams will be divided into four GSL groups that consist of four teams each. After waiting for a couple of days, we finally know what is the distribution in these groups, so let’s check it out.

It was a long run! Thanks to all our fans for your love and support, we couldn’t have done it without you.
Special thanks to @WePlayEsport for an amazing event.#StarsAligned pic.twitter.com/KoIlhnVpqG

The first group of the Leipzig Major consists of Fnatic, Team Aster, TNC Predator, and Nigma. At first glance, it seems like every single one of these teams has what it takes to continue in the Upper Bracket.

Probably the most interesting thing here is that two of the SEA representatives are in the same group. Needless to say, the match between them is going to be more than just another series.

Another interesting name here is Nigma. Kuro “KuroKy” Salehi Takhasomi and his team-mates are on fire after their amazing victory at the Bukovel Minor. Nevertheless, they’ve shown that they still have a lot of issues to deal with, so it will be interesting to see if they managed to cope with them.

It’s safe to say that the battle for the first place here will be between Vici and TS. Both of them have been absolutely flawless in the last couple of months. This is especially true for Vici Gaming who won the ONE Esports Dota 2 World Pro Invitational in December.

On the other hand, Chaos Esports Club amd BC are also very strong teams. But unless a miracle happens, they will probably end up in the lower bracket. However, the current patch is unpredictable, so who knows.

HE CUTS IN FROM THE OUTPOST AND ULTS, IT'S NIKOOOOOOOOoooOOOOOoOOO!! ⚽️ pic.twitter.com/CMU5KbxTUp

Alliance, Reality Rift, Viruts.Pro and Invictus Gaming will have to determine which two will go to the Upper Bracket. Even though most people will say that Alliance is the clear favorite, that might not be the case. After all, both VP and iG are incredibly strong right now.

On the contrary, we don’t know much about Reality Rift. They completely exploded in the last SEA qualifiers, which is definitely a good sign. However, we are yet to see if this was just a “one-time thing.”

Let's recap the past year for our Dota 2 roster! What was most memorable for you?

The last group of this amazing tournament will put together Evil Geniuses, Na’Vi, paiN Gaming, and Team Liquid.

By the looks of it, EG and Liquid are definitely the two names that stand out. The NA powerhouse is performing very well after the roster changes in the summer, despite the grim predictions of their fans.

On the other hand, ex-Alliance rosters’ performance is a real rollercoaster. They’ve started this DPC very strong, after which they couldn’t score a single victory. However, their most recent results prove that they are now on the winning track yet again.

Pain Gaming and Natus Vincere are also two very respectable names in the Dota 2 world. The CIS powerhouse has been on the rise, especially after VP’s questionable results lately. This major will be the perfect chance for them to take the crown as the best CIS team right now.