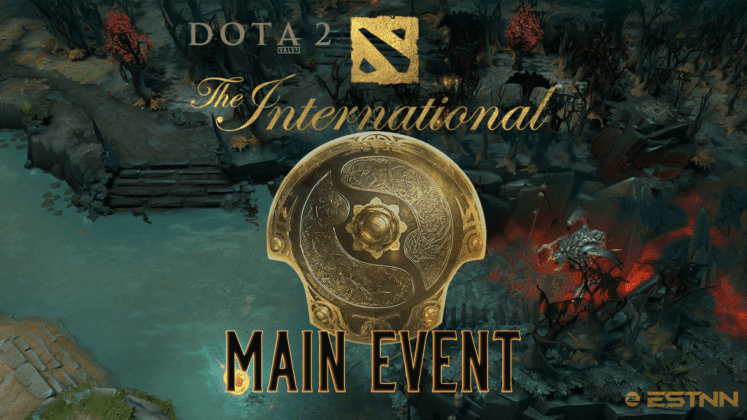 The highlights of concluding rounds and Upper Bracket Finals.

The International 10 is on the brink of ending and we have got a convincing picture of the tournament. The Chinese big guns and European behemoths were head to head along with some intense action and heartbreak. In Day 5 we see how PSG.LGD remain strong as a wall and Team Spirit pulling new strings to win games. We bid farewell to some brilliant teams who have thoroughly entertained the community with outstanding Dota.

Vici Gaming’s brilliant run came to a stop when they went against an in-from side of Invictus Gaming. The first match was a 51-minute belter of a game, where both teams looked fixated on winning. The main talking point of the game was the left out Aegis after IG took their first Roshan. At around 17 minutes in the game, IG killed Roshan, but forgot to pick up the Aegis. Shortly after that, VG’s Doom blinked in to pick it up. Even after a blunder with Roshan, IG were good enough to bag a win in the end.

The second game looked more in favor of Vici Gaming with higher net worth and score in the mid-game. However, they could not maintain the lead and lost fights to IG who slowly grew in net worth and controlled the game. With their 2-0 win against Vici Gaming, IG marched to the Round 5 of Lower Brackets.

Team Spirit have really shown their true potential in The International, even if they don’t lift the trophy, it has been a dream run for them so far. Starting well in the first game, both teams had an equal footing. However, as the game progressed, Team Spirit started picking up their pace and took the lead. They had a 5-7k gold advantage in the mid-game and started dominating the game even more after the 30-minute mark. Unable to fight against the massive damage coming from Team Spirit, IG fell apart and lost 9-21.

The second game saw more control from IG and a fast-paced early game from both teams. IG looked to take an early Roshan at the 17-minute mark. However, they failed to do so and Team Spirit could win fights with their Dragon Knight and Drow Ranger. IG were still in control of the game and it was difficult for Spirit to fight them head on, even after a 6k gold advantage. The game turned when both teams smoked and looked for a surprise fight at around 40 minutes in the match.

Even though Jin “flyfly” Zhiyi had refresher on his Faceless Void, the fight turned out ugly for IG as Spirit annihilated their entire team with Illya “Yatoro” Mulyarchuk’s rampage on Drow Ranger. Around 50-minutes, Spirit smoked again to catch IG off-guard, and they were successful in doing so. With no buybacks on IG, they lost 32-26 to Team Spirit.

The first game saw both teams fairly active to fight around the map. However, with Aghanim’s Scepter on Lycan in coordination with Tiny, LGD were looking extremely dangerous. They had a stupid amount of burst with Tiny’s abilties and high nukes from Puck, Phoenix and Ogre. Secret were trailing with a 6k gold deficit at around 28 minutes in the game. The gap only grew as LGD took more control of the game and were relentless in the game. The high damage and nukes from LGD were just too much for Secret to handle and they crumbled 12-22 in the first match.

The second match saw both teams with decent drafts to put on a show. The game was looking even but Team Secret were having a tough time locking on LGD’s heroes and finishing them. Especially with Zhang “Faith_bian” Ruida’s Legion Commander debuffing and giving magical immunity to allies with Press The Attack. After 30 minutes, Secret were having a net worth lead and a Cheese on Lasse Aukusti “MATUMBAMAN” Urpalainen’s Ursa and the Aegis on Michał “Nisha” Jankowski’s Gyrocopter. LGD had to give them the top barracks. Team Secret were miles ahead during the late game, having a 14-15k gold lead at around 50 minutes.

However, Secrets’s fight against LGD near the middle barracks resulted in an immense loss for them. Over extending and acting aggressively unnecessarily cost Secret with Ursa and Gyro’s life. LGD pushed the middle lane and forced Matu and Nisha to buyback. However, it was too difficult for them to close LGD and they died yet again. LGD turned the game upside down with a single chance. The Chinese team now awaits their next opponent in the Grand Finals of The International.

TI 10 continues with the Lower Bracket Finals. Be sure to catch all the action, live on Twitch.