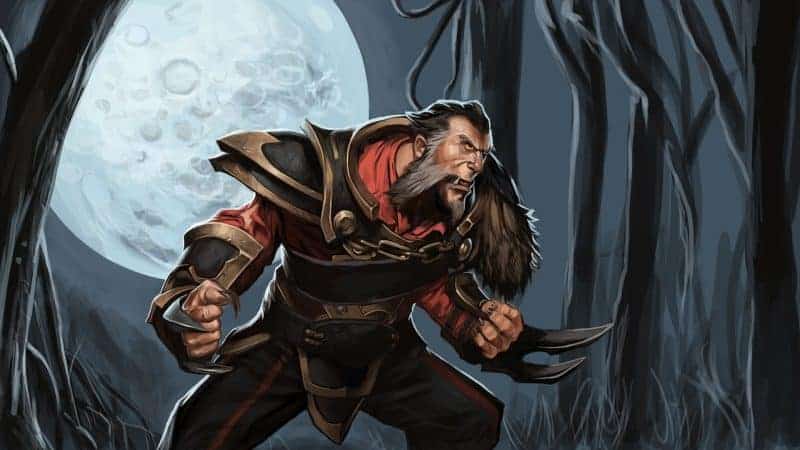 ESTNN breaks down the most successful Dota 2 heroes in the highest bracket.

After the end of the groups in the DPC, we have a few days until the start of the first Major of the year. That’s why we wanted to take a look at some of the most successful heroes in the highest MMR bracket.

If you're wondering which heroes to pick in order to gain MMR as fast as possible, definitely check out the ones below. Thanks to Dotabuff, we've lined up the most successful heroes in the Divine/Immortal bracket. Needless to say, they should work in lower-tier games as well, so don’t worry.

The first hero on this list also happens to be the most successful one. With a nearly 59% win rating, Lycan is the strongest carry in the current patch. This probably doesn’t come as a surprise because the hero has been the go-to option for many pro teams.

One of the reasons why Lycan is so good is because of his incredible mid-game potential. As long as the hero has a decent early game (which is not that hard), he can easily snowball out of control. Unlike other carries that need to accumulate a lot of farm, Lycan needs his levels and a Necronomicon, and he is good to go.

Even though the hero is really strong, he still has a few disadvantages — such as his questionable late-game. Even though he brings a lot of power, he can’t match some of the late-game monsters like Morhpling and Medusa.

Regardless of the patch, Broodmother will always be one of the most successful heroes in the game. That’s because the hero can easily counter the entire time, as long as she fits into the specific game. What this means is that you should never first-pick Broodmother, even if it's your favorite hero.

During the laning stage, Brood focuses on farming as much as possible. Thanks to her spiderlings, she can easily farm the lane and the jungle at the same time. This is what allows her to be deadly during the mid-game.

Broodmother is one of the few heroes that doesn’t really need Boots of Speed early on. That’s why you can often see some of the top-players buying things like Desolator or a Diffusal Blade.

According to DotaBuff, BM has a win-rating of just over 57%. Pretty impressive for a spider.

This is perhaps the most surprising hero on this list for many reasons. Enigma is one of the Dota 2 heroes that used to be an offlaner, but nowadays, most teams use it as position-four support.

Besides the hero’s pushing capabilities, the thing that makes it so dangerous is the Black Hole. This is one of the few ultimates in the game that can completely change the balance of power during a team fight. As a result, high-MMR players love to pick Enigma because they can always help their team, even if they are not doing well.

However, one of the things that you need to know about this hero is the fact it’s not that easy to play. Landing a good Black Hole is complicated, which is why it is not recommended to pick Enigma unless you have a lot of experience.

Up next, we have another support hero called Bane. This is one of the heroes that relies a lot on the current meta, which means that he might not be that good once the new updates come out.

Bane is a popular hero because he can easily disable two heroes at the same time. Moreover, he can work very well with other popular heroes, such as Mirana. Together, they can secure easy kills early on and prevent the enemy team from farming.

Being a support hero, your job is to do as much damage as possible during the early game. Once the late game arrives, you have one job only, and that’s to disable the most important enemy hero.

The last hero on this list is really popular in every skill bracket. Beastmaster is an offlaner that works wonders when he is paired up with heroes that have a lot of pushing power. The most common option is Lycan, but you can often see the hero alongside Drow Ranger, Shadow Fiend, and Medusa.

Similar to Enigma, Beastmaster is fun to play and his ultimate can make wonders. However, the hero requires a lot of unit control, which doesn’t make it the most “noob-friendly” heroes in Dota 2.

Luckily, there are numerous guides on how to become a better player, so make sure you check them out.

Don't forget to follow ESTNN for all the latest Dota 2 and esports news!