After taking a day off from the action, the players are back on track. Today, two more teams had to leave the tournament, which means that there are six of them left in total.

The first thriller of the day was between two teams which have had a lot of ups and downs in the last couple of months.

In game one there was yet another clash between the two late-game monsters – Anti-Mage and Medusa. They are two of the most picked heroes at the event so far. However, according to Nahaz, Dusa has a 10-3 W/L ratio advantage over AM in patch 7.20. This is a clear sign that AM is not the counter that he used to be.

The Chinese team used the draft advantage and bullied EG’s lanes since the start.

Around the 13th minute mark, EG made a colossal mistake by diving in to kill the enemy support. This resulted in the death of Sumail and Cr1t, which gave the lead to Vici Gaming and the Chinese were able to get a tower and Roshan.
Having that power, Vici decided to try and finish the game before the Anti-Mage gets out of control. Unfortunately for them, it was not enough, and the Chinese claimed the lead in the series.

Facing elimination, the boys in blue had to do something. And they did. In the second game of the EG got Arc Warden for Arteezy. The Canadian player played nearly flawlessly the entire game and was the main reason for the victory of his team.

Paparazi’s Terrorblade also had a fantastic game, for the most part, but in the end, he couldn’t handle the damage from Arc and OD. In the end, after nearly one hour of incredible Dota, EG delivered the last nail in the coffin, taking the series into game 3.

In the last game of the series, we saw some new picks. EG got a PL for Arteezy and ES for Cr1t while Vici had Juggernaut and Leshrac (the disco pony) as cores.

The Chinese played a very disciplined game. They outmaneuver their enemies, securing good offensive wards that helped them to push towers easier. However, after a failed 5-man smoke, EG was able to turn around the game entirely. Suddenly their carry got himself HoT as well as an Aegis, making the task of killing him rather impossible.

The boys in blue dominated the next few minutes. Vici gaming had no answer for EG’s farmed cores as OD’s ultimate was completely demolishing the Chinese. Thirty-eight minutes in, GG was called, and Vici got eliminated.

The next enemy for the NA powerhouse will be the Bucharest Minor champ – EHOME. 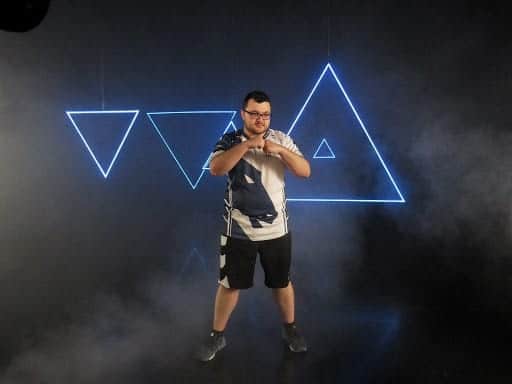 The second highly anticipated match of the day is between Fnatic and Team Liquid. The Europeans had to yet again play without their most reliable player.

Fnatic pulled off a “hidden gem” and got Necrophos, a hero that has been long forgotten. Matumba continued to play with his unorthodox mid lane heroes, this time rocking Dazzle. The game had a lot of crazy fights going and was by far one of the most interesting out of all.

The first seven minutes of the game was a one-sided show from Team Liquid. They completely demolished the safe lane of Fnatic, leaving the poor Necro with little to no farm. Then, after taking four quick kills near the TL’s tier one tower, Fnatic quickly recovered, and the game was even yet again.

Around the 20th minute mark, Abed’s Medusa was slowly becoming the strongest hero on the map. Even then, Matumbaman carried his team in a crucial fight near their tier two tower, saving them from a deadly push. Sadly, it was not enough as Fnatic’s cores were getting just too big to handle. Thirty-three minutes into the game, the SEA powerhouse was able to claim the victory and the lead in the series.

Seeing how powerful is Dusa, Liquid played safe and banned the hero. This gave MP the chance to shine with his Juggernaut, while the Europeans went with an MK for Matumba and Morph for Shadow. In the first 10 minutes, the game was even as both teams focused more on farming.

As the game went on, Team Liquid’s lineup was getting a big advantage. Despite that, after failing several team fights in a row, Fnatic got back in the game. MP’s Juggernaut was able to slice through the enemies and even snatched the Aegis after a very messy fight around the Rosh pit.

A look at THAT @MentalProtector AEGIS STEAL again. ?

1? The perfect Elder Titan rotation from @DjardelJicko.
2? The MP Omnislash, AEGIS STEAL into Blade Fury.
3? The tornado and disarm from @abedyusop.
4? The huge blink WW ult from @Jabzdota.

Having all that advantage, Fnatic was able to gain the lead and close out the game slowly. Shadow’s underperformance also helped them a lot, because the Chinese player didn’t do anything significantly the entire game. After dying yet again with no buyback, the SEA team was able to finish their opponents.

Even though TL were the favorites, they were unable to live up to the expectations. Fnatic is now looking forward to meeting their next opponent – PSG.LGD. The two currently best performing teams had to go head to head in the clash of the titans. The prize? A place in the Grand Final.

Game one was a back and forth brawl. To make it more interesting, Puppey got his team a five melee hero lineup, which turned out to be successful.

The top lane was the main arena of fights, whereas the other two were rather slow, especially the bottom. Secret played really well during the entire game and managed to secure farm for both of their cores. As soon as Nisha got enough items, the game was completely one-sided and Secret were able to secure their win. MidOne also had one of his best game in the tournament so far.

One thing was sure, VP was not going to the Lower bracket without a fight. As they usually do once in trouble, the CIS team went with a classic Magnus + 2 melee core carries. They have learned to play very well around RAMZESS, and N[o]one and it paid off yet again.

Having that late-game based lineup means that Secret had to think of a way to end the game faster. That’s why they went with Huskar. However, their plan did not work out. Instead of dominating the early game, Secret didn’t do much, which gave the space needed for VP’s carries.

Slowly, they were taking full control of the game, and after realizing their faith, Secret called the GG.

After both giants traded one game, it was time to see which one of them will be going to the Grand Final. Both teams got their comfortable picks as it was expected. VP’s IO + Wisp combo has one of the highest win ratings, and it did not fail them again. The CIS team controlled the entire game, even though Secret had a farmed Dusa + Slark.
Seeing the late game potential from Secret, VP decided to go and finish the game as soon as Luna got strong enough. After securing a second aegis, Ramzess was looking unstoppable, and VP quickly stormed the enemy base and took the victory.

We finally know our first finalist – VP. Tomorrow we will be able to see two more teams packing up home, so stay tuned! In case you missed any of the action, make sure to re-watch the games HERE.