Known as one of the most fragile mid laner in Dota 2, Sniper is a hero that can work in many situations and carry his team to victory. Despite being one of the easiest heroes to play, Sniper requires a lot of skills to be effective. This is especially true when it comes down to high-level games.

This Sniper Dota 2 guide will reveal a lot of important information about the hero and show you what to be aware of. Although he is easy to play with, Sniper remains one of the top-tier picks in the current meta. The hero works against the most popular midders and can definitely carry his team to victory when needed.

The first thing we’d like to point out in this Sniper Dota 2 guide is that he is a ranged Agility hero. Interestingly, Sniper actually has the longest range in Dota 2, especially when you add his passive ability. This allows him to stay relatively safe and attack his targets.

Speaking of staying safe, Sniper was a hero people used as a carry back in DotA. However, they quickly realized that the hero is much stronger in the mid-lane because he could gain levels faster. Furthermore, Sniper is solid in a 1v1 scenario, albeit being the easiest one to kill.

Although Sniper can deal a lot of damage and stay safe when needed, he is the most fragile hero in Dota 2. Sniper is very slow, has low HP, and has no reliable defensive mechanism. Unsurprisingly, this makes him very susceptible to ganks, and the enemies always try to take advantage of it.

Speaking of ganks, staying alive with Sniper during the laning stage is one of the hardest things in the game. Everyone who plays against him will try to kill the hero at least a couple of times. For example, roamers like Spirit Breaker are one of the worst heroes to go up against because they can dive Sniper and kill him even when he is under the tower.

In terms of surviving the gals, you just have to have good map awareness and be careful when you notice that some heroes are missing. Of course, your team has to give you vision and assist you when needed.

The hero’s role in the game

Sniper is one of the few AGI heroes in Dota 2 that has two passive abilities. This clearly indicates that the hero is a late-game monster, so it shouldn’t be surprising that he can rip through his enemies.

The Dota 2 Sniper guide revealed that the hero is not that strong early on, meaning that he has to try and get as much farm as possible. Although it may not be as easy as it seems, Sniper is usually one of the good lanes because he can use his Shrapnel to farm and push.

Once the mid-game arrives, Sniper will most likely have at least two smaller items, meaning that he can take fights when needed. He is not ready yet, but his ultimate and solid right-click damage allows him to secure several kills.

An important thing to remember about Sniper is that the hero counters a lot of the late-game monsters, such as Medusa and Terrorblade. That’s one of the big reasons why even professional players pick him a lot more often.

In terms of the late game, Sniper is probably one of the best heroes, and he is in a league of his own when it comes down to defending the high ground. Depending on the items, the hero will probably do tons of damage, and he will be tankier. Needless to say, he becomes the number 1 priority for the enemy team.

When it comes down to Sniper, he is one of the best heroes in the game for the late game. That said, it shouldn’t come as a surprise that he can work well with many other heroes.

Depending on the game, most Sniper players are more than happy when they have defensive support by their sides. There are several options to choose from, but heroes like Omniknight usually work best because they can save him from tricky situations.

In terms of DPS heroes, Sniper can be an excellent option alongside Faceless Void. The latter can use his ultimate and catch multiple heroes, which is good news for Sniper, who can stay miles away and simply right-click them until they are dead.

As for the counters, this Sniper Dota 2 guide already mentioned that every aggressive hero could be used against Sniper, and he will most likely be very successful. That said, when it comes down to the late game, Sniper has tons of counters. One of the worst heroes to go up against is Spectre because the latter can use his ult and always land a kill.

Phantom Assassin is also a big Sniper counter because the hero has Blink, and once she gets on top of the ranged hero, she usually needs a couple of seconds to land a kill. Meepo is also an interesting option that can kill Sniper in a matter of seconds, and so are Storm Spirit and Morphling.

When it comes down to Sniper and the items you should go for, it depends a lot on the heroes you are playing with and against. However, there are a couple of core items that almost everyone goes for, such as a Hurricane Pike. This item gives Sniper more damage, extra range, and the ability to use Force Staff.

Black King Bar is also an excellent option to have, especially against heroes that rely a lot on magical damage, such as Storm Spirit. Sniper players often go for Mask of Madness, Mjollnir, MKB, Butterfly, Silver Edge, and pretty much any other DPS item. Generally speaking, Sniper is considered to be one of the “glass cannon” heroes, meaning you need to get items that allow him to do a lot of damage, but they won’t help him survive. 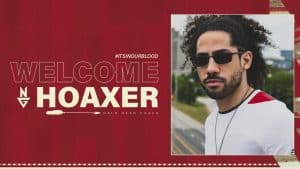