Dota 2: OpenAI is the Machine Overlord of Dota 2 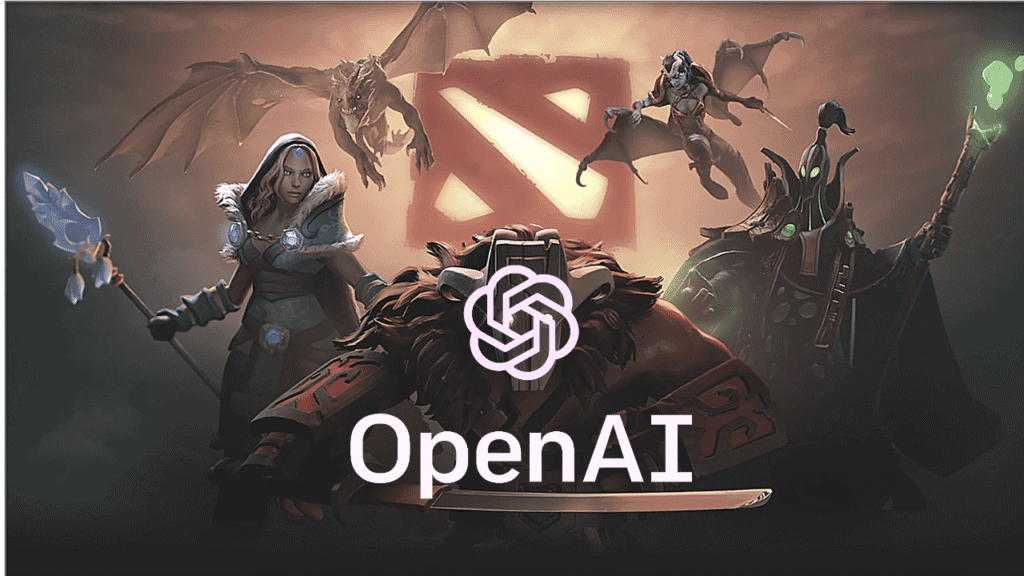 OpenAI, the Dota 2 bot, is beating some of the best teams in Dota 2 at their own game.

Pretty much every Dota fan out there knows about OpenAI and what it does. Most recently. the artificial intelligence was able to win against The International 2018 Champions - OG. Not only did it win 2-0, but the second game was less than 20 minutes.

The OpenAI Bot was first introduced back in 2017 when Dendi played against it in a 1v1 match. In the beginning the artificial intelligence was fairly weak, however, after a few months of “practice”, it was able to bring down some of the top casters in Dota. The game vs OG further proved the point that OpenAI gets better and better each time it plays.

The reason behind the success is that OpenAI trained it’s Dota 2 models for over 40,000 YEARS. So, when you think about that for a second, it kind of makes sense why the bots suddenly started defeating the best teams in the world.

OpenAI has a somewhat unique playstyle when it comes down to Dota. For example, instead of laning for 10 + minutes and farming, usually, AI starts to do some early rotations in order to pressure the other lanes. This could undoubtedly work wonders if it’s done properly. However, there is also big risk involved because if the gank fails, the hero that rotated loses a lot of experience and gold that it would get should it just stay in its lane.

Another interesting touch was the instant buybacks in the game against OG. When you see someone instantly buybacking in your PUB game early on, you know that this game is pretty much over. They will either feed or just ruin the game by staying AFK the entire time.

Well, AI is different. Since it has no feelings (savage but true), the bot does all it takes to win. By utilizing the early buybacks, AI always has the lanes pushed and have a significant XP lead because if it. The same idea applies to farming. Instead of focusing solely on a single hero, all of their heroes are getting some sort of farm, at least early on.

This leads to a better five-man team fights because all heroes have levels and some sort of farm and therefore, they are not useless in those fights.

Don’t try to be as good as OpenAI

It is important to remember that humans are not AI. We always make mistakes, regardless of how good we are at something. The only real difference between a good and a bad Dota player is in the number of mistakes done. On the other hand, OpenAI has the incredible capability of “knowing” how long can they survive, which target to focus and so on. After looking at their recent games, we can safely say that the OpenAI bots probably reached their peak in becoming the best Dota “players”.

Many teams will definitely try to copy some of the OpenAI’s tactics. In my humble opinion, doing this could be a bad idea mainly due to the mentioned above. We, as humans, just don’t have the needed “resources” to calculate to near perfection the outcome of a team fight or a rotation.

Many people believe that OpenAI is created to play Dota. The reality, however, is completely different. Dota is just a test for artificial intelligence. In fact, when you visit their website, the devs have clearly stated their mission:

“OpenAI's mission is to ensure that artificial general intelligence benefits all of humanity. We’re a team of a hundred people based in San Francisco, California. The OpenAI Charter describes the principles that guide us as we execute on our mission."

We can only wish these young and ambitious people all the luck in the world. After all, they are doing this for the greater good.

As if today, there are no OpenAI events on the horizon. If you want to watch some Dota, though, ESL One Mumbai is the place to be. The Grand Final is tomorrow so expect ESTNN's wrapup afterwards. In the meantime, make sure to follow us on Twitter for the latest esports news.