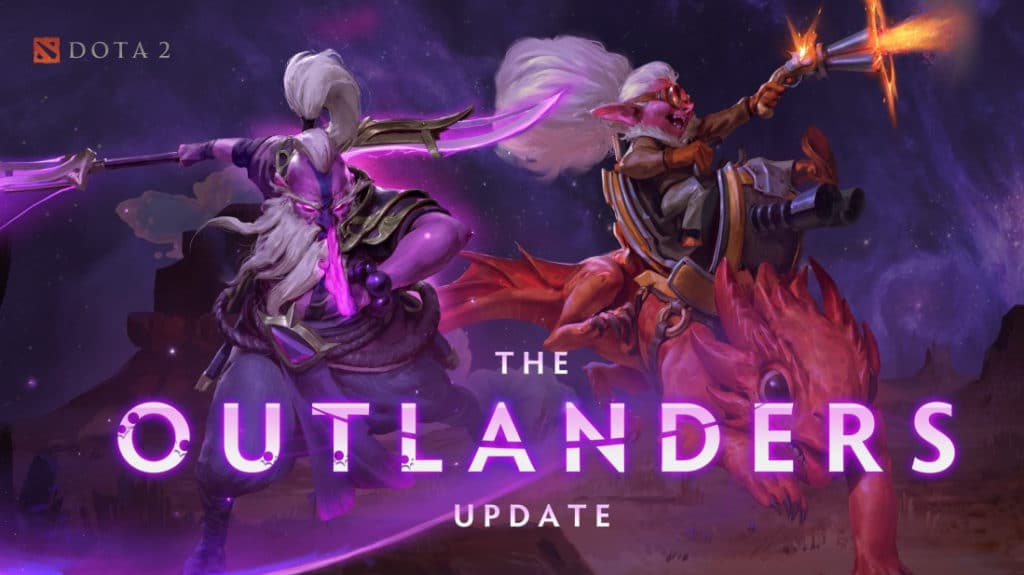 The Outlanders update has brought a lot of changes to Dota 2, we take an indepth look at the neutral items.

The Outlanders update was released just a couple of days ago, after waiting for it for over three months. We all expected that there would be tons of changes but Valve & IceFrog definitely caught us off-guard with the Neutral Items.

Although many people criticize them, their addition makes Dota 2 a little bit more fun. However, the “random” factor now also plays a significant role. On theory, a player can just farm jungle and with a little bit of luck, he can get some pretty “juicy” items.

The Neutral items in 7.23b are divided into five tiers, depending on the in-game duration. The higher the tier, the stronger the items.

Let’s take a look at the different tiers and which items are the best.

The first tier of items can be obtained from minute 5 to 15 with a 10% chance to drop. In total, there are 12 items here and some of them used to top-rated before they got removed. Without a doubt, Iron Talon and Poor Man’s Shield are the most prominent names here. They were the go-to option for nearly every melee hero back in the days. However, after many people complained about the “jungling issue,” Valve decided to remove them from Dota 2.

Apart from the two mentioned above, there is one item that clearly stands out here - The Broom Handle. It gives 35 range, 12 damage and 3 amor which is insane, especially early on. This item is basically a free Dragon Lance and can work wonders on short-ranged heroes.

Faded Broach is another very strong early game item, especially for slow heroes. It gives a decent amount of mana, as well as 20 movement speed, which makes it perfect for Storm Spirit for example, who lacks both things early on.

The second tier of items can be obtained from minute 15 to 25. Similar to the previous tier, you only have a 10% chance to get something.

This tier has many fresh and unique items that can have a difference during the mid-game. Helm of the Undying for instance works the same way as Wraith King’s Aghanim Scepter. In fact, there was a bug when WK got this item and Aghs that made him immortal. Nevertheless, it was quickly fixed once 7.23a came out.

Of course, let’s not forget about the Ring of Aquila. Before it was removed, this was one of the most popular items in Dota 2, because nearly every single hero went for it. Now, if you have a little bit of luck, you can get it from the Neutrals. However, the timing is not really the best because this item was handy early on, not so much during mid-game.

Lastly, there is a fascinating item here called Repair Kit. As the name suggests, this item is used to give regen to your towers. It works nearly similarly to Trent Protector’s spell.

This is the first tier where the items that you get can actually make a difference. There’s a 10% chance that they'll drop from the 25th to the 35th minute, and 5% ten minutes later.

One of the main things about gameplay that changed with the new update is speed. Now, Dota 2 is lot faster. We’ve played around 30 games so far and it seems like this time frame (25-35 min) is now considered as late game. That’s why items such as Mind Breaker are absolutely priceless. This cool-looking blade is like a Diffusal Blade in a way that it gives manabreak. However, it goes even further because you gain the stolen mana from your enemies.

One of the strongest items in this tier is Titan Silver. It provides +22% Attack damage, Magic and Status resistance, which is mind-blowing. So far, it seems like Huskar is one of the best heroes that can benefit from all this but it works great on other heroes as well.

As you can imagine, there are many absolutely heavy items here that can make a difference between a win or a loss. One of them is the Prince’s Knife, which gives you a 60% attack speed on your shots. Besides, you will be able to hex the enemy hero for 1.5 seconds once every 12 seconds, which is just retarded. In theory, you could use this effect twice in a team fight.

Another excellent choice here is called Spell Prism. This is an item that will work mainly for the casters because it provides a 20% CD reduction. If you want to make the most out of it, you can combine this with an Octarine Core and some CD reduction talents and your damage will be multiplied a lot.

Finally, we have the final tier items where you have a 10% chance to get them once the game reaches 70+ minutes long. Needless to say, every single item here is absolutely insane and can make a lot of difference. However, it is important to note the support heroes are the ones that benefit the most here. After all, every single core hero should be six-slotted by that time and usually, they won’t need the new item. Of course, there are a few exceptions but that’s the general rule.

For example, there is an item called Desolator 2 that works the same way as the original Desolator. However, it does more damage and removes 12 armor, making it a better option.

The Neutral Item addition is among the most polarizing decisions Valve ever made. Some people love them, whereas others... not so much. It will be fascinating to see what happens with them next.