Dota 2 MMR Tips: How To Deal With Players Who Ruin Your Game? 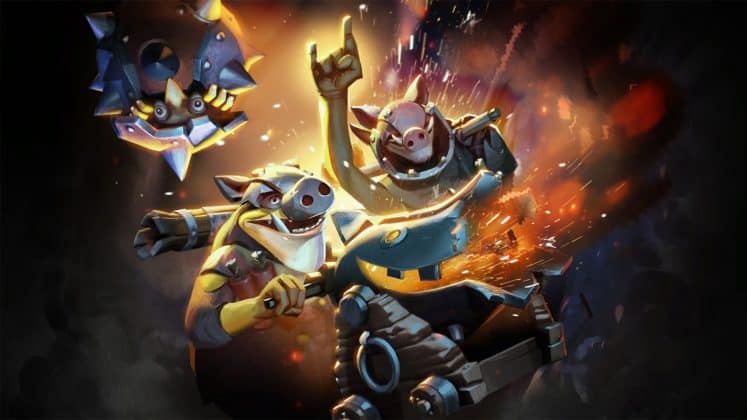 Gaining MMR is a lengthy process and sometimes you'll have to play with ‘game ruiners'. We look at a few tips for dealing with them.

People do different things to gain MMR in Dota 2. They might focus on playing specific heroes over and over again. Although this so-called ‘hero spam' usually has a positive effect on your overall rating, there is one thing that you can’t avoid. And that’s playing alongside game ruiners. Even players with the best behavior score will have to overcome this obstacle at some point during their journey gaining MMR.

Even though there are tons of people who ruin games on a daily basis, some players find it hard to deal with them. That’s why it's important to have a few tricks up your sleeve which should help you become more successful when dealing with players who are out to wreck your game.

Ask what's motivating them, and see if you can help

If you're the kind of player who doesn't want to give up on someone who seems like a problematic player, you can try to talk to the game ruiner and see if there's a solution for their actions. Besides just seeking attention, some players might feed for other reasons. Maybe it's because support heroes don’t gank their lane, or someone stole their last hits. Although talking to that player might not always help, it is a step in the right direction.

Keep calm and ignore it

If they're not responsive to an attempt to help. Then don't press it.

One of the most common mistakes player's make when there's a game ruiners in their Dota 2 match is giving them attention. There are players who purposely feed and/or destroy their items just so they can get the attention they want. Which is why it is not advisable to give it to them. While it is true it is easier said than done in some situations, you should try your best to just act as if nothing is happening.

If everyone from your team does the same, the player ruining the game usually will stop doing it eventually. Sadly, there are a some players who'll keep feeding even if their team doesn’t care. If that’s the case, there isn’t really much you can do. Just play the best match you can and report their conduct after the game is over.

Don’t threaten them with your report

Unfortunately, this often triggers these kind of players more. Just take it from Arteezy.

When someone starts ruining a game in Dota 2, other players will often threaten the specific player with their report. It probably won't come as a surprise that the player ruining the game doesn’t really care about the report. The truth is toxic players usually become even more determined to lose a game for you, simply because of the fact you’ve threatened them with a report.

Don’t get us wrong, this doesn’t mean you shouldn’t report them. Like we said above, you should always use this feature after the game whenever you need because it helps the community. Just don’t say that you'll be taking advantage of it during the match. It just might “inspire” the player to continue his quest to the bitter end.

Always try to have a positive behavior score

The last, and perhaps most important thing you can do if you want to avoid game ruiners is having a good behavior score. Although this doesn’t guarantee you'll always get good players in your team, it's definitely a bonus. Once you achieve your high behavior score, you can play with people who have around your results. This means that in general you should be able to play higher-quality Dota 2 matches.

If all else fails, use your mute

Sadly, if the player ruining your game won't stop, you can’t really do much to win. There are some games that are “unthrowable”, but usually, the balance of power could change in a matter of seconds. That’s why most people who are trying to gain MMR prefer to mute everyone while playing. You might think it's counter intuitive, but this helps them focus on what’s important for their play and position, and means you might just be able to make the most out of a game ruiners game.