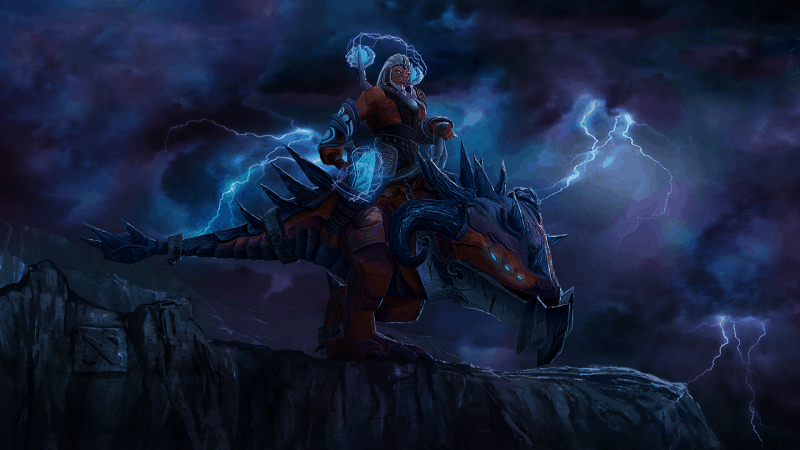 This is one of the best support heroes in Dota 2 right now.

Whether you like him or not, Disruptor has proven himself as one of the strongest support heroes in Dota 2 over the years. Even though he tends to be more of a meta pick than other supps, this hero works well in pretty much every lineup he’s in.

Having said that, let’s take a look at how he work right now, and why is he so popular.

While it’s true that patch 7.24 was not the best one for Disruptor, the hero still remained very popular. In fact, this update was a heavy nerf, especially for his ultimate, which is one of the best late-game spells in Dota 2. Of course, let’s also not forget about the mana nerf to his Thunder Strike. While it’s true that this is one of the most annoying spells in Dota 2, 30 extra mana on level four is something that definitely had an impact on Dirsuptor’s laning stage.

Nevertheless, both pro teams and pub players continue to utilize him as much as possible. It’s safe to say that this is due to his incredibly strong ultimate. Even without an Aghanim’s  Scepter, a well-placed Static Storm has the power to turn around a team fight. In the worst-case scenario, it will at least force the enemies to use a Black King Bar, which is also good.

Disruptor is not really the best roamer out there, although he has the ability to fill in that role as well. Where he shines the most is in the laning stage. Thanks to his incredibly-annoying Thunder Strike and his long-range attack, he is capable of doing a lot of damage. While it’s not enough to completely zone out someone, it will at least force the enemy hero to use more regen.

Disruptor’s game changes drastically when he hits level 6. This is when things get serious because he has Static Storm available. In a typical game, he will use a Smoke of Deceit alongside another hero form his team in an attempt to gank someone. Then, once the ult is down, the hero is usually passive until it’s back up again. That’s not a surprise, considering the fact that he is support after all.

In terms of his late-game potential, Disruptor can scale fairly well for support. However, to do that, he absolutely needs to buy an Aghanim’s Scepter because otherwise, his ult is just not that effective.

What Items to get

Since Disruptor is classic support, pretty much all support items will do the job. Of course, there are some essentials such as Force Staff and Glimmer’s Cape for example. In terms of luxury items, Aghanim’s Scepter is a must and this is pretty much it. If you have any more luxury items than this one, the game is either a complete stomp or it’s over one and a half-hour long.

Unlike the pub meta where this hero is thriving, pro players seem to be struggling a little bit with him, judging by what happened in the StarLadder ImbaTV Minor Season 3. Disruptor was picked a total of 10 times there, which is not a bad number. However, he only had a 30% win rating, which is not the best, especially when you compare it with the other meta supports, such as Ancient Apparition, Lich, and so on.

Be sure to follow us on our social media accounts for more Dota 2 content. Sadly, we won’t cover the Los Angeles Major because the tournament was postponed. We will keep you updated if there is any news regarding it.