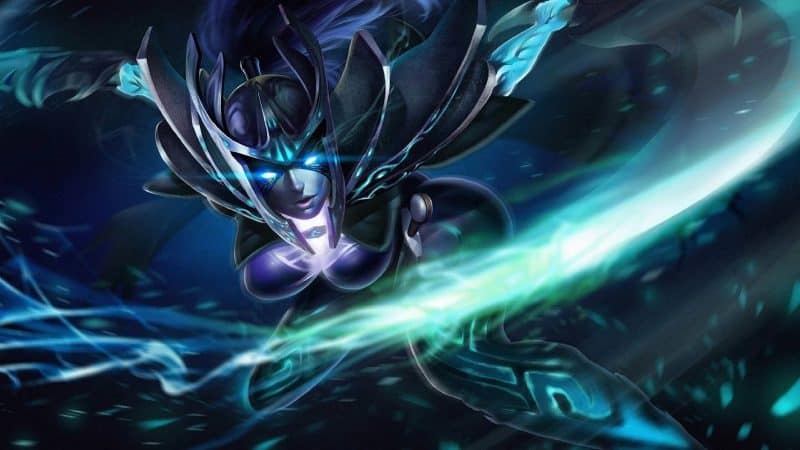 In this article, we'll check if Phantom Assassin is a viable option for position one.

Phantom Assassin ("PA") is one of the fan-favorite Dota 2 heroes. Due to the fact she is easy to play with and can do a lot of physical damage with just a few items, PA is a popular pick across multiple MMR brackets.

Generally speaking, Phantom Assassin is played as a carry because she scales really well later on. However, the hero can also be a viable mid laner, depending on the opposite team’s mid lane hero.

Even though PA has many advantages, the hero also has a lot of downsides, which don’t allow her to shine in the pro scene. Let’s take a look at some of the pros and cons of picking PA in the carry role.

The hero does a lot of damage, but there are downsides to it

The main advantage of picking the hero for this role is the fact she does a lot of physical damage. As soon as you get Battlefury or a Desolator, you can easily one-shot most support heroes in the game.

Although landing big critical strikes is awesome, the fact that this happens randomly means that players can’t rely on it. In other words, you can never be sure whether the hero will crit or not. Of course, Phantom Assassin does a lot of damage even if she doesn’t land a crit, but this is what makes her so special.

Phantom Assassin is fragile and needs several items to survive

The current meta is fast-paced because we get to see heroes like Void Spirit, Ember Spirit, and Monkey King all the time. Even though PA is not the slowest carry in the game, she’s definitely not the fastest either. As a result, the hero can easily get ganked early on, which will delay the purchase of her Black King Bar.

Once that item arrives, every PA player has a few seconds to do tons of damage. However, this is easier said than done because most heroes purchase items that allow them to easily kite her. One of the best examples here is Ghost Scepter, Force Staff, and Eul’s Scepter of Divinity.

Phantom Assassin could be a viable carry, but only if she is paired with other heroes, such as Magnus. Magnus allows the carry to farm fast early on, which makes her dangerous. Besides Magnus, PA can also work alongside Slardar, Dazzle, and Vengeful Spirit.

Sadly, Phantom Assassin does not shine in the current meta. Even though she is well-balanced, she doesn’t have the “wow factor”, so it’s probably a good idea to avoid her, at least for now.