Breaking one of the most annoying combos in the game.

The current meta revolves around many heroes who are pretty good at what they do. The hero pool has grown as players explore new possibilities with different heroes. However, we come across one hero which brings the same old hideous way of dominating the games. Outworld Destroyer with his Meteor Hammer combo is one of the most challenging things to deal with, especially for lower-level players.

What Makes Meteor Hammer On OD So Effective?

Outworld Destroyer prefers to play a slow tempo game, where he builds damage overtime. The hero’s only innate disable is Astral Imprisonment, which doesn’t allow OD to deal any further damage by right-clicking as the target is invulnerable. That’s where Meteor Hammer comes in. Working in combination with Astral, OD can keep the target disabled for a long time, allowing him to sneak in a few hits and unleash his ultimate.

How to Counter OD’s Combo? 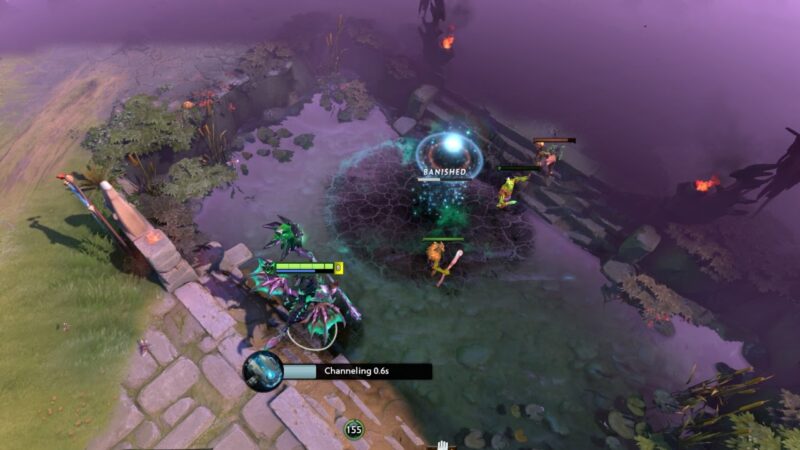 There are a few ways to counter Outworld Destroyer. We will divide it into categories so players have ease in understanding. There are three ways you can counter OD. You can also combine these ways and create a stronger counter to the hero.

Outworld Destroyer is weak against illusion based heroes. Most of OD’s damage is single-target except his ultimate and Scepter-powered Astral. So illusion heroes like Phantom Lancer with Diffusal Blade give OD a tough time. Also, Chaos Knight, Broodmother, Visage with his Familiars, Beastmaster with Neutral/Dominated Creeps are all good counters to OD.

Heroes who shove the wave quickly and from a distance are also good against him in the lane. Puck with his silence and orb, Templar Assassin with Refraction and Psi Blades does the job at short range.

There are some items which help counter Outworld Destroyer. These items are not necessarily lane counters, but can negate his combo very well in the later parts of the game. Eul’s Scepter is great for breaking the Astral and Meteor combo. However, if OD strikes a perfect timing, it will be tough to get off the Eul. In those cases, it is best to Eul OD and run from his ultimate and hit range.

Lotus Orb is another amazing item to counter Astral as it reflects it on OD himself. Linken’s Sphere is not as great as OD gets his Aghanim’s Scepter; he will have two Astrals.

Black King Bar is the ultimate counter to OD. However, with a diminishing time with each use, it becomes less effective later.

OD is strong in lane and definitely very strong in mid and late game. Not to mention, he is tanky and dishes out tons of pure and magical damage. However, OD is weak in a few other aspects. He is not very mobile and struggles to deal with illusions. He also faces problems with high tempo fights which are short and require high movement speed.

It's best to play according to OD’s weaknesses. Picking mobile heroes like Storm Spirit, Puck, Ember Spirit and a few others is a good start, but to play them by pushing lanes and forcing rotations from OD is the best way to weaken the hero.

While against OD, keep your fights short and don’t let him build up stacks on his mana pool. Slow and extended fights are OD’s favorite kind of parties. It is best to avoid OD if he has a lot of stacks.