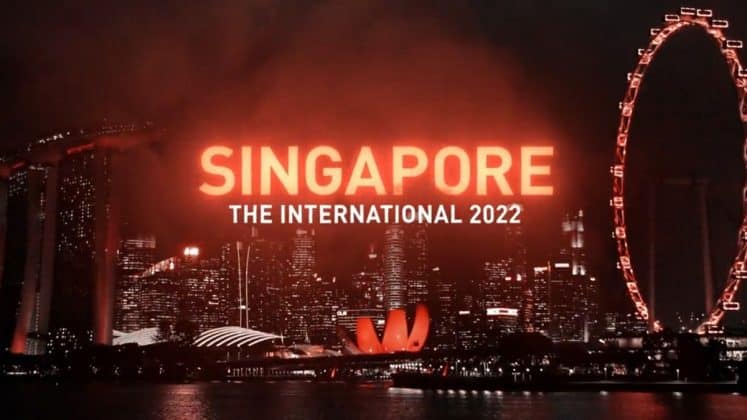 Every team qualified for The International 2022.

Now that the PGL Arlington Major 2022 came to an end, all eyes are set on the upcoming The International 2022. The biggest Dota 2 event in the world will begin around two months from now, and it will include the best players. Needless to say, this tournament always includes a life-changing prize pool, which is why players give everything they have to win.

Before the top Dota 2 betting sites offer more options for The International, we have to wait and see the name of every team that will participate in the event. Speaking of the devil, we already know everyone that received a direct invitation after accumulating enough DPC points. Some of our favorite teams barely made it to the cutoff, whereas others failed to impress and will have to go through the qualifiers.

The International 2022 will take place in Singapore from October 15-30, and it will include 20 times. With that being said, here is an overview of all 12 teams that have qualified for the event so far. We will have to wait until the end of the quals to learn the names of the other 8 teams.

We have to start by addressing the elephant in the room. PSG.LGD became the team with the most DPC points, so it wasn’t surprising that it made it to The International 2022.

One of the first things that come to mind when you think of this Chinese powerhouse is world consistency. Ame and the rest have been among the most dominating Dota 2 teams in the last years. They’ve made it to several TI finals and always placed top 4 in every event.

PSG.LGD had no issues during Tour 1 and 2, but it had a few hiccups in Tour 3. Fortunately, the team bounced back and won the Riyadh Major 2022. Furthermore, it reached the Grand Finals of the PGL Arlington Major 2022.

The young Western European powerhouse came second in terms of DPC points and will head over to Singapore for The International. People were skeptical about OG’s decision to get a new roster, but it paid off.

Despite the players’ young age, OG quickly proved that it has what it takes to win against the best in the world. The team’s performance was not the best initially, but it won the ESL One Stockholm 2022 Major. It also did well in the non-DPC events in Dubai and Saudi Arabia.

Unsurprisingly, the two-times TI-winning organization will be one of the leading contenders for the event.

Of course, Team Spirit is the third squad we’ll have the chance to watch two months from now. The current TI champions will do everything they can to become the second team to win two consecutive TIs after OG.

Although we expected Yatoro and the rest to be under the effect of the TI-winning curse, this didn’t happen. Team Spirit played really well throughout the year and had no problems in Eastern Europe. Recently, the superstars reached the finals of the Riyadh Major 2022 and won the PGL Arlington Major 2022.

Team Spirit will undoubtedly be among the big favorites for winning this event. So, don’t be surprised if their odds are not as impressive as you’ve thought.

The first South American team that will head to the Major is called beastcoast. Although this was one of the most underrated teams in the DPC, BC has proven itself countless times already. They are yet to win a big international competition, but Chris Luck and the rest defeated many top names in Dota 2.

BC’s most recent result was the 5-6th finish at the PGL Arlington Major 2022. As for TI 11, beastcoast finished 13-16th after losing against Alliance.

Aside from PSG.LGD, Team Aster is the second big Chinese team that will do everything in its power to win the most prestigious Dota 2 event. Ori and the rest have been in the shadow of LGD for a long time, but the roster changes in 2021 have put the team back on the map.

Aster had no problems during Tour 1, 2, and 3 and reached the LB final of the PGL Arlington Major 2022. The team definitely has what it takes to win, and its superstars have many years of experience. The latter is extremely important for events like The International.

Although Thunder Awaken was flawless in South America, the team is yet to show its prowess on the international stage. What a better place to do that than The International 2022, which starts in just two months.

The battle between Darkmango’s team and bc is always fun to watch because both teams claim to be the best in SA. BC definitely have an advantage after their most recent performance, but we are yet to see which team will come on top.

Everyone who actively follows the SEA Dota 2 scene knows that BOOM Esports is one of the most stable teams in the last couple of years. Yopaj and the rest became first in Tour 1 and Tour 3 and finished second in Tour 2.

What’s even more impressive is that the SEA powerhouse won the GAMERS GALAXY: Invitational Series Dubai 2022. The latter was one of the big LAN events that were not a part of the DPC that included loads of top-tier teams, including OG and Nigma Galaxy.

Many people might not consider BOOM among the favorites, but this squad is unpredictable. This makes them dangerous opponents.

Even though TSM failed to live up to its fans’ expectations after not qualifying for the last Major, the team will attend The International 2022. One of the reasons why this squad is going is because it reached the Grand Final of the first Major.

Following their achievement, the team finished fourth in Tour 3 and became one of the first names to be eliminated from the Riyadh Masters 2022. Needless to say, YawaR and the rest will have to step up their game if they want to have any chances of winning.

Speaking of underperforming teams, Tundra Esports is undoubtedly among the names that come to mind. The WEU squad dominated the region for a couple of months, but its latest results have been disappointing, to say the least.

After finishing first in Tour 3, Tundra Esports failed to impress during the Riyadh Major 2022 and the second Major. The team must focus and show its prowess because it will have to go up against the best in the world.

The next European team that received a direct invitation for The International 2022 after securing enough DPC points is Gaimin Gladiators. Most people did not expect this team to perform well, especially in the most competitive Dota 2 region. However, BOOM and co. have already proven themselves a couple of times and will definitely be among the dangerous teams at TI 11.

If there is one team that definitely disappointed loads of people, it has to be Evil Geniuses. Despite having one of the best rosters in the world, the North American team is not on the same level as its EU and Chinese counterparts.

Following the epic fail at ESL One Stockholm 2022, the team also failed to impress in Arlington a couple of days ago. The only good thing is that EG usually does well at The International, judging by its previous results. Of course, we are yet to see if the team will be able to show its prowess and win the event for the second time since 2015.

The last team that barely made it to the direct invitations is Fnatic. Many people expected Outsiders (VP) to be on this list, but since Fnatic played with substitutes during the PGL Arlington Major 2022, the team secured enough DPC points to allow them to grab the 12th slot.

Fnatic has always been a force to be reckoned with in SEA, but is yet to win a big international Dota 2 competition.