Dota 2: Game Of The Week Analysis; Elephant vs RNG, April 25 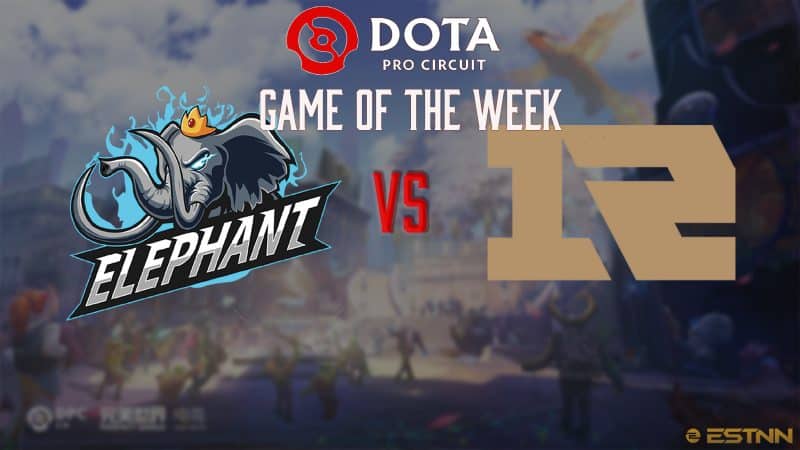 Team Elephant loses a game in spite of a 34k net worth lead.

During the DPC China Upper Division Qualifiers, Elephant faced RNG in a best-of-three series during the group stages and lost the series by 0-2. Elephant had a good lead in the first game as well but the second game was totally in their control. It is a rare sight to see one of the top 25 teams in the world lose after securing a 34,000 net worth lead. Read the article below to check what exactly happened in that match.

Elephant had a little disadvantage in the draft in team fights, pushing and defending the base abilities. They didn’t have an upper hand in any of the executable strategies except for split pushing. It’s always a huge risk while facing Enigma in the late game during a full team fight hence the best option for them in spite of having a great net worth lead was to split push and avoid team fights. Their biggest advantage, durability was also countered by their opponent’s Enigma. They had good right-click damage and mobility so steadily hitting towers using Shadow Demon’s illusions and escaping any initiation from the opponent would have been a perfect end game strategy.

Elephant had an amazing laning stage and were able to convert that into a good map control during the mid-game. They were able to destroy their opponent’s Mid and Top Rax. Until this point, Elephant had secured a 34,000 net worth lead and were close to winning the game. 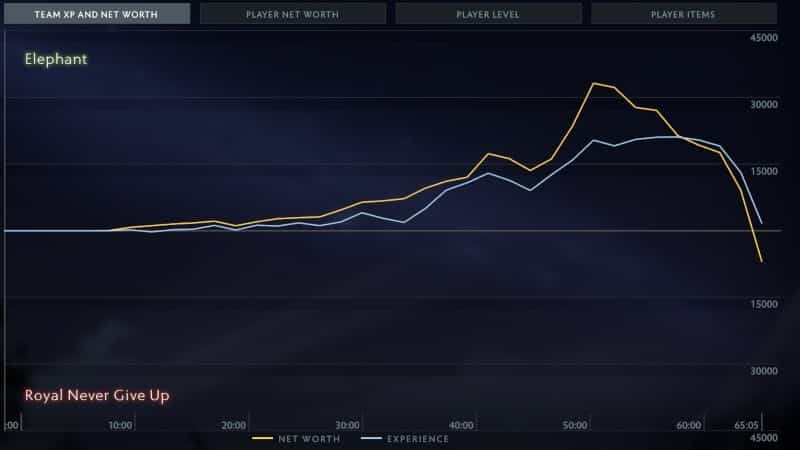 You can check out the highlights of this series here.

It was mistakes after the mid-game that turned it in RNG’s favor.

During the end game team fights, Storm Spirit should have either focused on disturbing Enigma or stayed far away from his position 1, Troll Warlord. His strategy to burst Juggernaut before his Omnislash created space for Enigma to cast a perfect Blackhold on Elephant’s position 1 and 2 heroes several times whereas Juggernaut had an Aegis anyway to come back to life and execute an Omnislash.

Elephant didn’t time the Roshan respawn correctly and missed the fourth and final Roshan of the game just by a few seconds. RNG were able to secure the Roshan kill without any fight.

Instead of looking for a team fight, Elephant should have used Shadow Demon’s illusions on Troll Warlord and steadily secured the last bottom rax. RNG would then have to deal with mega creeps and would have to keep at least one hero behind to defend the base while having only four heroes for the team fights. Securing mega creeps would have also given Elephant more control over the map and Roshan.

In the second to last team fight, when Enigma had used Blackhole a couple of times with the help of a Refresher Shard, Troll Warlord and Storm Spirit had a chance to buy back and immediately rejoin the team fight. Two major AOE abilities of their opponents, Omnislash and Blackhole were on cooldown. Their decision to buyback later allowed Enigma to bring Blackhole out of the cooldown period. In the end, Storm Spirit and Troll bought back to defend the base but Enigma used Blackhole and secured the final team fight.

When facing an enemy Enigma, if it’s possible, prefer three options such as Split pushing, disturbing Enigma before he casts a Blackhole and keeping distance between your core heroes during a team fight.

Road ahead for Elephant

They have played a total of three series in which they have won two, while the remaining four will be played in the coming weeks. They will soon face the four strongest teams in China, IG, PSG.LGD, Aster and Vici Gaming.