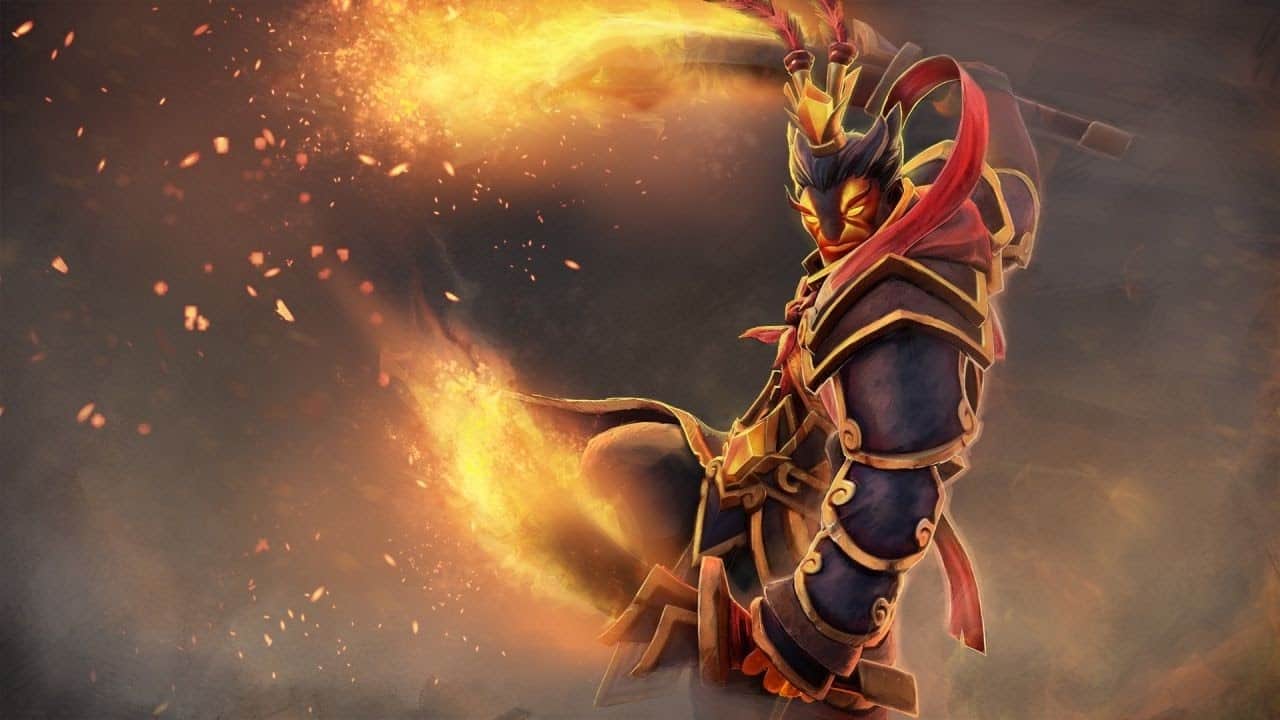 Here are some of the best Dota 2 heroes in the pro scene right now in 2020.

Even though not every pub player watches pro Dota 2, those of us that do know every single series is really interesting. Regardless of the patch, or the tournament that we’re watching, each game has something new to offer.

Some fans watch the game for fun, whereas others are trying to learn something. As you know, the pro meta always impacts the pub meta. That’s why in this article, we will take a look at some of the most popular core heroes in the pro scene. Some of them have been in the meta for a while now, whereas others have recently become really popular.

Needless to say, these heroes are among the most picked in pub games.

If there is one core hero that has successfully survived the test of time, it has to be Ember Spirit. The elusive agility mid laner/carry has been in the meta for several years now. However, the thing that’s really interesting about him is that he is incredibly versatile when it comes down to items, and the way he plays.

During the first couple of months of his popularity, Ember Spirit was mainly used as a glass-cannon right-click monster. People used to stack Divine Rapiers and Daedalus all the time so that he can do as much damage as possible.

However, this build became less and less relevant because teams learned how to play against it. Literally one wrong move meant GG for Ember’s team, so something had to change.

Once the talents got introduced into the game, Ember Spirit rose from the ashes once more. Nevertheless, instead of the one-shot monster that he was known for, Ember Spirit became one of the strongest spell-casters in the game. His talents allowed him to snowball out of control pretty easy and then just rip through his enemies.

Needless to say, this led to many nerfs, which in the end kind of pushed him away. Until people found a new way to utilize him, by going for the so-called “Hybrid Build”. Here, you have to buy both physical and magical damage items, which means that you’re used at every stage of the game. Of course, people still focused more on the magical aspect because Ember needs to make things happen during the early game.

The second core hero recognizable to fans who watch pro tournaments is Naga Siren. This is one of those carries that usually doesn’t see much love in pub games. Apart from the fact that she is pretty difficult to play with, Naga Siren is also fairly easy to counter, which is why picking her is pretty risky.

However, if you manage to get the hero in a game where there are no counters, she can absolutely destroy the enemy team. That’s why we often see the hero in pro games, especially when the teams have a certain tactic in mind.

Similar to Ember Spirit, Naga Siren also went though evolution in terms of the items that people purchased. Previously, it was all about that Radiance + Octarine Core rush which allowed the hero to spam illusions all the time and push all waves. This build basically suffocated the enemy team because they couldn’t push. However, it wasn’t that effective in terms of team-fight because Naga didn’t really do that much damage.

As time went on, most pro teams learned how to deal with this really annoying hero. This meant that people had to come up with a new way in which they can utilize the hero. Now, instead of rushing Radiance, almost all Pro Naga players go for the Diffusal + Manta Style build.

Although the hero doesn’t farm as fast as she used to, she is way more useful in team fights. What’s more, she's also amazing when it’s time to push towers.

The last core hero that is often picked in almost any meta by some of the teams is Anti-Mage. This is one of the strongest late-game carries in Dota 2 that is often capable of carrying the game on his own. However, in order to do that, the hero needs to accumulate a decent amount of farm, which is not that easy, especially against some really aggressive laners.

Unlike Ember Spirit and Naga, Anti-Mage’s build hasn’t really changed all that much. In fact, most players still buy the same items as they did in DotA. There was an attempt to “input” Maelstorm in his items but it wasn’t so successful. As a result, nearly all pro players go for the classic Battlefury + Manta Style build which makes him really deadly.

Apart from being really popular in the professional Dota 2 scene, Anti-Mage also does wonders in the pub scene. In fact, he is usually one of the most picked heroes there, especially in the lower MMR bracket.

Although this hero is often underrated in the pub Dota 2 scene, almost all pro mid players love to pick him. Dragon Knight is one of those heroes that you pick whenever you need someone to soak damage.

In addition to his incredible tanking capabilities, this hero is also capable of doing a lot of damage. However, this requires him to buy multiple items, which can sometimes be pretty hard because he is not the fastest farming hero out there.

Similar to Anti-Mage, the most popular Dragon Knight build hasn’t really changed all that much. The vast majority of the mid players rush to get their Blink Dagger so that they can start ganking people. In addition to that, they usually go for the standard tanky items, such as a Black King Bar, Assault Cuirass, and so on.

Apart from being a good ganker, Dragon Knight is also an excellent laner. In fact, this is one of the main reasons why so many people decide to pick him. Even if he can’t always win his lane, he rarely loses it either because he has loads of passive armor and HP regen. That’s why he is generally considered to be a “safe pick”.

Although PL is probably a little bit more “meta orientated” hero, he still gets picked from time to time, especially among some of the European teams. However, the main problem that this hero always had to deal with is the counters.

Unlike other heroes in this list, PL can be very hard to play if there are heroes that are considered to be heavy counters. That’s why almost all teams prefer to pick him last so that he doesn’t have to play defensively all game.

Even though he is not strong in the early game, once the hero gets some farm, he can become dangerous. When he gets the proper items, Phantom Lancer can literally 1v5 the entire enemy team. That’s why most of the pro clubs try to play really aggressive against this hero so that they won’t allow him to snowball and eventually take over the game.

The situation with Phantom Lancer in the pub scene is pretty much the same. Usually, he only gets picked whenever there are no counters. However, he is not the best pub game hero because he needs decent lane support in order to farm well. Sure, he can stay on his own and spam his Lance but this won't always work in every situation.