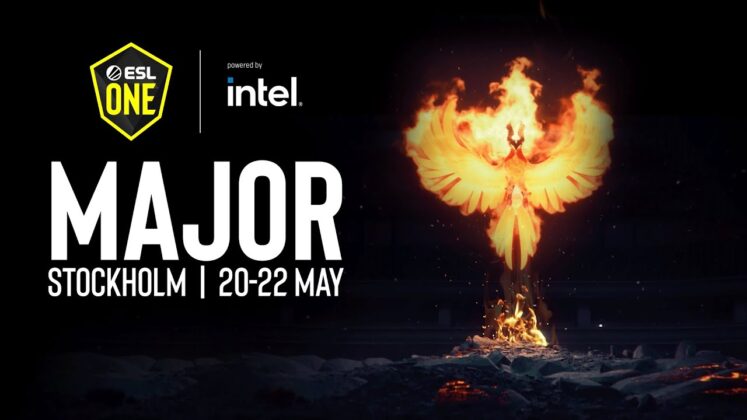 Everything you need to know from Day 2 of the Stockholm Major.

The first day of the ESL One Stockholm 2022 Major came to an end after numerous fantastic series. Some teams impressed us a lot, whereas others (EG) failed to live up to the expectations.

With that being said, it is time to look at the second day of the Major and what happened in some of the most interesting games. Like yesterday, we had the chance to watch 12 matches across Group A and Group B.

The matches in Group A were more interesting because two of the series in Group B did not take place. As you know, three of Mind Games’ team members did not receive a visa for Sweden, which is why the team is unable to play.

Without further ado, these are the series that deserved more attention.

One of the first series of the day that everyone expected to see was between OG and T1. Both teams did well yesterday and were yet to lose a series. OG won one game and secured a draw against BOOM, whereas T1 won against EG.

Both teams had good drafts in the first game of the match, but OG was the better team. The EU squad had an explosive start to the game and gained seven kills in the first eight minutes. The two times TI champions made sure to crus their opponents’ offlane, which gave Artem “Yuragi” Golubiev’s CK enough time to farm.

Things were looking good for OG as their advantage kept increasing. However, T1’s draft was able to bounce back and win several significant fights. What was important for T1 is their Lina because the hero had a massive net worth lead over any other hero.

Despite having CK on the team, OG was unable to stop T1 from pushing. The SEA powerhouse slowly gained a solid lead and won the first map.

It seems like OG really likes Storm Spirit because the team picked it for the second time. However, this game did not start well for the European team.

Unlike in game one, where they had a solid lead, game two started in favor of T1. Thanks to Karl “Karl” Matthew Baldovino’s Puck, the SEA team won the laning stage and continued to dominate in the mid game. The only reason why T1 was unable to gain a huge lead is because of TA’s farming capabilities.

Unsurprisingly, OG didn’t want to go down without a fight. The team did everything it could to bounce back and almost succeeded. However, Puck was just too strong, even for the likes of Yuragi and Bozhidar “bzm” Bogdanov. As a result, OG lost its first match in the Major.

The second series of the day was essential for Evil Geniuses. As mentioned earlier, the team lost both series yesterday, so this was definitely a game the team had to win. Sadly, they had to play against BOOM, which is one of the best teams in the world.

Typical for EG, the team picked Storm Spirit for the mid-lane in game one. Needless to say, BOOM was expecting this, which is why it picked QoP and DK, two heroes that do well against SS.

Unlike yesterday, EG had an excellent start to the game. Storm’s solid start allowed the team to pressure the lanes and now allow BOOM’s cores to farm. With that being said, the worst fight for BOOM took place around the 19th-minute mark near the Rosh pit. The SEA powerhouse tried to snatch the Aegis but died one after another. After dying,  EG got the Aegis and a massive gold lead.

Their Templar Assassin became even harder to kill, so the team was able to win the first game of the match.

Game two of this series was more interesting than the first one for a couple of reasons. Besides the fact that the two teams were evenly matched, we had the chance to see a couple of new heroes from EG. Instead of getting Storm, EG picked Ember. They also got Chen, a hero that we don’t see often.

We expected BOOM to have an excellent start to the game, thanks to their aggressive lineup. However, EG had complete control and even secured their Ursa an early Aegis. Sadly, this item was not enough for EG to fight comfortably because BOOM’s Razor had several items.

The mid game was full of action as both teams traded kills back and forth. Neither team was able to get a solid lead, but after securing multiple important kills, BOOM got two lanes of rax. EG tried to fight, but the SEA roster eventually got megas and equalized this series.

The last game of this day that we were eager to watch was between the current TI champions and Thunder Awaken. Although TS looked like the big favorites, TA won both of their matches yesterday. Hence, no one knew what to expect from this match.

Unsurprisingly, TA rolled out their classic Tiny in the mid lane, a hero that they’ve used a lot during Tour 2. Sadly, even this hero was not enough to bring down the powerful Team Spirit. Despite the slow laning stage, the CIS powerhouse took over the game and gained an impressive lead just 17 minutes after the start.

Thunder Awaken had a successful start in the second game and allowed their Terrorblade to secure a substantial net worth advantage. With that being said, he had to go up against Medusa and Mars, two heroes that work well against him.

Team Spirit had some problems early on because they didn’t have enough damage to bring down their opponents. However, a terrible decision from TA’s to kill Roshan allowed Team Spirit to wipe them.

After killing 5 heroes and securing an Aegis, Team Spirit suddenly became the stronger team. They tried to use their advantage and push, but TA’s Terrorblade prevented them from ending the game.

Sadly, the hero was unable to defeat the deadly Medusa, who got yet another Aegis. This gave Team Spirit the needed power to push their opponents and secure a second victory.

Stay tuned for more news from the Stockholm Major, and don't forget you can check out our Dota 2 betting tips.