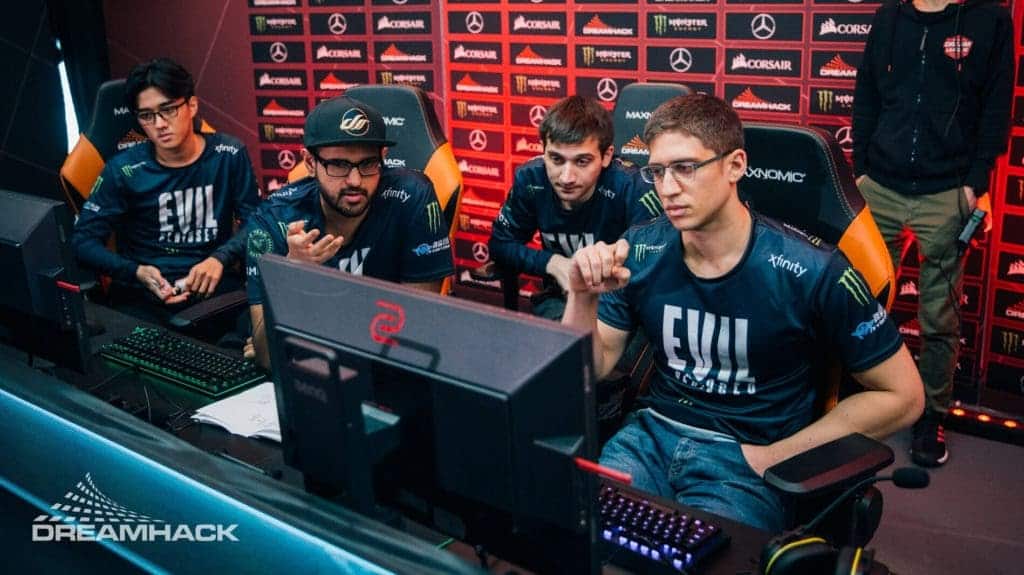 The Leipzig Major is slowly coming to an end. Two more teams are now out of the tournament after another day of epic action. In other words, there are only three teams left that will fight for that jaw-dropping $1M USD prize pool and 15K DPC points.

Let’s take a look at what happened today.

The day started with a LB series that was more personal than it seemed. As you probably know, Team Liquid’s current roster used to play under the Alliance banner last season. However, after Adrian "Fata" Trinks created his new squad, Jonathan "Loda" Berg took them under his wing.

The two powerhouses have met together several times in the last couple of months. Even though Alliance had better results, the outcome of the direct clash has always been unpredictable.

Nevertheless, it seems like the lust for success this time was bigger for Alliance as they managed to take down their arch-enemies with a score of 2-1. The Alliance players definitely felt good after they were eliminated by Liquid in the MDL Chengdu Major a couple of months back.

Game one was relatively close as both teams fought constantly. Despite that, neither one was really able to take advantage of the other. However, the Gyro-IO combo from Alliance started to show its prowess after Nikolay “Nikobaby” Nikolov got a couple of items. As a result, Alliance was able to eventually close the game and take the lead in the series.

In an attempt quickly win the series, Alliance picked Gyro an IO yet again. However, Team Liquid was prepared this time and quickly ripped through their enemies. In fact, they needed just 28 minutes to win and push the series into a final game three.

Game three wasn’t that action-packed at the first two ones because the loser had to go home. Eventually, Alliance managed to get a kill on Roshan and an Aegis that completely changed the game. As a result, they slowly started to siege their enemies until GG was called.

The second series of the day was probably one of the most anticipated games yet. The two best teams in this tournament had to go head to head to determine which one will grab a spot in the Grand Finals.

Even though the Chinese played well, their efforts were not enough to bring down the mighty European team.

Game one wasn’t good at all for Vici Gaming. Although they had a decent pick, Secret’s Arc Warden and Monkey King gave their enemies a rampart. The Chinese tried to pull out their amazing Drow start once more but it turned to be ineffective against the power of Team Secret, resulting in a victory for the EU team.

With just one game away from elimination, Vici Gaming tried to pull a rabbit out of their hats by picking IO-Gro. Although they had a very solid start, it was Team Secret again that ended up winning.

After the loss, Vici Gaming drops to the Lower Bracket where they will have to play against Evil Geniuses. The winner from this match will play in the Grand Final. Needless to say, it will be very interesting to see if EG will be able to take revenge.

We take the series 2-0, securing our spot in the final day of the DreamLeague Leipzig Dota Major!

Our Dota squad has battled all the way to the Lower Bracket Final, where we'll have a rematch against @VICI tomorrow morning!#LIVEEVIL #DHDL13 pic.twitter.com/dcSLruWwy0

The final series of the day was a battle for survival between two different teams. EG went through a very drastic roster change after TI 9 which seems as if it’s working for now. Unfortunately, they ended up in the LB after having to face Vici Gaming earlier.

The first game between these two teams was relatively easy for the NA powerhouse. They’ve decided to bet on a Drow + TA draft that tends to snowball relatively easy. Even though Alliance had decent heroes against this lineup, their efforts were just not enough to withstand the pressure from EG. As a result, the NA team got a lead in the series.

The alliance had one last shot at keeping themselves in this Major. Sadly, they couldn’t take any advantage of it at all. On the contrary, EG played absolutely flawlessly in the entire game.

After securing themselves a strong start, they’ve slowly but steadily started to suffocate their enemies. Their EU counterparts were eager to do something using their Death Prophet but their efforts were futile.

Following the loss, Alliance becomes the last team today. Despite that, they secured a top-four finish, which is impressive for a team that’s been together only for a couple of months.