ESTNN checks out the top heroes from Tour 1 of the DPC EEU.

Eastern Europe is usually one of the most interesting regions in Dota 2 because the teams there are evenly matched. However, after Team Spirit dominated its opponents during TI 10, the region became even more popular. That’s why it shouldn’t come as a surprise that people from all over the world were eager to watch some of the best teams in action.

We had the chance to watch several weeks of epic action, and as expected, Team Spirit had little to no trouble in Division I. The team won every series and became one of the few names in Dota 2 that is yet to lose. Apart from TS, Virtus.Pro, PuckChamp, and HellRaisers are the other three teams that did well. They managed to win most of their matches and secured themselves a top-four finish.

Pro players in Eastern Europe used loads of famous heroes throughout the six weeks of intense games. Some were definitely more popular than others, so let’s go over the heroes that played a special role for most teams in Eastern Europe.

The reason why we combine all of those heroes is that we’ve also featured them in the previous article about the top heroes in Western Europe during the DPC. Needless to say, pro teams in every region play on the same meta, so it probably doesn’t come as a surprise that there are many similarities.

Like in WEU,  Bane is the most popular hero here. It appeared in 75 games in total, which is really impressive. However, unlike its W/L rating in WEU, Bane only has a 50.67% win rating in Eastern Europe. This means that most teams have learned how to deal with annoying support. 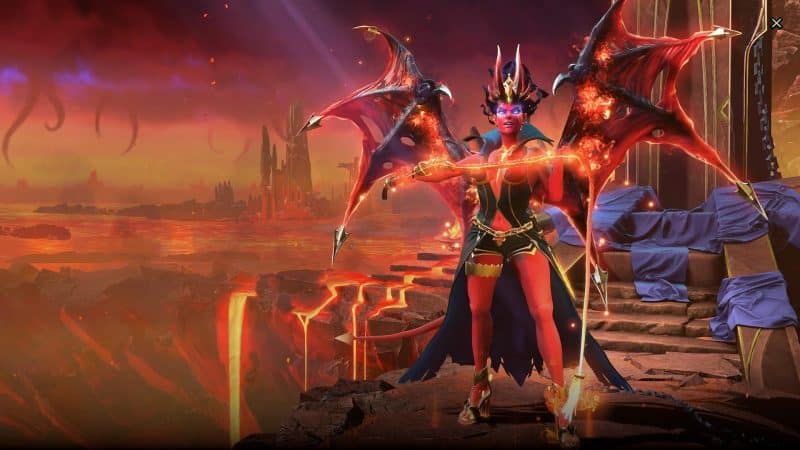 Besides Bane, Queen of Pain is also one of the heroes that were picked almost every game. With a total of 60 matches, she is the second-most popular option among pro teams in Eastern Europe. Sadly, the hero only has a 45% win rating, which means that the best teams also use other mid laners.

Interestingly, the pro teams in Eastern Europe have way more success with Weaver than their colleagues in WEU. It seems like most teams know how to utilize the hero’s power because he has around a 65% win rating from 51 games. It will be interesting to see whether he will continue to be among the go-to options once the new patch arrives.

Speaking of popular heroes, Spirit Breaker and Snapfire are also among the best. Even though neither of them has a high win rating, they played an essential role for many teams. SB is the more popular option out of the two, but he has a worse win rating than Snapfire.

Kunkka is one of the heroes with many fans in PUBs. With that being said, the hero always played an important role for some Dota 2 teams, so it shouldn’t come as a surprise that the hero was among the best in the DPC.

Like Weaver, Kunkka is a hero who can fit in many scenarios. The hero's versatility makes it an excellent option for teams that want to surprise their opponents. Most people use Kunkka as a position four support, but there are many pro teams that tried to utilize the hero’s core capabilities. Despite not being the best carry, Kunkka is an excellent option for the mid lane. He can easily win most 1v1 matches and gain a significant advantage over his opponent.

During the games in Division I and Division II in Eastern Europe, Kunkka appeared in 49 matches. Although the hero did well in most of them, Kunkka only has around a 47% win rating, which means the hero lost most of its games.

One of the interesting heroes that appeared in multiple matches in Eastern Europe is Puck. This is a hero that is notorious for being one of the best tempo controllers in the game. Thanks to the hero’s magical damage, he can kill almost any hero on the map during the mid game, which gives the carry hero enough time to farm.

Puck has a similar role to Queen of Pain, which explains why it is one of the most picked heroes in Dota 2. Some of the best teams in Eastern Europe used the hero 36 times. Despite not having an impressive win rating (~53%), Puck helped many teams succeed. Therefore, we will keep seeing the hero in the future.

The last hero we’d like to include on this list is IO. Usually, most heroes that are popular among the best pro teams are also the go-to options in pubs. However, there is one exception, and that’s IO. The latter is one of the heroes that has always been among the preferred options for pro teams. He works really well when paired with specific heroes, such as Storm Spirit, Tiny, Drow Ranger, and more.

The fact that IO is complicated to play means that people who know how to use him are really successful. That’s one of the reasons why IO has a 60% win rating after he appeared in 35 games.

Interested in more opinion and analysis from Tour 1 of the DPC? Check out WEU's Top Heroes here.