Dota 2: Black King Bar – Which Heroes Should Buy It? 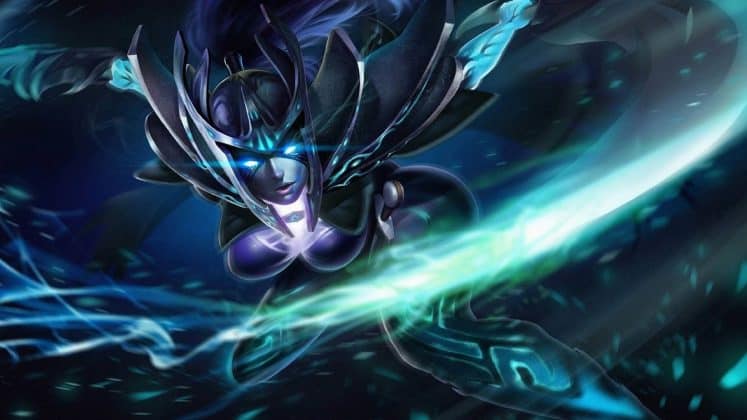 Let’s take a look at some of the heroes that are known for getting a Black King Bar and why it works for them.

Black King Bar is one of the items that has the most impact in a game of Dota 2. Although the item may not look that special to inexperienced players due to its low stats, its effect is what makes it truly special. When used, it grants the hero the ability to become immune to most spells in the game for a couple of seconds. During that time, the hero can use other spells and abilities and usually try to do as much damage as possible.

Many years ago, Black King Bar was one of the most overpowered items in the game because its duration was not affected by how many times you use it. In other words, heroes had a full BKB duration even if they’ve used the items 10 times. Needless to say, IceFrog finally realized that this was unfair, which is why he decided to change it and reduce the duration by one second each time the hero uses it until it reaches 6. In other words, the minimum BKB time you can have is 6 seconds.

Generally speaking, BKB is one of the items that can be purchased by any hero, depending on the situation. With that being said, here are some of the heroes that usually grab a BKB in pubs and get good value out of their purchase.

Despite only having some success in the professional Dota 2 scene, Phantom Assassin is one of the most picked and sought-after carry heroes in pubs.The fact that she's easy to play and doesn’t have any skill shots makes her the go-to option for many new Dota 2 players. Her ultimate allows her to do insane amounts of damage if RNG is on her side, making her even more fun to play.

Despite the high damage output, PA’s main problem is the fact that she's really squishy. That’s why almost everyone who picks this hero gets a Black King Bar sooner or later. Besides giving her extra Strength and Damage, the item allows the hero to have several seconds of guaranteed uptime. Usually, this is enough to kill at least one or two enemy heroes, depending on the situation.

Although BKB is important to PA and many other carry heroes, you shouldn’t aim to build this item first unless there is no other way of surviving. After all, the hero needs to be able to do damage in order for the BKB to be effective.

At the time of writing this review, Marci is the newest Dota 2 hero, and by the looks of it, she's among the best ones right now. Even though the hero is really new, people have already discovered her potential and started utilizing it. She is a dangerous carry that can do tons of damage, given the opportunity. However, similar to Phantom Assassin, she is vulnerable, which is why people usually purchase a Black King Bar.

Keep in mind that Marci is a relatively fast farmer, which means that if you get a damage item, you can build to a BKB in the early game. Once you purchase this item, you can start participating in team fights safely, at least until the late game arrives.

Shadow Fiend is one of the few mid laners that can be played as a spellcaster or physical damage dealer, depending on the situation. Even though the items that people need to purchase are completely different, one of them is the same, and that’s Black King Bar.

Despite being one of the best damage dealers in the early and mid game, Shadow Fiend has one main disadvantage — he's squishy. Almost every gank ends up in a kill, which is why most SF players are really defensive during the laning stage. Although the hero lacks durability, if players purchase the right items, they can easily make him one of the bulkiest heroes in the game. Like others on this list, Shadow Fiend requires a BKB at a later stage of the game, which means there is no need to purchase it right away.

Money King is probably one the highest physical damage dealers early on. When the hero was first released in the game, he was absolutely a nightmare to lane against, especially in mid. He can easily bully any enemy hero and even dive behind the towers, thanks to his lifesteal.

Although MK has the potential to do loads of damage, he is known for his lack of armor and the fact that he can die in a matter of seconds. One of the items that prevent this from happening is Black King Bar because it gives him extra HP and spell immunity. Monkey King is one of the heroes that absolutely needs to have a BKB in order to survive.

This is probably the most interesting hero on this list because Windrager is usually not your typical Black King Bar-purchasing hero. Even though she is sometimes played as a support, WR is one of the best mid laners and offlaners, especially against certain heroes. While it is true that she has Windrun, which allows her to be very aggressive and escape most ganks, she is susceptible to spell damage. Consequently, people who pick WR as a core often end up purchasing this item, besides not offering the best stats for her.

Keep in mind that getting a BKB for a support Windrager is not a good idea. The item is too expensive and won’t allow her to utilize her full potential. That’s why some of the most common items for the hero include things like Eul’s, Force Staff, and Scythe of Vyse.

Luna is yet another classic BKB builder. And unlike some heroes on this list, she is often the go-to option for many professional teams. The thing that makes Black King Bar such an important item for Luna is her ultimate. Unless she gets an Aghanim's Scepter, she needs to be in the middle of the teamfight in order to do the most damage. This is where BKB shines because it allows her to use the items and run through everyone without worrying about getting stunned.

Since the ultimate is not that strong during the late game, Luna’s BKB also helps her have a few seconds of uptime when fighting or pushing. A fully-farmed late-game monster like her needs just a couple of seconds to demolish the opposing team’s base.

Enigma is a hero known for loads of things, but perhaps the one that stands out is Black Hole. This spell might not seem dangerous early on, but a good ultimate can completely change the course of a teamfight. However, landing a good Black Hole is easier said than done because Enigma needs the right items.

Of course, one of these is Blink Dagger, it gives the hero the needed mobility to cast the big ultimate. Although Blink Dagger is important, having a BKB is almost a must. Especially if there are enemy heroes that can stun or interrupt Black Hole’s channeling.

While a BKB is a good pick on any of these heroes, remember it's a circumstantial item. Don't rush it, no matter who you're playing, unless survival in the early game is questionable!