OG’s hopes for DPC Season 2 run high as Ana returns to the roster.

Speculations ran wild after February 28, as Anathan “ana” Pham returned to playing Dota 2 after a four-month layoff. There was nothing conclusive about Ana returning to Dota specifically, with January also bringing an announcement he’d reached the top ranking in Valorant. Fans also expressed opinions regarding whether Ana would return to OG at all. Pointing out that with the travel situation caused by the pandemic, the Australian player might be better off playing closer to home, in SEA.

All these questions were answered when OG announced Ana’s return to their Dota 2 roster on April 11.

When things go wrong and you're unsure where to go next, the only source of sunlight that you feel like turning to is your friends. Your family.

The ones that love and accept you for exactly who you are.

OG tried playing with high-caliber substitutes. But none of them provided the chemistry OG were looking for. There were those in the organization who felt Ana’s return was like a family member coming home.

Ana has had an illustrious run with OG. Most notably the two consecutive first-place finishes at The International in 2018 and 2019. He first started playing for the European squad in 2016.

Both fans and OG execs were pretty hyped about the star player’s comeback. As evidenced by their official announcement.

OG happy to have Ana back

OG Esports Co-owner, Sebastien “Ceb” Debs, spoke about how the team felt to have Ana back on board “Ana is a beast, we all know that.” Said Ceb. “We love playing with him, and we love having him back again.” He continued, before adding that OG planned to enjoy their time together and “cherish” the experience. “At the end of the day, it is all about playing high-level Dota, with great people and enjoying how great it feels.”

Johan “NOtail” Sundstein, OG Esports Co-owner, also reminisced about his experiences with Ana. “Playing with Ana has always been special for me.” The team’s captain said. “It brings back so many memories…” Said NOtail, before elaborating further, “So many lanes won… So many big fights… So many fun moments.”

Even JMR Luna, OG Esports CEO, who joined OG during Ana’s break, has something positive to say, “I understand what he means to all OG fans… I mean it’s obvious from all the spamming I see online!”

OG Esports’ roster for Season 2 of the European DPC is; 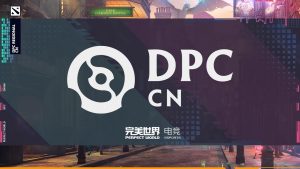 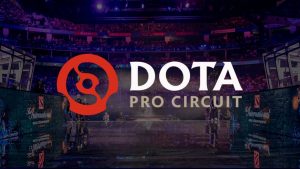