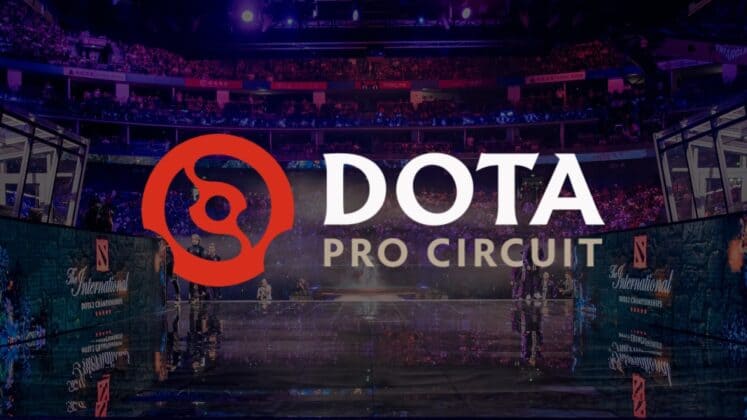 Following five weeks of action where Team Spirit dominated its opponents in CIS, it was time for Division I and II’s final games.

There were several interesting matches in both of them, and by the looks of it, we will have a tiebreaker between VP and HR.

Even though we only saw three series in both divisions, they were definitely worth it. Apart from the surprising results, some teams played way better than we thought. So, let’s go over some of the things that took place in each division during the week.

The first match in the Eastern European DPC Division I was between Team Empire and HellRaisers. Everyone expected Maxim “re1bl” Afanasyev and everyone else from his team to dominate. However, Team Empire managed to overcome their enemies.

People expected Team Empire to play well in the DPC, but after several matches, the team will be relegated to Division II. A series of unsuccessful results prior to this fight “forced” people to think that HR is the definite favorite. Despite the fact that the roster won the first game of the series, TE managed to bounce back.

The second game of the series was probably the most interesting one because it lasted for nearly an hour. Even though HR had a better draft for the late game, TE did the impossible and equalized the series.

HellRaisers wanted to end the series as fast as possible, which is why it picked heroes, such as Lycan and Wraith King. Unfortunately, they were unable to utilize the heroes’ potential because TE played really well and secured themselves the victory. Despite that, the team will have to compete in Division II.

This was one of the most hyped series of the DPC, which probably doesn’t come as a surprise. Both teams are among the best in the region, which is why people were eager to see the end result.

Many people considered VP to be the favorites, but Team Spirit proved yet again why they are the best in the world.TI 10 champions ripped through their opponents like a knife through butter in both games.

Despite using Queen of Pain in both games, Team Spirit managed to outplay their opponents easily. Game one was more interesting because the Drow Strategy didn’t give VP any chances of winning. Following the dominant victory, Team Spirit had no problem in game two and finished first in Division I after winning all seven matches.

Mind Games vs AS Monaco Gambit

This series was not that interesting on paper, but both teams had to give everything they have in order to survive in Division I. Even though ASM Gambit was the favorite, MG ripped through them after two quick victories.

Despite having Ember Spirit and Razor in their roster, ASM Gambit was unable to utilize their heroes’ potential. Mind Games picked a very aggressive draft that did not allow their opponents to do anything. As a result, the team needed just 19 minutes to win.

After the loss, ASM Gambit decided to step up their game and show their prowess. While it is true that the team played well, it was unable to defeat Storm Spirit and the other heroes from his team. After the loss, the team finished second-last, and it will have to compete in Division II.

The action doesn't stop in Division I, with plenty on the line for our teams in the lower bracket of competition, including elimination.

Nemiga and Gambit are among the few teams in Division II that people from different parts of the world paid attention to. Even though many fans expected both teams to dominate, they were unable to live up to the expectations. Consequently, they weren’t able to secure themselves a spot for Division I.

The first game between the two was intense, and it lasted over 50 minutes. Nemiga definitely had the better draft for the late game, but Gambit won several essential fights. This allowed them to snowball and win the first game.

After losing a game they should have won, Nemiga was demoralized and couldn’t achieve much in game two. Despite picking Spirit Breaker and Queen of Pain, two of the most dominant heroes in the patch, Gambit was able to overcome their opponents. Puck and Phantom Lancer had an easy game and allowed their team to win the last series of Division II for them.

CIS-Reject was the most dominant team on paper because it featured among the best players in CIS. That’s why it doesn’t come as a surprise that the team had little to no trouble defeating HYDRA.

The first game was really fun to watch because CIS-R used an old-school combo in the face of Magnus and Ember Spirit. Although it wasn’t easy, Pavel “9pasha” Khvastunov and the rest of CIS-R managed to win the first game against their opponents.

After the victory, CIS-R decided to pick a draft focused on the late game. Hence, the Eastern European powerhouse picked Medusa. HYDRA decided that they also want to compete in the late game, so they’ve drafted Wraith King.

Although the game was even for the first couple of minutes, CIS-R took the lead, which allowed their Medusa to acquire a couple of items. Needless to say, this gave the team a solid advantage and allowed them to take the victory in their favor.

The last series in Division II was as interesting as the other one because we had another surprising result. Although V-Gaming is one team that performed really well in the DPC, it was unable to win the last series against Winstrike Team.

Evgeniy “Noticed” Ignatenko and his four team members picked Weaver and Mars in both of their games. It seems like these two heroes worked really well together because they ripped through V-Gaming’s lineup fairly quickly.

V-Gaming tried to use Spirit Breaker in both games, but the hero was unable to live up to the expectations. He was able to help his team in the second game of the series, but V-Gaming’s draft was focused on the late game. Winstrike took full advantage of it and picked heroes that allowed them to shine early on. Finally, after 32 minutes, the CIS powerhouse delivered its knock-out punch.