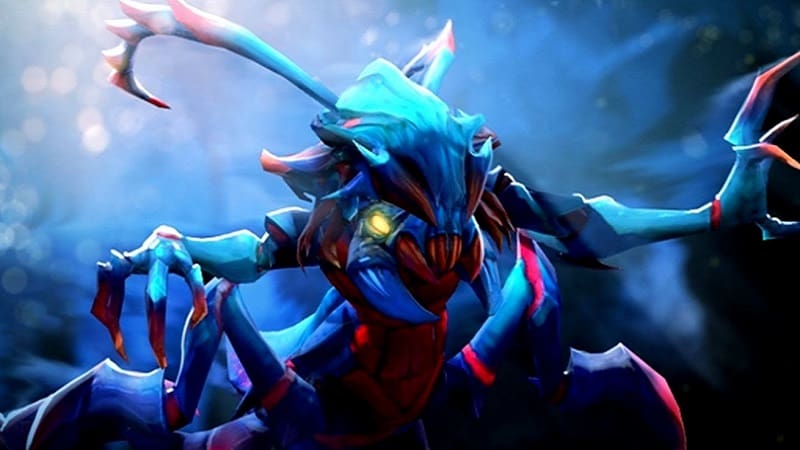 Weaver is often underestimated but is incredibly strong.

We are pretty sure that when you hear the word “carry”, the first thing that comes to your mind isn’t Weaver. That’s kind of expected because this hero was forgotten for a while. Even though some teams tried to pick him from time to time, he wasn’t all that popular, even in pub games. One of the main reasons for this is that he is not the fastest farmer around. Also, while it’s true that he is hard to kill, he is also pretty fragile once he is caught.

Having said that, IceFrog decided that it’s time to make this hero more popular. As a result, he gave Weaver four buffs in patch 7.25, which had a dramatic impact on the way the hero is played and picked. These helped make him into a threat in the current meta.

As we’ve just said, the newest patch in Dota 2 introduced a couple of changes to the hero. In terms of his abilities, Shukuchi now provides even more movement speed than before. Instead of +225 on all levels, it now gives +220/240/260/280, which is a significant change.

However, the buffs that really stepped up the game for Weaver were to his overall stats. Now, the hero starts with 16 intelligence, has 2.0 int gain, and 0.75 base mana regen. In other words, he is capable of spamming his spells a lot more, which makes him a very strong laner. Even if these changes might not seem as much, they have a drastic impact on the hero.

That’s why it doesn’t come as a surprise that Weaver is currently one of the most successful heroes in the highest-MMR bracket. He currently has around 53% win rating and it's going to increase over time.

What are the best items for Weaver?

The answer to this question depends heavily on the position that he is playing. Apart from carry, many people play offlane or even position four, depending on their team tactic. However, since this article is about the carry Weaver, we will focus on it.

Many players tend to focus mostly on the glass-cannon damage build. This includes items such as Desolator, Monkey King Bar, Daedalus, etc. However, there are also other builds out there that a bit safer, like a Diffusal Blade and Linkin’s Sphere, for example.

We prefer to be somewhere in between. Weaver is one of those heroes that needs to have items that do damage in order to be effective. That’s why you can’t just get defensive items because he won’t be able to do much. On the other hand, he is also very squishy, so you have to think about that as well.

Having said that, here are the six items that we’d have in a game:

What heroes to pick against Weaver?

The pesky bug is one of the nightmares of every support player. He is very fast and deals tons of damage, which makes dealing with him a nightmare, especially in some situations. Nevertheless, he also has a set of weaknesses. For example, he doesn’t have a lot of range, which means that some melee heroes can try to bully him.

Having said that, here are a couple of heroes that you can pick against him: