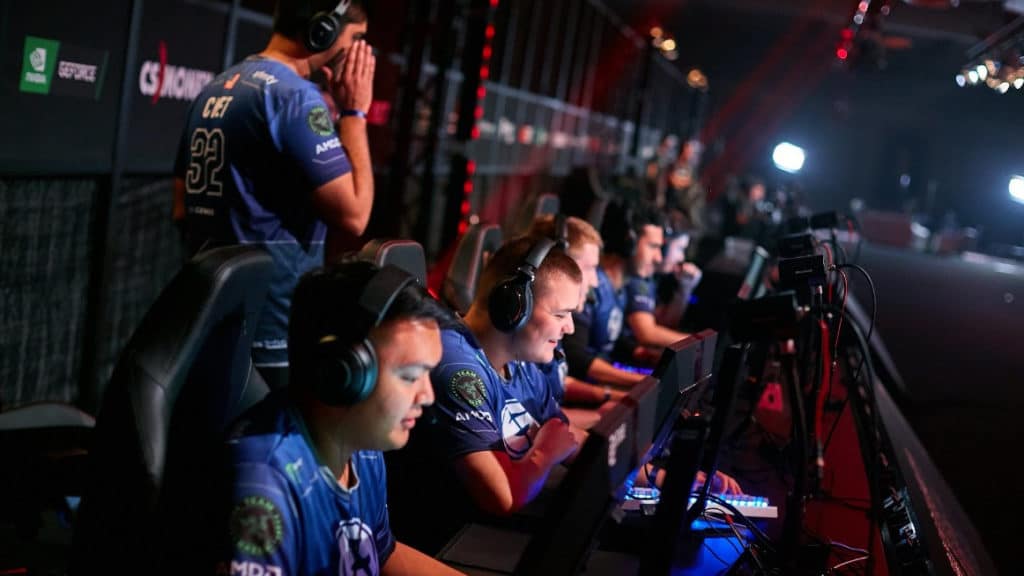 An indepth look at how EG broke FaZe Clan on eco round vs full buy at IEM Beijing.

FaZe made an astounding difficult way to the play-off at IEM Beijing. In the decider group match the Europeans met Evil Geniuses.
That was a hard match, but we want to separately express and analyze the key round on Inferno: in a decisive minute EG stomped a weapon round by FaZe having only pistols and a few smoke grenades.
Let’s look a bit deeper.

Beginning of the round

We can note a couple of interesting moments here:

Firstly, EG stayed calm. They decided to play their passive default (2B+3A) round instead of 5-man A/B stack or an overextending aggression, what we often see in a professional matches.

Secondly, let’s take a deeper look on players’ positions: B-anchors, tarik and Ethan were without armor, and both Desert Eagles also were bought by A-site anchors.

So, it simply means, if EG could have a chance to win the round – it should had happen on A-site. But it went the worst way for FaZe.

Tarik surprises NiKo and takes his weapon for EG

That was the beginning of the end for FaZe. The Europeans threw smokes to close CT-spawn, and coffins to close vision for the defenders of B-site. Then, Tarik  deployed a close range smoke and instantly started to move out of B-site.

Nikola "NiKo" Kovač ran through the smoke of tarik and unexpectedly met the American in a close position.

Tarik died shortly after his opening kill, but it didn’t matter at all. Evil Geniuses got the weapon drop from NiKo’s body and FaZe couldn’t do anything due to smokes that were deployed earlier.

Ethan leaves no chances to FaZe with 2 smart kills

Ethan “Ethan” Arnold picked up SG-553 and decided the destiny of this round.

After he grabbed the device, an old smoke disappeared and Ethan chose the best position he could. He made 2 kills from here and no one could punish him for it. It was a one-way smoke! Rain saw nothing and started to shoot through the smoke, while Ethan saw his leg in the corner.

Then, broky even tried to jump but also saw nothing! After this disaster, FaZe stayed in 2v4 situation, having not that much time (45 seconds), no confidence, and no real chances to win.

This round broke a FaZe on Inferno, they lost 14-16, and it was a great performance by EG. Though, the Americans lost the whole match, Inferno was an impressive map.
GG, WP.