We take a look at some of the best CS:GO players of all time.

Since CS:GO is one of the most popular esports in the world, it shouldn’t come as a surprise that it has had numerous superstars over the years. Some of them were popular in CS 1.6, whereas others made a name for themselves in CS:GO.

Even though creating a list with the best player in the game’s history is easier said than done, we’ve decided to give it a shot. The players you see below are not listed in a particular order. There's never enough room on these lists for every single worthy contender, but these are the players we think stand out.

One of the first names on our list is Christopher “GeT_RiGhT” Alesund, one of the best Swedish CS players in the world. Everyone who likes this game knows that GeT_RiGh is a living legend because he started his career in 2003. Sadly, GeT_RiGhT decided to retire from the professional scene and became a streamer for Dignitas, one of the most popular CS:GO teams.

Christopher is one of the people who was popular in CS 1.6. He played for teams like Ninjas in Pyjamas, SK Gaming, Meet Your Makers, and Fnatic. However, once CS:GO arrived, GeT_RiGhT spent seven years in Ninjas in Pyjamas (2012-2019). He became a part of Dignitas in 2022 and started there until 2021, when he announced his retirement.

The fact that GeT_RiGhT has been in the professional scene for so long means he was a part of many legendary rosters. Some people will remember him for the jaw-dropping 87-0 map win streak on LAN events, as well as winning the ESL One Cologne 2014.

One of GeT_RiGhT’s teammates also has to be on this list because he is one of the most recognizable names in the game. The Swedish powerhouse Patrik “f0rest” Lindberg also played for numerous teams over the years. During the CS 1.6 era, he was a part of Embrace, Fnatic, Begrip and SK Gaming. However, once CS:GO came out, he played for Ninjas in Pyjamas for 8 years before moving to Dignitas.

MORE FROM ESTNN
CS:GO: The Galil AR Skins You Should Have

Although f0rest had an impressive career in CS:GO, he is most famous for his stellar performance while he was a part of Fnatic. Similar to GeT_RiGhT, f0rest also won all sorts of rewards over his career. He is also one of the three players who has played for the most prominent Swedish teams (SK, Fnatic and NiP).

After the Swedish superstars, the next player we have to point out is often regarded as the greatest of all time, and for a reason. Oleksandr “s1mple” Kostyliev is probably the best AWP player globally, which explains why he has the nickname “The Undertaker”.

At just 24 years of age, s1mple has a total of 19 HLTV MVP rewards and won pretty much every tournament in CS:GO. Unsurprisingly, s1mple also received the reward for being the best player of 2018 and 2021.

Although most people know him for his incredible performance at Na’Vi, s1mple was a part of many other teams before that. For example, he played for teams like HellRaisers, Team Liquid, and Evolution. However, once he became a part of the Ukrainian organization, he quickly rose to the top.

While we are on the topic of AWPers, we also have to mention the Danish superstar Nicolai “dev1ce” Reedtz. Similar to s1mple, this player is notorious for being one of the best AWPers in the game. Unlike most players who became popular in CS 1.6, dev1ce was a part of Copenhagen Wolves in CS: Source.

Once CS:GO became the go-to game, dev1ce played for a couple of notable teams, such as Dignitas, SoloMid and Astralis. He was also a part of NiP, where he has played alongside many other world-class players.

Just like every other name on this list, dev1ce won pretty much every event in CS:GO, He has won countless MVP awards (he has 19 of them, which puts him next to s1mple) and is one of the few players that won the most Majors.

Unlike other games, such as Dota 2, where South American players are trying to keep up with their colleagues from Europe and other parts of the world, the situation in CS:GO is different. Therefore, it shouldn’t be surprising that Marcelo “coldzera” David is one of the best players of all time/

Coldzera is a Brazillian star who won the title of the best player of the year from HLTV in 2016 and 2017. Like every other player on this list, coldzera was a part of numerous legendary rosters. He started to show his prowess while playing for Luminosity Gaming. After spending one year there, he moved to SK Gaming and dominated the different CS:GO events.

Aside from SK, coldzera played for FaZe Clan, MiBR, Yeah, and Complexity. At the time of writing this, he is a part of 00 Nation.

Last but definitely not least, we have Olof “olofmeister” Kajbje, a retired Swedish pro CS:GO player. Unlike some players on this list who were a part of numerous teams, olofmeister mainly played for Fnatic and FaZe Clan. Although some people think that his time at FaZe Clan was awe-inspiring, most players agree that the 3–year-long period at Fnatic stands out. During that time, olofmeister won two Majors and loads of other events. He also received HLTV”s prize for the best player of 2015.

The Swedish superstar also won several events while being a part of FaZe Clan. In fact, he played had to step down a couple of times from the active roster for different reasons. However, after the end of the PGL Major in Stockholm, he decided to step back from FaZe Clan’s active roster. We don't know whether we will see this living legend in action in the upcoming months. Hopefully, he'll be back.

Stay tuned to ESTNN for all the latest esports and gaming news, as well as CS:GO guides and betting tips! 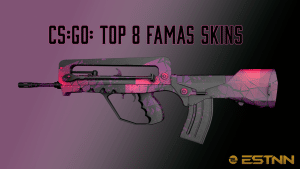 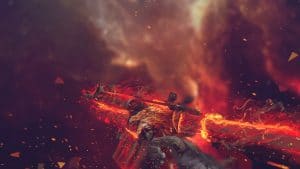 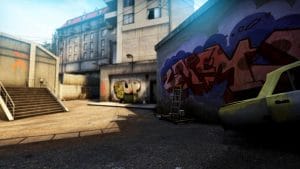