Mouse Esports are gearing up for 2022.

After a six-month hiatus, Nathan "NBK-" Schmitt has made a return to Counter-Strike from Valorant. The 27-year-old joins MOUZ with other major changes to the roster.

Why Is NBK Perfect For MOUZ? 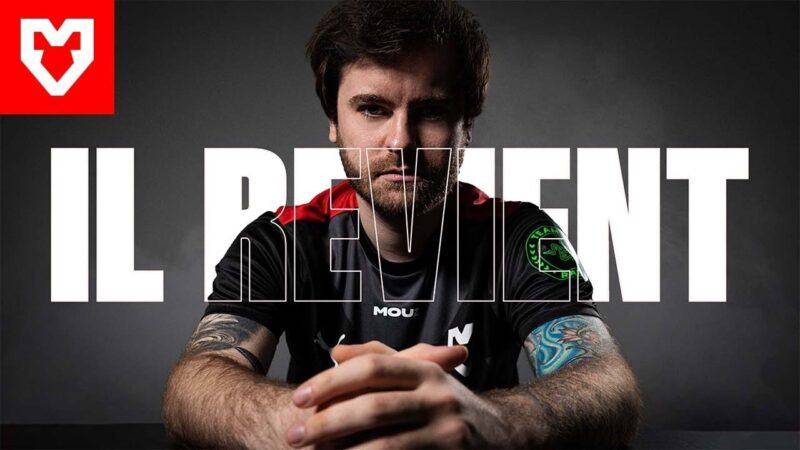 After being inactive with OG and announcing his retirement, NBK will now be a crucial figure in the MOUZ’s CS:GO lineup. He is considered among the best in the game and has played for some of the most reputed teams like Team EnVyUs, G2 Esports, Team Vitality and OG.

Stefan Wendt, CEO of mousesports mentioned about the org’s lackluster 2021 season. After carefully reviewing it, they decided that the team lacked experience and leadership. “We always had enough firepower and highly skilled players but we needed more structure and a cool head in high-intensity situations,” said Wendt.

As difficult as it is to replace ropz, mousesports are looking to bridge the gap with experience and someone who can tie the knots together. Schmitt was clear about what the organization wanted and what he desired, and he explained it in the release. “When I received the offer from MOUZ, I think there were a lot of good elements. I could see a great org, great talent and a good team overall where the position that I would have in the roster is exactly where I want to be.”

MOUZ have also made a flurry of other changes to the squad. We saw the departure of Robin “ropz” Kool, Torbjørn “mithR” Nyborg and recently, Chris “chrisJ” de Jong.

The org promoted Dennis “sycrone” Nielsen from MOUZ NXT to the head coach of the senior team. Nielsen helped mousesports become one of the best academy teams in the scene. Ádám “torzsi” Torzsás, a young player for MOUZ NXT has also joined as an awper for the senior team. He was consistent with his aim and proved himself to be a great asset to the team.

It will be interesting to see how the team performs in the upcoming matches of the Intel Extreme Masters Katowice tournament. With young players and an experienced hand to guide them, MOUZ have an entire year in front of them.