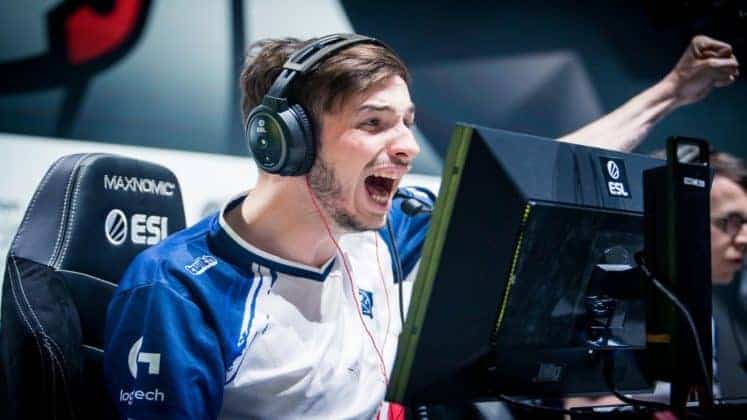 G2 star AWPer Kennys has been benched after lackluster results.

G2 Esports decided to relegate Kenny “KennyS” Schrub to the bench of its CS:GO squad. This after a series of disappointing places and an anemic personal performance by the 25-year old AWPer.

In an official statement, team coach, Damien “maLeK” Marcel, said that it would help “KennyS” stay on top if he found a new team. He also paid homage to the four years that KennyS played for G2: “Kenny is a pillar within G2 and a legend in the scene. We have shared incredible moments and memories together.”

G2 has brought back Audric “JaCkz” Jug to its main roster after spending three months on the bench. It is also repositioning Nikola “Niko” Kovač as a hybrid AWPer to give the team more flexibility.

G2’s Head of Esports, Danny Engels, added regarding KennyS’ benching: “This is done with a heavy heart and an appreciation for his legacy and talent.” He also believed that KennyS could still carry a team to the top of CS:GO, but “with the direction we wish to take our CS:GO division, this is presently not possible.”

These roster changes came after G2 suffered a series of low placings in 2020 and the early part of 2021. The team was disqualified early in three consecutive BLAST events and didn’t qualify for the playoffs in IEM Katowice. During this period, KennyS only had a rating of 0.98 across the tournaments.

The end of an era

KennyS was part of the French “super team” together with Richard “shox” Papillon and Alexandre “bodyy” Pianaro that G2 combined with Envy core Nathan “NBK-” Schmitt and Dan “apEX” Madesclaire. They carried the squad to many tournament wins.

But KennyS was the only member of that team to stay in G2 and he remained as the team’s centerpiece over the next two and a half years.

Here's G2’s roster after the changes:

March 13 will see the new roster in Group B of ESL Pro League Season 13. They will first see action against NIP, but the group also includes Vitality, mousesports, FaZe and ENCE.

Meanwhile, KennyS still remains under contract to G2. Any teams willing to recruit him will have to contact Danny Engels.