We break down some top tips for your next 1v1 match of CS:GO.

Everyone knows that Counter-Strike: Global Offensive is one of the most popular team-based shooters in the world. The game has fans from all parts of the globe because they can play with their friends.

Even though being good in a 1v1 scenario helps, people who focus on this are not always the best in a 5v5 game. Nevertheless, some people want to prove that they are good at the game. Hence, they focus on playing as many 1v1 games as possible.

Some players think that playing 1v1 is as easy as it seems, but this is not the case. Everyone who’s been playing for a while will tell you that there are all sorts of tips and tricks you must be aware of. So, let’s check some of them.

We’d like to start with a general tip that you should use no matter what you want to play. Underestimating your opponent can be one of your biggest mistakes, especially in a 1v1 situation.

Games like CS:GO requires a lot of skill, but sometimes, people can land random headshots if they are lucky. In other words, you should always respect your opponent and give everything you got when playing. Rushing someone just because you know you are better than him is not always worth it because your opponents might be able to kill you.

Be careful when peeking

The second important tip that will help CS:GO players who are in a 1v1 situation is related to peeking. To be honest, this is one of the crucial things everyone has to learn sooner or later because it can make a massive difference. Learning when and how to peek will have a drastic impact on your win rating, especially in a 1v1 scenario.

Every map is different, so you need to take this into account when playing and use it when peeking. Some maps allow you to be more aggressive, whereas others require you to play defensively.

Speaking of the defensive plays, it also depends a lot on the weapons you’re using. If you play 1v1 with an AWP, you must be more careful when peaking because your opponent might know you are there and kill you immediately.

Even though there might be some maps in CSGO where this is possible, usually, you should try to avoid staying in the open for no reason. Many people think this will allow them to see their opponents faster and kill them. However, if your enemy knows what he’s doing, he will use this to his advantage and kill you right away.

Regardless of the map that you play on, having good positioning is one of your most potent weapons. So, always try to use this to your advantage when playing.

Try to move when possible

Aside from the fact that you shouldn’t stay in the open, you also need to remember to switch your position when possible. Most 1v1 maps in CS:GO have similar spawns and are much smaller than things like Dust 2. Despite that, people who change their position when needed are usually more successful because they can catch their opponents off guard.

Needless to say, changing your position in a 1v1 scenario requires you to be extremely careful. Your opponent might hold a given angle, so always check before moving.

As for the positions where you can go, it all depends on the map. There are places where you can go to the high ground or low ground and use it to your advantage because your opponent won’t expect you to be there. Always try to be innovative when playing.

Keep an eye on your opponent's movement around the map

As mentioned a couple of times already, the 1v1 maps are different than the typical 5v5 maps like Dust 2, Train, Nuke, etc. They are usually smaller, which means that once you play a couple of rounds, you will learn everything about them.

Since the map is small, there are not that many places your opponent can go to. That’s why it is important to keep an eye on his movement and use this to your advantage.

People with no experience in a 1v1 situation usually do the same thing every round, such as going to the same box or getting the same weapon. Once you see that this is the case, use the information and use it to kill your opponent faster.

Try to exploit your opponents’ weaknesses

The only way to take advantage of this tip is if you know the person you have to go up against. Many people play in a 1v1 scenario against their friends and try to exploit their weaknesses. For example, some players can’t deal with aggressive players, whereas others get annoying if you don’t show yourself immediately.

Having access to this information will allow you to be way more successful and win the match. The bad news is that you can’t rely on this if you have to play against people you’ve never met. That’s why it is so important to keep track of your opponents’ movement and use it to your advantage.

Be careful when shooting

The 1v1 AWP maps are pretty straightforward – the person who is more patient and the better one will land a kill. However, this is not the case when it comes down to aim maps because playing 1v1 with AK-47s and M4A4s is more complicated.

Since the maps are usually smaller, many players are tempted to use the spray firing style because they think this will help them land kills. The bad news is that this is usually not the case because both players will be in a medium range from one another. In other words, you have to use a different shooting style to succeed.

To sum up, playing 1v1 against someone who is good is not as easy as it seems. As you’ve seen, there are loads of things you need to take into consideration before playing. 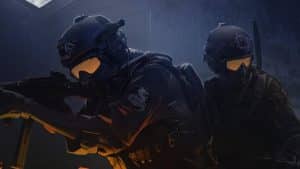 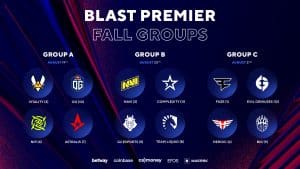