CSGO: Astralis Triumph Over Team Liquid at the Berlin Major 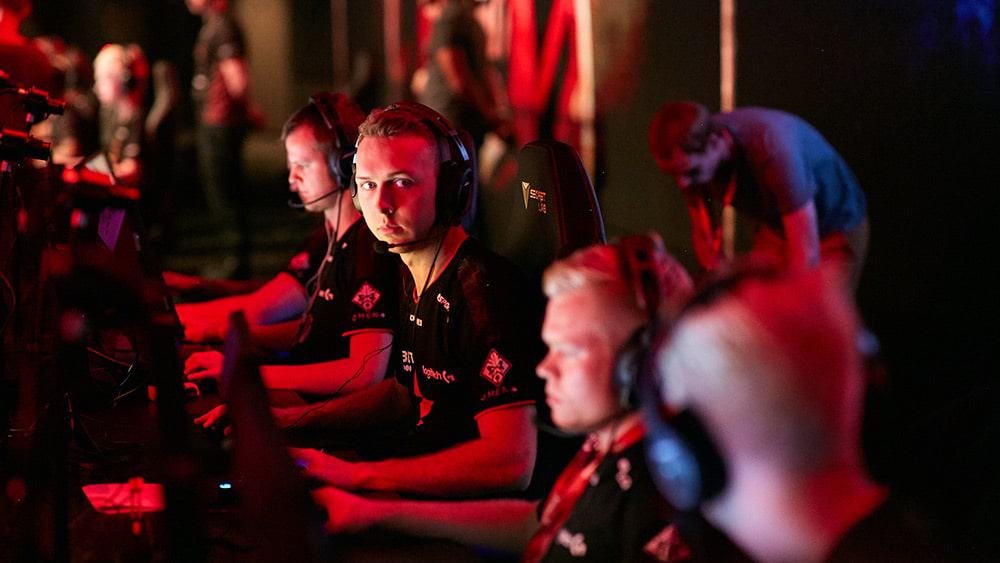 When two of the world's best teams go head-to-head, fans are sure to see some fireworks.

Astralis and Team Liquid are undoubtedly the two best teams in the world, but these world-class organizations have struggled at the Berlin Major throughout the opening stages. That wasn't the case Friday afternoon, as fans were treated to some absolutely spectacular Counterstrike from both teams. Ultimately, though, Astralis seemed much more prepared for what the North Americans were bringing to the table as they took the series 2-0.

Everyone's favorite map kicked off with a TL pistol win after a Nicholas "nitr0" Cannella kill on the bomb planter set Jonathan "EliGE"  Jablonowski and Russel "Twistzz" Van Dulken up for two kills each. After cleaning up the ensuing Astralis save round, the A-site was again in the Dane's sights. A hesitant Astralis tiptoed around A ramp, allowing both nitr0 and Twistzz another two kills each and bringing Liquid to 3-0.

Nicolai "device" Reedtz managed to win the 1v1 clutch against nitr0 in the next round off the back of a pistol buy, affording Astralis their first round. Executes were thrown and defended, mostly on the A-site, and eventually found the score tipping in the favor of the Danes; 6-4 at the start of Round 11 on the T-side. By the end of the first half, Team Liquid had posted a respectable 7 rounds on the defense to 8 rounds for Astralis.

Though it seems like we need evey last second of every round, there's still time enough for you to get in on this action;

Astralis echoed TL's CT pistol win with one of their own in the second half of Vertigo and fended off the second round forcebuy from the NA superteam. The Dane's aggression was too much for Liquid to handle as Astralis' quick, early plays took them off guard in several rounds leading to a 7-15 deficit. An aggressive AWP play from Peter "dupreeh" Rasmussen brought Astralis 16 rounds and the map win (16-8).

Starting off on the T-side, Team Liquid took the pistol with an overwhelming B-hit and three kills from Twistzz and two from Jake "Stewie2k" Yip. Round two went slightly better for Astralis, where Andreas "Xyp9x" Højsleth's Scout managed a massive amount of damage as well as a full wipe of Team Liquid despite losing the round to the bomb detonation. As much as Astralis tried, they failed to break Team Liquid's money and allowed TL a 4-0 start before a massive four kill eco-round from Lukas "gla1ve" Rossander put Astralis on the board.

Gla1ve's massive play and Astralis' constant pressure on the TL economy resulted in an extremely poor buy from the T-side and two more rounds for Astralis (3-4). As on Vertigo, Astralis was aggressive early and often in rounds, gaining them a 5-4 lead until TL retook the lead in round 11. The last rounds of the half went back and forth, ending with an insane 2v1 clutch from EliGE with 6 HP and Team Liquid in the lead 8-7 heading into their CT-side.

Astralis' T-pistol was a bloodbath on the A bombsite as dupreeh secured the pistol with two kills, shutting down the CT retake from Bank. Team Liquid wasn't having any of it, however, as they won the second round pistol forcebuy, regaining a three-round lead at 10-7. It wasn't long after, however, that Astralis decided to end the quarterfinal. Through two, strong anti-ecos and a string of B-executes, Astralis took the lead 11-13. By the time the scoreline reached 15-13 in favor of Astralis, TL had no choice but to forcebuy to save their Major run. With a little under 45 seconds remaining, Astralis took the bombsite leaving Twistzz and Stewie2k to draw out the Danish players. Device, however, had other plans. By taking out both remaining Team Liquid players, Device secured Astralis a spot in the semifinals of the CS:GO StarLadder Berlin Major.

What's Next For Astralis at the Berlin Major?

Astralis will face off against NRG in the semifinals of the StarLadder Berlin CSGO Major. NRG defeated Na`Vi 2-0 earlier on Friday.