Some big moves by Astralis to rejuvenate the team and improve performance.

Astralis has had a tough year with poor performances in competitions and an early exit in the Legend’s Stage of the Stockholm Major. Even after the return of Lukas “gla1ve” Rossander, the team couldn't reach their previous form. After a disappointing season, the Danish organization has made a few key changes to the squad. Astralis has parted ways with Peter “dupreeh” Rasmussen and Emil “Magisk” Reif to make way for Kristian “k0nfig” Wienecke and Benjamin “blameF” Bremer. They have also signed a new Head Coach in Alexander “ave” Holdt, replacing Danny “zonic” Sørensen. The coaching changes will come into effect from January 2022, when the contract expires. 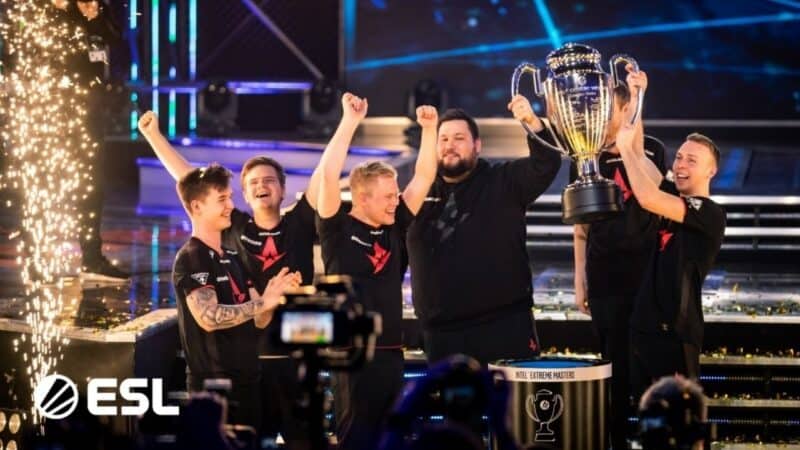 According to Kasper Hvidt, Astralis' Director of Sports, the team needed fresh energy and professionals who are hungry to win.

“Both Kristian “k0nfig” Wienecke and Benjamin “blameF” Bremer are absolutely world-class. In addition to their obvious qualities on the server, they come with a personality, motivation, and energy that will be felt all the way out to the back rows in the biggest arenas.”

Both k0nfig and blameF will be joining the team immediately. Right off the bat, they'll prepare for the upcoming BLAST Premier, which will be held in Copenhagen's Royal Arena.

Hvidt also mentions that the new coach Ave will add valuable, deep insights. In addition, he'll help the team with his tactical understanding and analytical skills. Hvidt also pays his respect to dupreeh, Magisk and zonic, who have been fantastic parts of Astralis. They were part of the team during its peak form. And they have also seen some cruel lows in the current season. “They will forever be part of the Astralis Family, and no matter what path they choose, on behalf of every single person in Astralis, I wish them the very best”.

What The New Signings Have To Say

BlameF expressed his excitement and respects his position in the team. He said:

“ I am excited to play with ‘gla1ve', one of the very best in-game leaders in the world. It means I can concentrate more on my own game and become a better player for myself and my teammates. Walking into Royal Arena with the Astralis logo on my chest in front of all the amazing fans is a dream come true, and I will work hard every single day to give the fans what they crave. I am here to fight for titles, we are here to win trophies, and I have no doubt we will do just that.”

K0nfig had similar thoughts. He explained his dream to play for Astralis and how he will do everything he can to build on from here.

“I have watched the team and fans from afar, and I get goosebumps at the mere thought of playing in front of the Astralis fans. I also know that wearing the jersey is an obligation, and I am ready to work my butt off for everybody here. On paper, the line-up looks fantastic; now it is up to us to work and play as a team to meet our own expectations.”

Finally, Ave explained his role in the squad. And how he has planned strategies with analysis to bring the best from the team.

“I think it is very much in line with the Astralis spirit, and I'm really looking forward to working with the team and the whole organization but also the people around the players. I cannot promise titles from day one, but I can promise we will come top prepared and give everything we have.”

Astralis will compete with the new players in the upcoming BLAST tournament at Royal Arena.