In this series, we look back at some of the greatest CSGO matches of all time.

There are few things sports fans love more than reliving an amazing sporting moment, and esports fans are no different. Being one of the most beloved games in the genre, Counter-Strike Global Offensive has many a classic match for fans of the game to pore over. This one’s for those who love to relive the greatest moments in the history of this storied game.

We will start the series off with one of the greatest finals of any CSGO Major, the 2017 ELeague Major which took place between 22 and 29 January of that year in Atlanta, Georgia, USA. Apart from being one of the most tightly contested finals, it was also the match that would provide the first glimpse of a clan that would go on to rule the game like no other.

It feels almost surreal, but it’s been five-going-on-six years since January 2017. Harambe was still a relevant meme, Chester Bennington (rest in peace) was still alive, and very few people outside of a little company called Bluehole had any idea what PUBG was. Oh and, SK Gaming, after picking up the legendary Brazilian quintet of Gabriel “Fallen” Toledo, Epitácio “TACO” de Melo, Fernando “fer” Alvarenga, Marcelo “coldzera” David and Lincoln “fnx” Lau, were the reigning Major champions after winning ESL One: Cologne 2016.

Fnatic, Natus Vincere, and SK Gaming, despite having lost fnx, were the top favorites to win the major. They all had strong, established teams with proven tournament results, and although Na’ Vi wouldn’t win a Major until over 4 years later, they had then recently acquired Team Liquid’s star player Oleksandr “s1mple” Kostyliev (who had just gotten the graffiti of his falling AWP double no-scope added to Cache by map creator Shawn “FMPONE” Snelling). This put the Ukrainian giants in strong contention for the top prize.

It was under these circumstances that 16 teams met in Atlanta. Despite having a strong squad, Astralis were far from being favorites due to the fact that they had a habit of choking every time times got tough. On the other hand, while Virtus.Pro had won ESL One Katowice 2014, they hadn’t made it past the semis of a Major since then. 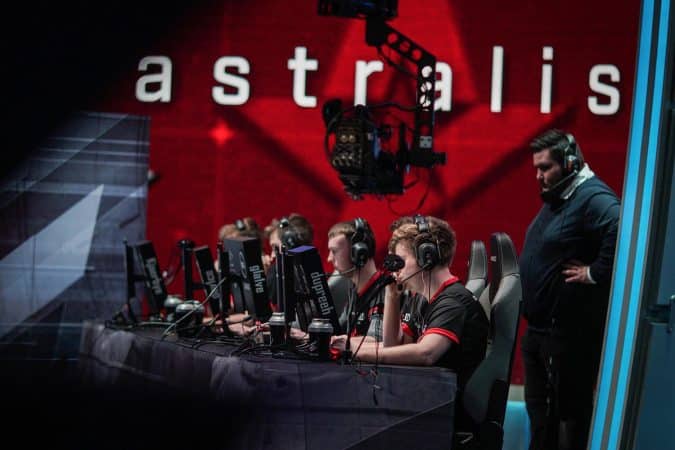 VP’s legendary lineup, which stuck together for an incredible 4 and a half years, is still considered to be one of the best teams to ever grace the game. Their squad consisted of Janusz “Snax” Pogorzelski, Jarosław “pashaBiceps” Jarząbkowski, Filip “NEO” Kubski, Paweł “byali” Bieliński and Wiktor “TaZ” Wojtas. 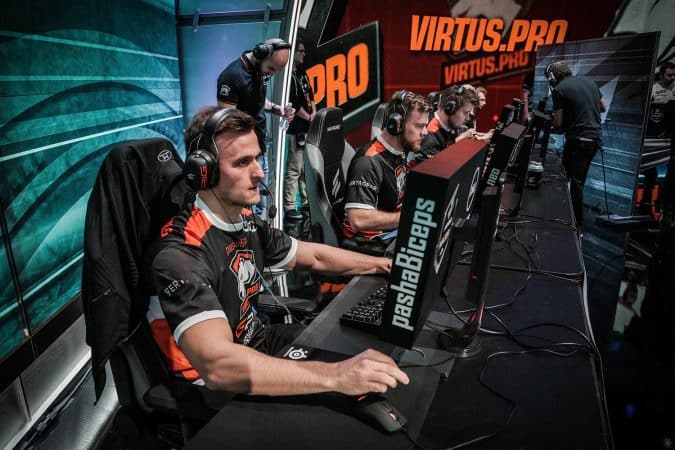 CSGO might be a weird game in the sense that its popularity never really waned all that much over the years, but in early 2017, CSGO was even more hyped up and fresh. The last two Majors had both seen insane viewership and ridiculous plays, with s1mple’s aforementioned AWP double being preceded by the “jumping double from Cold” at MLG Columbus 2016. The Major was returning to the US once again, and everyone who had the slightest idea about CSGO was thoroughly excited.

VP showed their might in the Group Stage with a straight 3-0 run, beating Optic Gaming, G2 Esports, and Gambit Esports on the way on Cobblestone, Nuke, and Train respectively.

Astralis on the other hand struggled greatly. They lost their first match to GODSENT on Train before winning against Optic and G2 on the same map. Their fourth match was against defending champions SK, and they lost on Dust 2. Thankfully for Astralis, they were able to confirm their qualification with a win against Team Liquid on Mirage.

The Playoffs saw Astralis edge out favorites Na’ Vi and a beat weakened Fnatic lacking some of their stalwarts. Meanwhile, VP got the better of a powerful North before showing great tenacity and resolve to knock out SK to secure their own place in the final.

The stage at the Fox Theatre was replete with lights, cameras, and a ginormous screen as the ten gladiators took their positions. For Astralis, it felt like a now or never situation. It is highly likely that the team might have seen radical changes or even broken up if they had lost, while for VP, winning would have been the idyllic swan song for a legendary roster.

The early 2017 edition of Nuke was different from the one we are used to now, with a walkway running from top of Mini all the way into Heaven and a window in the hut overlooking Mini à la  older versions of CS. Additionally, B Vents opened up onto the catwalk above B Site instead of the side rooms, and there was a room full of barrels in the same area — under the left entrance to Ramp.

Astralis began on the CT side, and their troubles began early when, despite winning the pistol, they lost to VP’s force buy. The game was the quintessential war of attrition, with teams unable to string rounds together and build up a solid economy. However, a 1v3 clutch from Snax enabled the Polish side to take a commanding lead of 9-6 going into the break.

Following a brilliant pistol round win courtesy of Xyp9x, Astralis began clawing their way back. Fighting hard, they managed to even the scores at 12-12 with VP being forced into a half-buy. It was at this crucial juncture that the Poles put together a brilliant comeback round, and it was a round that seemed to break Astralis’ spirit as the map ended 16-12 in favor of the crowd favorites.

Snax and byali led the charts with rock-solid performances. Each of them picked up 24 kills, with the latter slightly ahead in terms of assists. On the other hand, Kjaerbye was the best player for Astralis, followed closely by gla1ve and device. 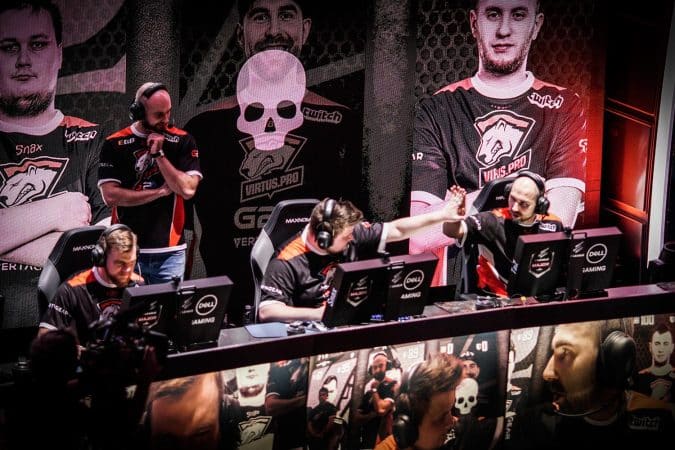 Overpass was pretty much the same in 2017 as it is now, and the match began with VP pulling off a fantastic last-second defuse after winning a 2v3 situation on A site. Their happiness was short-lived, however, as the Danish squad immediately struck back thanks to a fine 2v1 clutch by dupreeh.

Astralis started strong on a map that’s known for its CT-sidedness, going up 6-2 before another Snax clutch got VP back into the game. Despite the best efforts of the Polish side, and the fervor of the massive crowd cheering them on, the Danes kept their cool as well as their lead to end the half 9-6 in their favor thanks to some brilliant strats and pinpoint shots.

The future four-time Major winners began the second half in style, but once again, a force buy undid their endeavors. VP immediately strung some rounds together and went up to 9 before one of the greatest clutches of all time by Xyp9x allowed Astralis to answer with three more rounds. Just when they thought they had the game in the bag, however, the Poles struck back with five rounds on the trot. It seemed as though nothing could stop them from winning their second Major, but ice-cool nerves from Kjaerbye pulled Astralis through to a 16-14 win.

This time around, Xyp9x’s impact was undeniable, with the Clutch Minister’s 28 kills and 6 assists being vital to the Astralis cause. Kjaerbye once again stepped up on the biggest of stages, with dupreeh joining him. For VP, it was a fantastic performance from Snax that stood out, with byali also playing a decent game.

MORE FROM ESTNN
The Most Popular Female CSGO Players 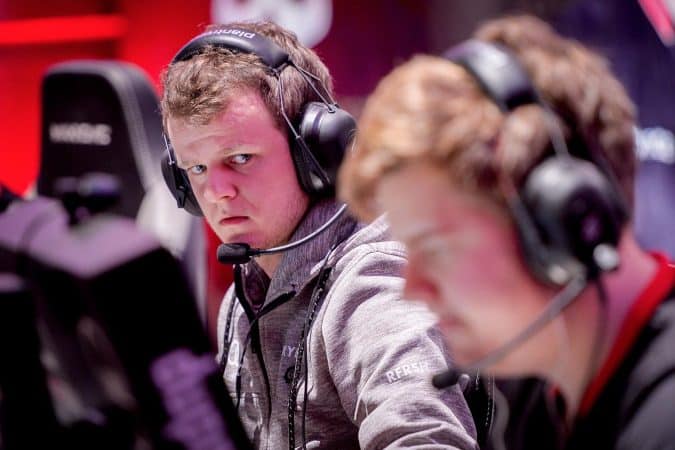 For a map that was known as one of the most CT-sided maps in the history of the game, Train proved to be wonderful for the T-side of VP early on. The old-school juggernauts racked up 7 rounds before Danes could put themselves on the scoreboard, and even then, the former struck back immediately. Astralis did mount a strong comeback, but for the third time that night, the half ended 9-6 in favor of the team playing T-side first.

VP’s dominance continued after the switch as the team resumed the racking up of rounds. Astralis were down 12-6, and when they finally picked up a round, VP immediately fired one back. It was in the 21st round that Xyp9x once again won an all-important clutch to give the Danes a way back into the game.

Astralis began playing in a frenzied manner, with fast entries, rushes, and rapid executions being the order of the day. Try as they might, VP seemed to be out of ideas against the might of the five youngsters when they struck gold with a half-buy on the one round that Astralis played slowly. At 14-12, it seemed that VP could emerge triumphant after all, but Astralis not only won the next three rounds through their fast-paced play, but they actually managed to kill every opponent that was saving a weapon, earning themselves a significant edge in the last round.

With their fate in their hands, gla1ve once again made the gutsy decision to rush Mid into A, and just 33 seconds and a flurry of kills later, the confetti began raining down on a jubilant, hugging Astralis team that had just won their first Major. The excited voice of Anders Blume, the confetti, and the goosebumps-inducing moment when the team finally lifted their trophy were enough to make any CSGO fan go into a state of ecstasy. Although it was a heartbreaking moment for VP and their fans, the grizzled squad had already seen all the colors esports has to offer before.

It was once again Kjaerbye who led the way for the black and red with a whopping 29 kills and 8 assists. On the side of VP, TaZ finally found form to top frag with 27 kills and 9 assists. Notable contributions also came by way of, once again, dupreeh and Snax. 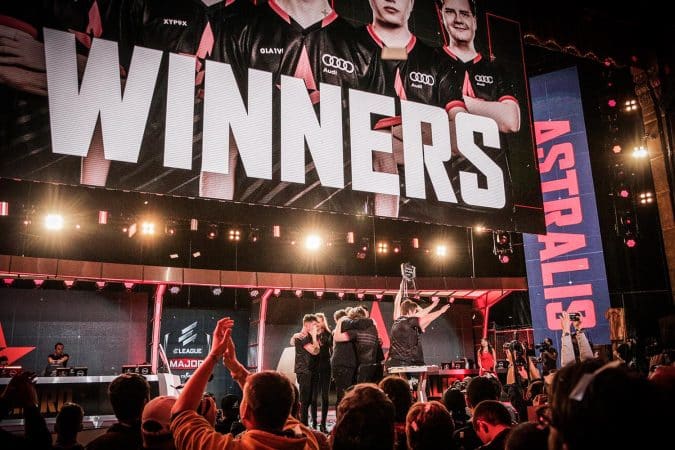 Despite the heavy support for VP in the arena, the crowd were clearly happy for the underdog team. Of course, that team wouldn’t remain an underdog for too long as, despite facing betrayal, dips in form, and doubt from within and outside, Astralis went on to achieve greatness. Not just any greatness, but building a dynasty and becoming “the best of all ****ing time” with no fewer than four Major titles as an organization. 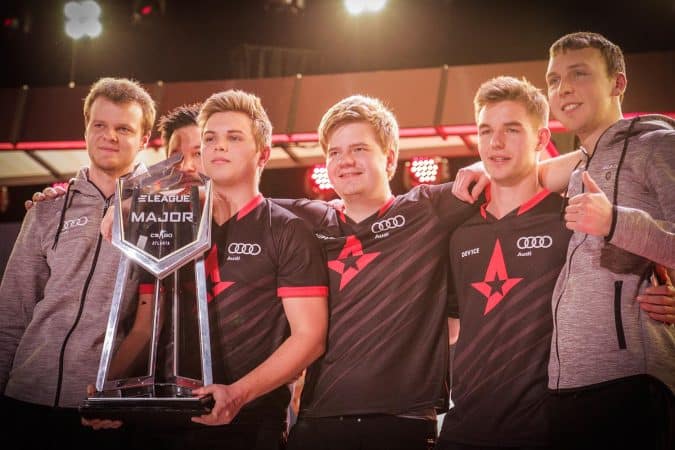 As for VP, they stayed together for another year before falling away from the team one by one. Although Snax and byali returned for a while, they all left for other teams by April of 2019. Thus ended the involvement of a legendary lineup with the organization they had brought incredible accolades to. Sadly, none of the old, in fact, aged VP squad would ever play for teams competing at the top level again. 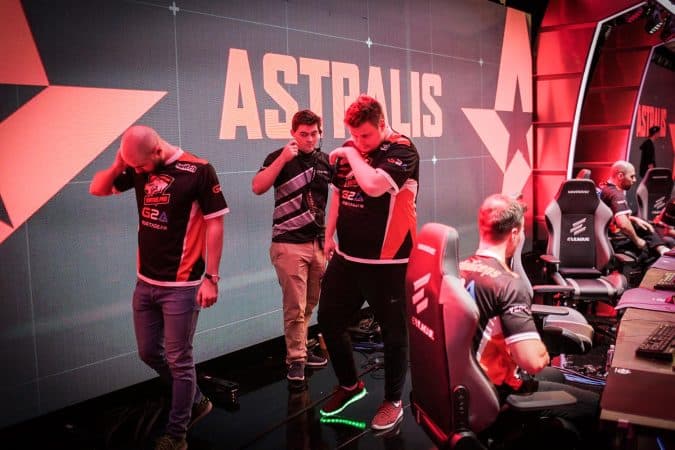 We hope you enjoyed going down memory lane with us for one of the greatest CSGO matches of all time. Join us next time, when we cover more CSGO classics.