Coleman is an esports journalist who specializes in Fortnite, Apex Legends and Call of Duty. Coleman is a graduate of Towson University with a degree in Sport Management and Business Administration. You can learn more about Coleman on our About page. 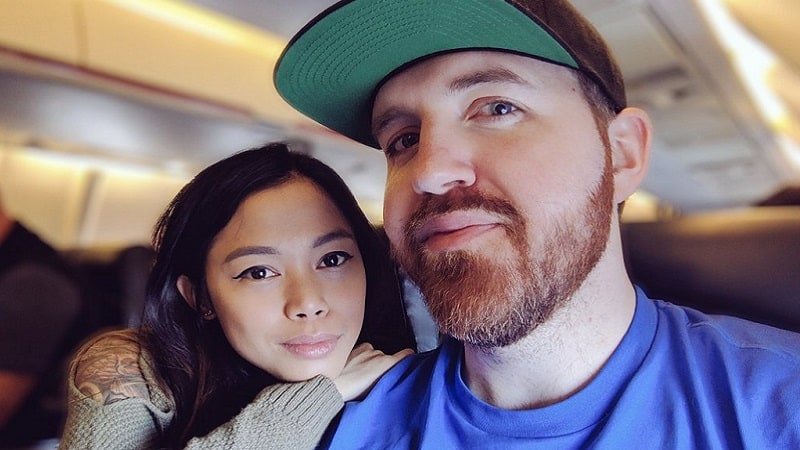 Former OpTic Gaming member Mike “Di3seL” Carr and the Old Men Of OpTic (OMOO) team noticed that something fishy was going on in some of their matches on GameBattles (GB). While searching for matches, Di3seL and his squad got paired up multiple times with the #1 ranked team on the Modern Warfare Ladder, Genetiix. During one of their matches, Di3seL was notified of a video from another team questioning the legitimacy of Genetixx’s gameplay.

In the video, you can clearly see Genetixx member Zer0h0ax performing some suspect actions. Zer0h0ax continuously flicks his aim in an unorthodox manner in what appears to be some version of an aimlock hack. At one point in the video, Zer0h0ax stands openly in the middle of the map with his knife out and appears to be scanning through the walls with a wallhack. Throughout the video, you can hear him make callouts to his team regarding enemy locations and actions. Many of these callouts are made with no in-game evidence to support them. For example, at 5:45 in the video, Zer0h0ax tells his teammate, “pretty sure I just [saw] his foot through the wall Frank.” However, in the clip, there is no sign the player was ever visible.

GameBattles is part of the Major League Gaming (MLG) network and is the largest online destination for competitive console and PC gaming. Gamers can use GameBattles to make their own teams and compete with other players in both free and cash prize tournaments and ladders. GameBattles is commonly used by gamers of all skill levels looking to scratch that competitive itch.

Di3seL took to Twitter to ask his followers what they thought of the video and if the cheating acquisitions were warranted. The answer was an overwhelming “yes”. Call of Duty legend and Dallas Empire player, Clayster, wrote: “This guy is 10000000000000% using some sort of hack/aimlock/wallhack.” OMOO member and Call of Duty YouTuber, Shaun “Hutch” Hutchinson chimed in, “There’s no innocent explanation for most of those highlighted plays.” Countless other pros and community members voiced their opinions, all supporting the idea that Zer0h0ax was cheating.

LMAO the dude is ass and he's using obvious cheats so it looks so funky. This guy is 1000000000000% using some sort of hack/aimlock/wallhack. I'm actually crying at the way he centers and looks around.

Di3seL’s post sparked a discussion involving other top-ranked GB teams that may also be cheating. One GB player who goes by the name of “inno” commented that his team faced off against the #3 ranked team, Rapture, and had proof they cheated. Other users backed inno up by testifying that they can also confirm the Rapture team cheats. Di3seL responded and told inno to send the clips over so he could help bring more exposure to it in an attempt to get them banned as well. The discussion took to Reddit, where users there supported the idea that cheating is prevalent among the top-ranked teams. u/CDL_Concepts wrote, “Robson on the EU Ladder is cheating as well. He’s not hacking, but he’s using a DDoS program.” DDoS, or distributed denial-of-service, is a type of cyber-attack commonly used in the video game community. DDoS attacks are used by cheaters in an attempt to kick the other team offline, effectively awarding them a “free” win.

Yeah we played the #3 team last night. they had like a 317 win streak. Blatant cheats. Pretty sad. Have a couple clips if you're interested.

Di3seL’s efforts resulted in Zer0h0ax being banned, along with the disbandment of his team. While it is nice to see cheaters finally being punished, it likely wouldn’t have happened without a big-name in the community like Di3seL bringing attention to it. It has yet to be seen if the other teams accused of cheating will be banned. While unethical players have found ways to cheat throughout the history of video games, the fact that Modern Warfare is cross-platform creates a unique opportunity for these cheaters. Playing on PC allows cheaters to hack in ways not typically possible on console.

Competitors can only hope that online esports services like GameBattles perform their due diligence and take reports of cheating seriously. Allowing players to get away with blatant cheating in a competitive setting, sometimes with money on the line, is not good for anyone in esports. Esports competitors cheating was a common headline in 2019 and it looks like the trend will continue into 2020. We saw Fortnite professional Benjy “Benjyfishy” Fish expose two players for collusion at the $250K USD DreamHack Winter event. Damion "XXiF" Cook and Ronald "Ronaldo" Mach were caught cheating in the Fortnite World Cup Qualifiers. Not to mention, the drama surrounding Jarvis "FaZe Jarvis" Kaye using an aimbot in Fortnite public matches for a YouTube video. Thankfully, we have good samaritans like Di3seL and Benjyfishy willing to step up and bring attention to these illegitimate players/teams.