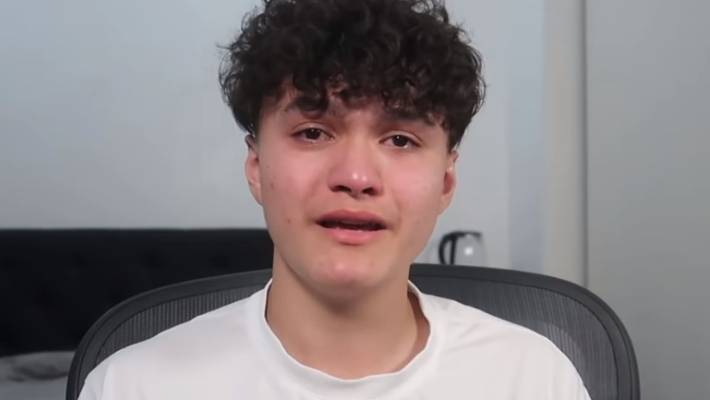 FaZe Jarvis has just been permanently banned from Fortnite and all competitive events for using an aimbot in a video.

Professional Fortnite YouTuber Jarvis "FaZe Jarvis" Kaye announced in an emotional video that as of November 3rd, he has been permanently banned on Fortnite. This ban is a result of Kaye posting a YouTube video in which he openly admits to using aimbot software to dominate other players in Fortnite's solo mode.

This ban will prevent Kaye from producing Fortnite content for his YouTube channel of over 2 million subscribers. To make matters worse, Kaye will no longer be able to compete professionally in any of the many Fortnite tournaments. This applies to both online and in-person events. Kaye has already earned over $9K USD in his esports career. His most notable placement is his $5K first-place finish in one of the weekly UMG Friday Fortnite events.

Community Reaction to the Ban

As with any news of this caliber involving a pro player, it was not without controversy. Fans, content creators, and other pros all had split opinions on the severity of the ban.

During a live stream, Tyler "Ninja" Blevins and Ben" DrLupo" Lupo got into a back and forth argument over how Epic Games should have handled the ban. Blevins suggested that Epic's punishment was too harsh and that Kaye should have only received a six-month or a year ban. Lupo argued that if it was an unknown player without the following Kaye has that no one would have an issue with a lifetime ban. Lupo went on to say that Epic should not show favoritism and lessening the ban would create a bad precedent. Blevins held that he does agree a ban was warranted. However, Kaye should receive unique treatment because Fortnite is his career and he contributes a lot as a content creator.

During the discussion, Blevins and Lupo brought up that this wasn't the first time Epic Games caught a professional Fortnite player cheating. After an investigation, Epic discovered that Damion "XXiF" Cook and Ronald "Ronaldo" Mach were cheating in the World Cup Qualifiers. Cook and Mach colluded with other players to gain free kills and boost their point total. Despite this being the qualifiers for a major competitive tournament, Cook and Mach received only two-week bans. This allowed them to go right back to competing in the World Cup. Here, they qualified two weeks later and netted themselves $50K USD each. They also had the chance to compete for the $3M USD prize pool.

Why was the time difference in these two sets of bans so drastic when both involved cheating? Fortnite pro, Jonathan "Yung Calculator" Weber explained on Twitter, "hacking breaks the EULA and TOS. Colluding (which is what Ronaldo and XXiF were banned for) violates the tournament rules, not the EULA. Two completely different things". Weber went on to write "not only did Jarvis use an actual hacked client, but he also recorded it and posted it to his young, impressionable fans."

What Does Kaye Have to Say About All This?

I’m going to take accountability for my actions and I understand completely why this has happened, I just wish I had known how severe the consequences were at the time and I would have never thought about doing it. I love all of you who still support me, this is not the end.

It is hard to tell if Kaye is truly sorry for his actions. Its still quite likely he is only sorry he got caught. In his apology video, Kaye is visibly in tears. He says "It didn't even cross my mind to think that I could be banned for life on Fortnite for those videos". This contradicts statements he made in the original video while he was cheating. Kaye says "Never use aimbot...you are going to get banned, I am 100% going to get banned on this account". One can speculate that Kaye knew what he was doing would get him banned, just that he hoped it would only be on his alternate account, not a full hardware ban covering all of his current and future accounts.

Epic Games has yet to comment on the ban. This is both in regard to its severity and if they will give Kaye a chance to appeal. With the growing outcry from his fans and others in the community, Epic may be forced to release a statement soon.