Yesterday’s BLAST Pro Series match between Natus Vincere and Astralis was definitely one the community was excited about. Na`Vi recently stomped the competition at StarSeries Season 7 in Shanghai, and we’ve only seen the indomitable Astralis in Sao Paulo since their win at the IEM Katowice Major. So, let's take a look at how they stacked up yesterday at BLAST Pro Series Miami.

Astralis left Natus Vincere absolutely no chance to win yesterday, dominating the CIS team with smart and almost perfect play. Additionally, Natus Vincere certainly didn’t look to be in their best shape, but this match was a disaster and they should’ve been able to put up more rounds against the Danes. The final score was a 16-7 shellacking of the StarSeries S7 champions in the favor of Astralis. Let’s take a deep look into it.

For Astralis, it’s all about mind games. Both pistol rounds were slow, and Astralis predicted the plays and positions of Natus Vincere with precision. In Round 1, Astralis caught Na`Vi executing on B with a terrific Glaive/Xyp9x crossfire: 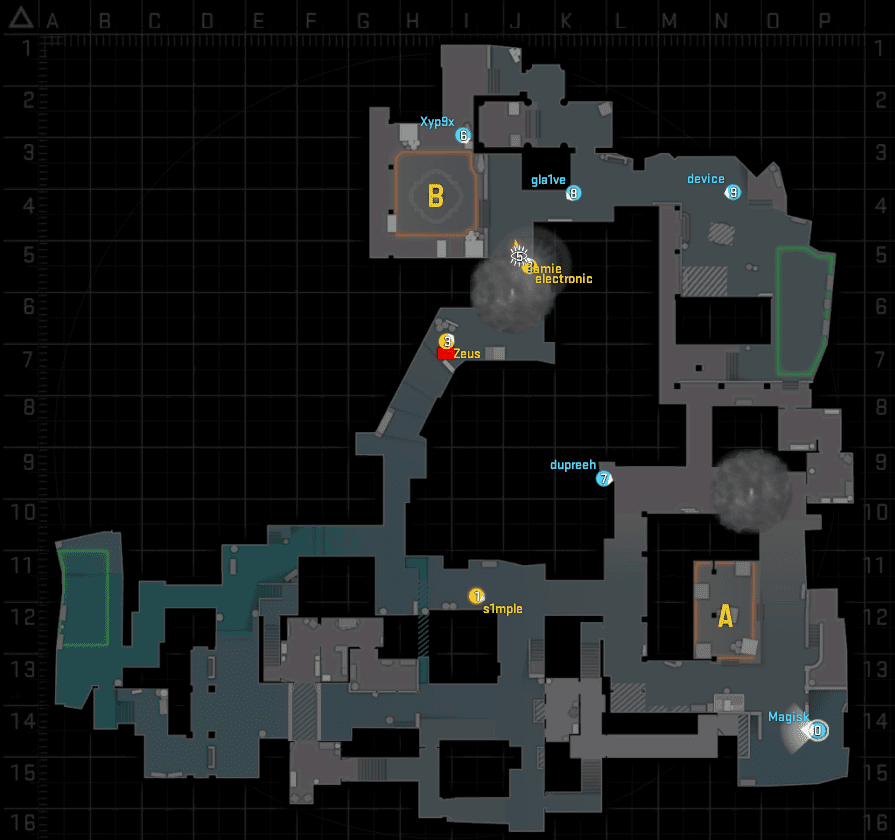 It wasn’t just pistol rounds either. In Round 16, Astralis performed a decent B-site execute, creating a 4v3 situation with a planted bomb for themselves. Watch how they focus fire, first through the CT smoke onto zeus and then onto flamie in back site:

The Danes won their first half on the CT side with a 10-5 score. Out of those five rounds, Na`Vi won two anti-forcebuy rounds. Excluding the pistol round and the two initial forcebuy rounds from Astralis, there were twelve full gun rounds for the Danish team. Astralis, predictably, won nine out of twelve, or 75%. This is clearly a huge advantage. All of these wins came directly from their flexible setups -- they switched up their defaults constantly. Check it out. 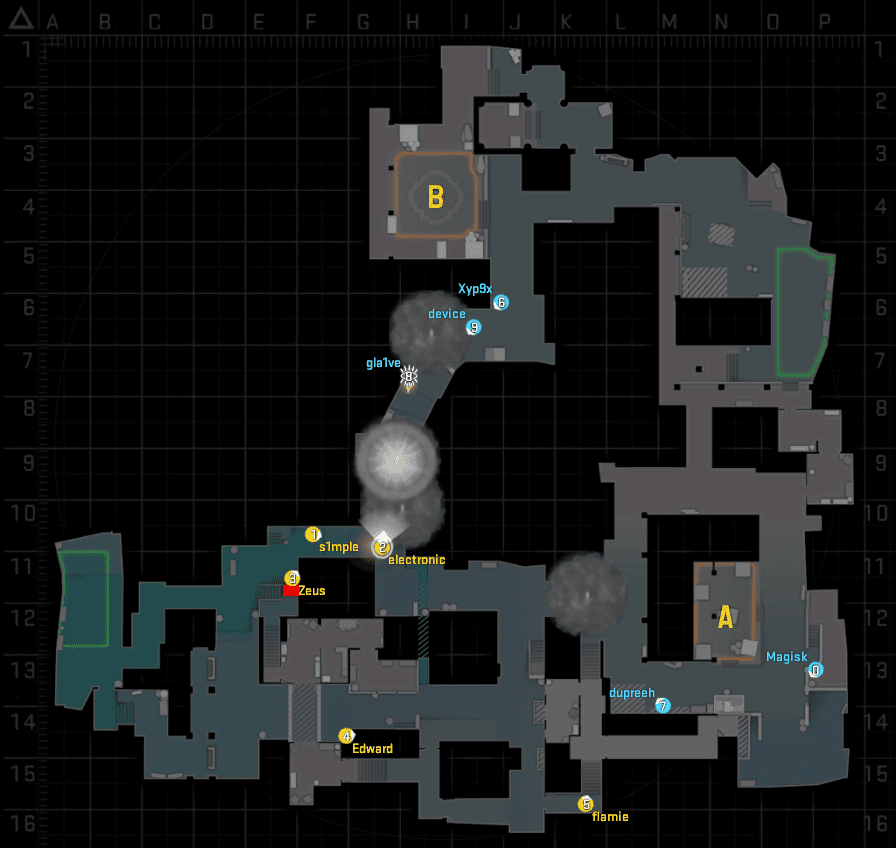 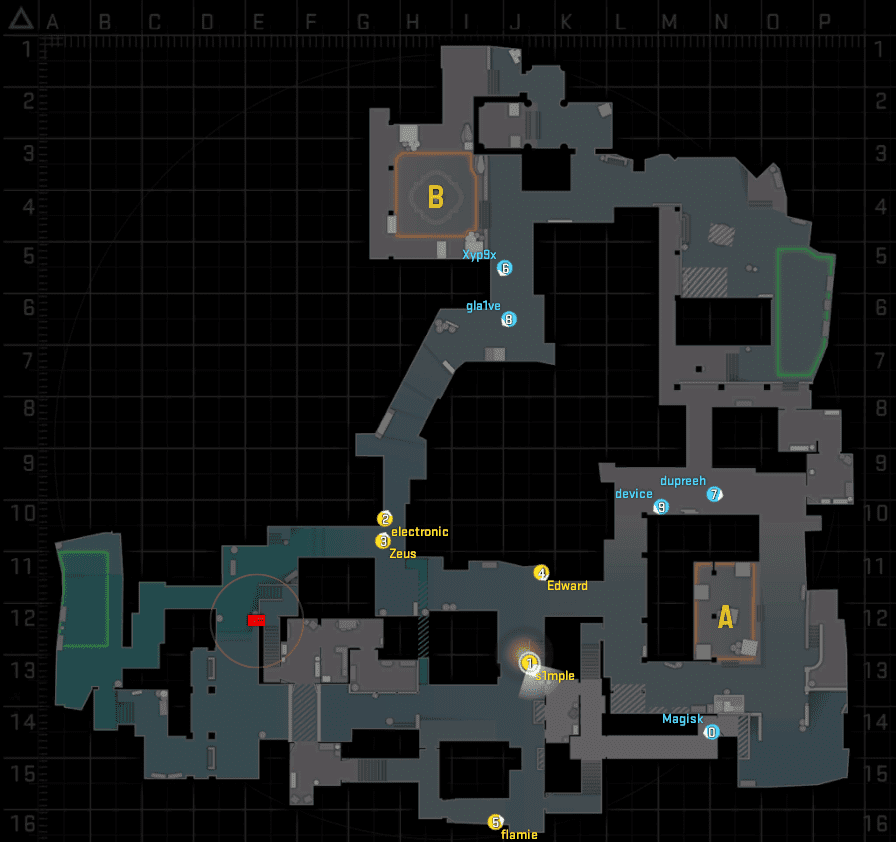 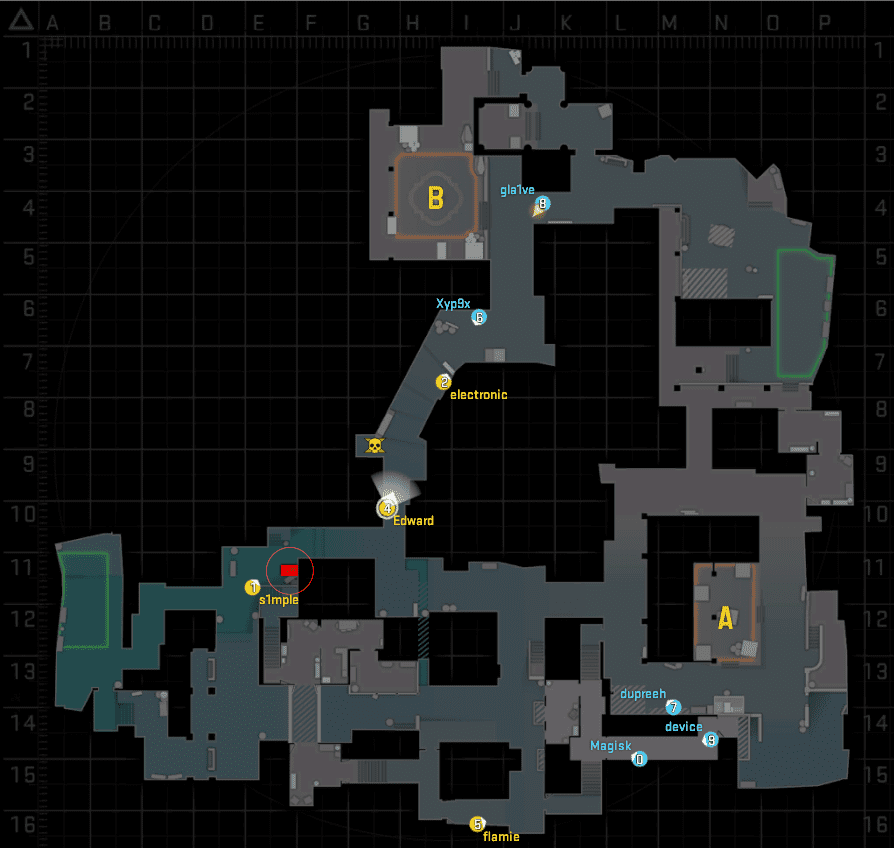 By switching up their setups, Astralis often caught Na`Vi off guard, creating confusion and indecision in a Na`Vi team that has always been known for waiting until the last minute to choose a bomb site.

Round 7 was one of the most important rounds in the match; Na`Vi were leading 4-2 but had lost the previous round. Despite not having enough money to opt into a full gun round, Na`Vi pulled a "Na`Vi" and force bought. This gamble was way too desperate for Round 7. If they lost, the CIS team would have little money for the following round.

And what a bad gamble it was. Natus Vincere lost this round to none other than the Clutch Minister himself, Xyp9x, in 2v1 situation. This allowed Astralis to gain the upper hand in the economy game, leading them to a 10-5 CT half.

Flamie, the Nova, and the horror of Poor decisions

The second key moment in this match stretched out over two rounds: the 17th and 18th. Astralis won the 2nd pistol round on T side, and Na`Vi (as usual) decided to forcebuy with an interesting twist: flamie bought Nova and took the position on B-site. In the picture below, you can see the positions flamie took in those two rounds. 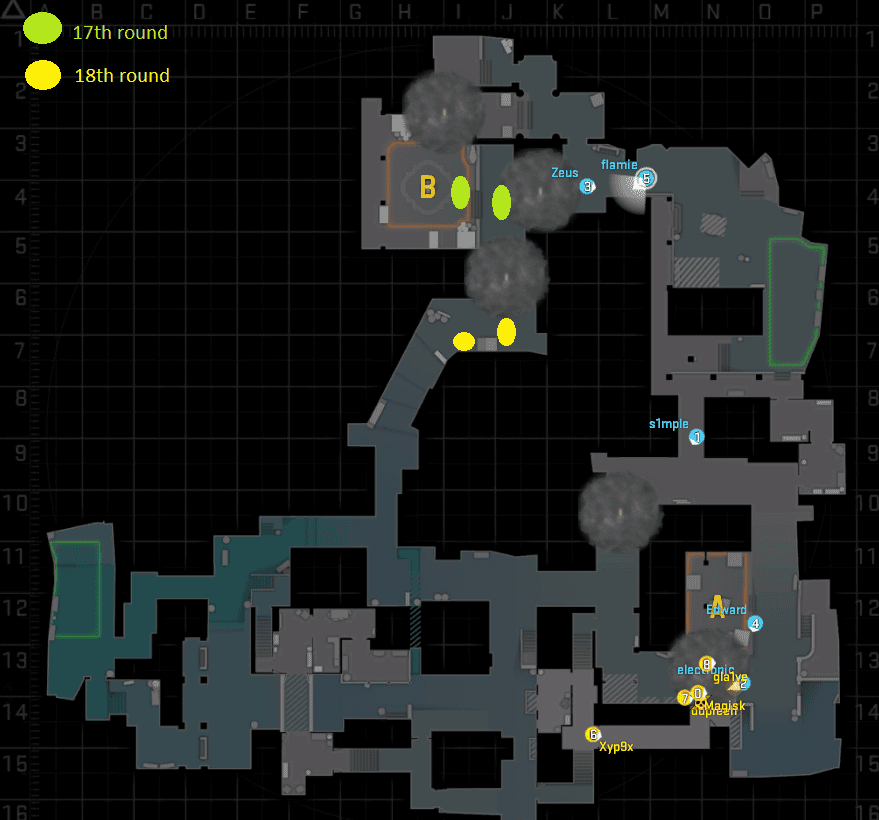 Sure, he tried to take fights at close angles as best as he could, but it didn’t work out. In the 17th round, Astralis rotated to the A-site and committed. As you can imagine, rotating to retake A-site with a Nova in your hands isn’t a wise decision, so flamie saved it going into Round 18.

Unfortunately for flamie, the Nova didn’t work out for him there, either. After eating several flashes, Astralis took the Nova out of his hands at sandbags. And the value of Nova for those two rounds? Zero kills and 76 damage which didn’t even contribute to a kill. If you’re going to buy a shotgun, I believe apartments is a better position for sort of weapon like that.

After those two rounds, Astralis were leading 13-5, and there was no way Na`Vi had any chance of coming back into the game. The final score was 16-7 in favor of Astralis, and Na`Vi was lucky to even make it to seven rounds. Astralis are still on the different level of play from pretty much every single other team in the world, and this time was no different.