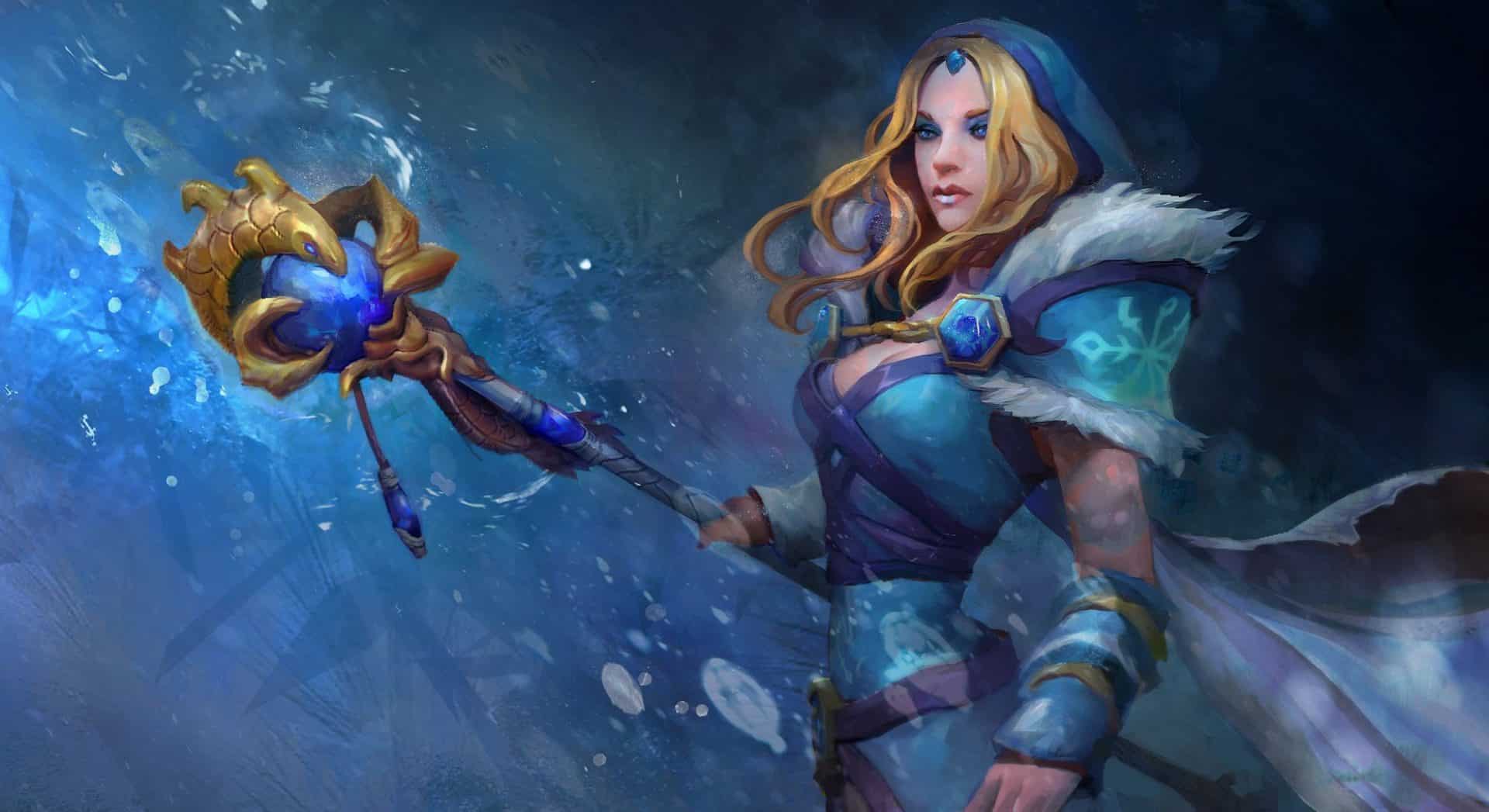 We take a look at some of the most popular support heroes of 2020.

Even though some people underestimate it, the support role in Dota 2 has always been one of the most important ones. If you don’t have good supports on your team, you're not going to win the game. Apart from helping the core heroes, every single support has to make things happen during the game's early phase. Whether it's via ganking, harassing the enemy laner, or something else, there is always something that you can do.

Having said that, let’s take a look at some of the most popular support heroes of this year. Unlike the cores, the supports are usually not that affected by the different meta changes. Of course, there are always some meta supports out there, but you can often see many other heroes as well.

It probably doesn’t come as a surprise that one of the most picked support heroes of the year is Lion. He's one of those heroes that can make a real difference, despite being a core. While it’s true that he'is not the best lane support; being weak versus most off-laners, once he gets a couple of levels, he can easily make his enemy's life a living hell.

Lion has two reliable disables that can keep a target in a CC chain long enough for him to be killed. Additionally, he has Mana Drain as a slow. As well as a nuke that can kill almost everyone, especially once it gets a couple of stacks.

One of the strongest aspects of this hero is his ganking potential. During the early game, he needs to get a Smoke of Deceit and he can kill almost anyone one the map. However, you need to be careful not to go into a feeding spree early on. Lion is not the strongest lane support, so keep that in mind when moving into mid-game.

Even though there were people who picked Ogre for the off-lane, the vast majority of the Dota 2 players preferred to play him as a support. The two-headed giant is known for being incredibly sturdy, which makes him one of the best lane supports.

In fact, he can pretty much zone every single hero in the off-lane — regardless if he is a melee or ranged. Thanks to his slow, he can catch up to them and harass the hero with his right-click.

And once the laning stage is over, Ogre continues to be a good pick because he possesses both a stun and a slow ability. Of course, let’s not forget about the Bloodlust, which is often regarded as one of the best buffs in Dota 2.

It’s safe to say that this is one of the most entertaining supports to play with. Witch Doctor is one of those heroes that brings a lot to a team fight. Similar to Ogre, WD is useful in every stage of the game, although he definitely shines the most later on.

In the beginning, he can try to zone out the enemy with his Maledict. However, he is not the best laning support, especially when there are two aggressive heroes. That said, once he gets a few levels (mainly Death Ward), he can kill the opposition fairly fast. In fact, you'll often see the infamous Witch Doctor-Faceless Void combo that’s been dominating in pub games for many years now.

Witch Doctor’s strongest attribute is his damage capabilities. If he snowballs, he can do a lot during team fights, despite being a support. However, this is easier said than done, especially if you're playing as a position five.

The next support on our list is probably the hero most symbolic of this role. Crystal Maiden has always been one of the most picked supports in every single meta. In fact, she was the first support hero in the game to get an Arcana.

Even though she can deal insane amounts of damage with her ultimate, CM excels during the laning stage. Thanks to her aura and Frostbite, she can easily harass the enemy offlaner. What’s more, these spells also allow her to farm in the jungle, which can be extremely useful in some cases. After all, most support heroes tend to struggle to get gold, so having a reliable way to do that is essential.

Once the laning stage is over, playing with Crystal Maiden becomes really difficult. Usually, she's a target for most enemy heroes, which means that she needs to be careful. However, if the hero manages to get a Black King Bar and uses her ult during a team fight, she can absolutely annihilate an enemy team.

If there is one hero that can be considered the most interesting, Rubick has to be it. Ever since he was introduced to Dota 2, Rubick has been one of the most picked heroes out there and it's for a reason.

As long as the player who picks this hero knows how to utilize him properly, dealing with Rubick can be a nightmare. He is a decent laning support because he can do a lot of right-click damage and has a pretty strong nuke. However, he is more useful if he moves around the map and tries to secure kills for his team.

Once he gets to level 6, the game completely changes for this hero. As you know, he has the ability to steal spells from enemy heroes. So, if you have fast fingers, you can get some pretty game-breaking abilities, such as Black Hole, Ravage, and so on.

Despite that, Rubick suffers from the same issues as any other support heroes — he can die really easy. That’s why you need to get at least two defensive items to survive in the late game. Unlike other supports, Rubick needs some time in a team fight in order to be effective, so surviving is of utmost importance.

Jakiro is a pretty intriguing support that works really well in certain situations. However, he's more or less a situational pick, unlike all of the heroes we’ve mentioned so far.

Even though Jakiro can deal insane damage in a team fight, this rarely happens. His AoE ultimate can easily be dodged, which means that he's mostly there to stun and slow the enemies.

Having said that, the situation is really different during the laning stage. There, Jakiro is capable of forcing the enemy hero to use a lot of regen due to his Liquid Fire. In fact, this ability also does wonders whenever the hero needs to push a tower. If he is left alone, he can easily destroy the enemy tower in a single push.

After the laning stage, the hero becomes very a desirable kill for the enemy cores. As a result, you need to make sure you have the proper items that will let you survive.