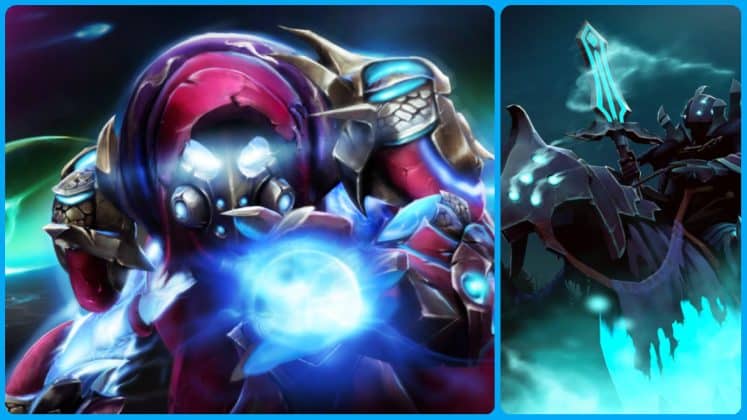 These are the hardest Weekly Quests in Dota 2 that you can try to complete during Week 12 with the Battle Pass 2022.

Part II of the Battle Pass 2022 is luring millions of Dota 2 players to spend more time playing their favorite strategy game. The Dota 2 community is thrilled to have received the Diretide 2022 Collector’s Cache, the latest treasure chest to be released for Battle Pass 2022 holders. The Diretide 2022 Collector’s Cache includes new sets for Hoodwink, Dawnbreaker, Invoker, Primal Beast, and Witch Doctor.

Killing neutral creeps can provide carry heroes with the gold and experience they need to dominate games. You can head to the jungle to find neutral creeps to kill to level up faster and purchase your core items before the enemy team pushes the lanes.

These natural creeps will also drop invaluable neutral items from time to time that can be used to punish enemy heroes during battles in the game. You can kill 30 neutral creeps to earn a star for the Unprovoked Slaughter Weekly Quest during Week 12 with the Battle Pass 2022. 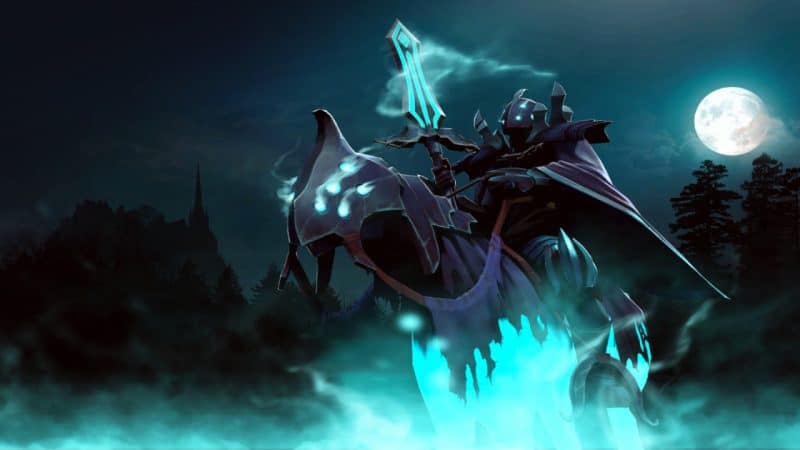 Abaddon is a carry hero who can chase enemy heroes with his abilities. The Strength hero can protect his allies in battles and heal them during team fights. There are dozens of item builds that you can try with Abaddon to make him a threat to your opponents on the map.

The melee hero has a base attack damage of 50 – 60. You can purchase a Quelling Blade for 100 gold to increase his attack damage by 8. Quelling Blade will let Abaddon take more last hits in the lane. You can take the safe lane with Abaddon to earn stars for the Unprovoked Slaughter Weekly Quest during Week 12.

Magic Wand costs 450 gold and provides 3 Strength, 3 Agility, and 3 Intelligence to the melee hero. Abaddon will gain a charge for Magic Wand every time an enemy hero uses a spell within 1200 radius. Each charge of Magic Wand can be used to replenish 15 health and mana. Magic Wand can store a maximum of 20 charges.

You’ll need to level up Aphotic Shield to kill neutral creeps without taking significant damage from them. Aphotic Shield can be cast on yourself and your allies. It can absorb 200 incoming damage from all sources for 15 seconds.

Aphotic Shield deals 200 damage to all enemy units in a 675 radius after it bursts. It has a cooldown of 6 seconds and consumes 130 mana. Aphotic Shield will also apply a basic dispel on its targets upon being cast. You can increase the damage absorption capacity of Aphotic Shield by 100 after reaching level 20 through the Talent Tree.

You can use Mist Coil to deal 260 damage to enemy units and heroes. Mist Coil can also be used on neutral creeps to kill them with ease. Abaddon takes 130 damage per cast, each time he uses Mist Coil.

Players can use Aphotic Shield to protect themselves from damage while casting Mist Coil. People can use several instances of Mist Coil on lower neutral creeps to destroy them faster. Mist Coil has a cast range of 575. It has a cooldown of 5.5 seconds and requires 50 mana.

Take at least one level of Curse of Avernus to gain bonus attack speed. Abaddon can hit an enemy unit 4 times to inflict them with a curse. Enemy units affected by Curse of Avernus will be silenced and have their movement speed slowed by 60% for 4.5 seconds.

Abaddon gains up to 100 bonus attack speed after hitting enemy units 4 times. You can use the increased attack speed to annihilate neutral creeps in seconds with Abaddon. Players can place a few Observer Wards around the map to detect any enemy heroes approaching Abaddon while farming in the forest.

His ulti, Borrowed Time, will be activated after Abaddon’s health falls below 400. Any damage incurred when Borrowed Time is active will heal the Strength hero. Borrowed Time lasts for up to 6 seconds. It has a cooldown of 40 seconds. Borrowed Time will help Abaddon take down ancient neutral creeps without dying.

His abilities will easily let players kill hundreds of neutral creeps in battles to win more stars for the Unprovoked Slaughter Weekly Quest during Week 12 with the Battle Pass 2022. You can equip a Vanguard to block damage from neutral creeps while farming in the forest.

Vanguard gives Abaddon a 60% chance to block 64 damage from all incoming attacks. It will also grant 250 health and 7 health regeneration to Abaddon. It costs 1825 gold in the game. Vanguard can also be upgraded to Abyssal Blade later on in the game to strengthen the physical attacks of Abaddon. 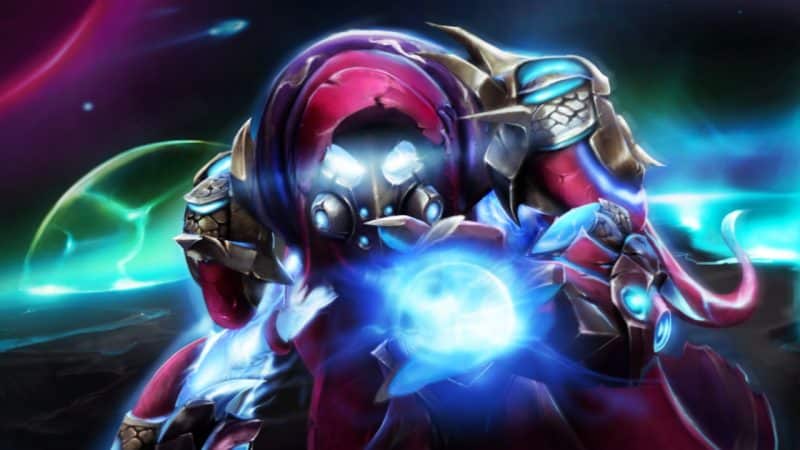 Arc Warden is an Agility hero who can push lanes and destroy towers. He has a unique set of abilities that make him an indispensable asset to his team in any game. The ranged hero can protect his teammates and himself from physical attacks during team fights, turning him into an effective counter against carry heroes with high attack damage.

The Agility hero has base stats of 20 Agility, 24 Intelligence, and 22 Strength. He gains 3 Agility per level. Arc Warden has a base attack damage of 51 – 57. You can take the off lane with Arc Warden till he gains his ulti.

Arc Warden and his teammates will also gain an additional 80 bonus attack speed while standing inside the Magnetic Field. You can increase the attack speed bonus by 40 by reaching level 15. The ability has a cooldown of 20 seconds and consumes 110 mana.

Players can use a combination of Spark Wraith, Magnetic Field, and Flux to kill numerous neutral creep camps in the game. His uti, Tempest Double, can be used to create a clone of Arc Warden that can cast all his abilities and use all of his items. Tempest Double can be used to eliminate neutral creeps to increase your gold per minute (GPM). His ulti has a cooldown of 40 seconds.

Tempest Double can also use Manta Style to increase the total number of illusions created by Arc Warden. Manta Style has a cooldown of 30 seconds and requires 125 mana. You can easily kill 300 neutral creeps with Arc Warden while using Manta Style to gain 3 stars for the Unproved Slaughter Weekly Quest.

Mjollnir is also an item that can be used to increase the neutral creep kill count in the game while playing Arc Warden. The ranged hero gains 70 attack speed and 24 attack damage by equipping Mjollnir. The item can be cast on Arc Warden to gain a 20% chance to release a bolt of lightning that deals 225 damage to 5 units around the Agility hero when attacked by enemy units.

Get the latest in esports news, game guides and Dota 2 betting tips, only on ESTNN.