Take a look at the easiest Weekly Quests in Dota 2 for Week 14 that you can play with the Battle Pass 2022.

From Diretide challenges to hero feats, Dota 2 promises to bring the most enriching experience for its gamers. Battle Pass 2022 lets people complete Weekly Quests every week to unlock amazing rewards. You can choose to finish various Weekly Quests to earn bonus battle points that can be used to get new Arcanas, treasure chests, sprays, emoticons, and item effects.

You can take part in Diretide, a seasonal game mode that offers an entirely new map to play during the holiday season. Dota 2 players can celebrate the festivities by helping Roshan destroy enemy wells in Diretide matches.

Players can attack Greevils and collect Taffy in Diretide games with the Battle Pass 2022. Each team in Diretide has 4 wells to defend against Roshan. People can gather Taffy from Greevils and score them in enemy wells. The well with the most Taffy will be destroyed by Roshan once every few minutes. The first team to get all 4 of their enemy wells destroyed will win the Diretide game.

Here are the easiest Weekly Quests you can accomplish with the Battle Pass 2022 in Dota 2 during Week 14.

No Dumping Allowed - Interrupt 3 enemies while they are scoring Taffy

Collecting Taffy is hard in Diretide matches but scoring the Taffy you collect in enemy wells can be harder. You must escape the clutches of Roshan, Taffy Guardians, and enemy heroes before you can get a chance to score Taffy in the enemy wells. 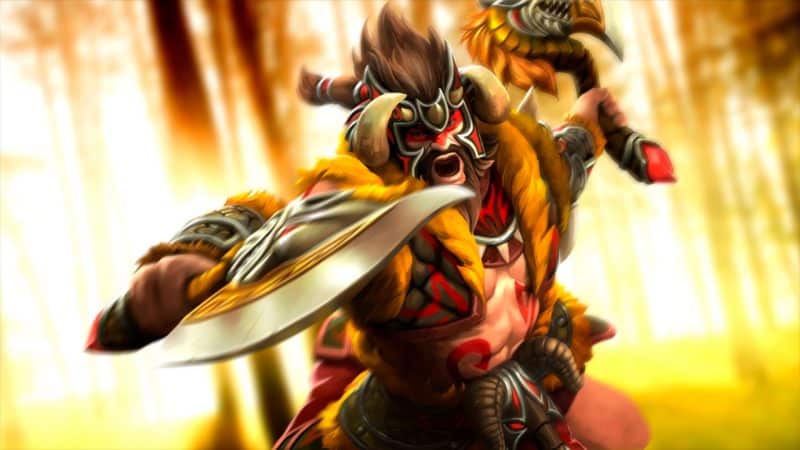 Beastmaster is a prime disabler in Dota 2. He can use his skills to nuke enemy heroes with Wild Axes that cut through trees and hit enemies at incredibly far distances. The Strength hero can summon wild beasts to fight by his side during battles. He can stun and disable enemies for up to 4 seconds with his ulti, giving you plenty of chances to complete the No Dumping Allowed Weekly Quest.

The durable Strength hero can use his ulti, Primal Roar, to stun enemies in Diretide matches. It can take a few seconds to score all the Taffy collected in the enemy wells. Beastmaster can interrupt enemy heroes while scoring Taffy by stunning them with his ulti.

All enemy units standing in between Beastmaster and his target will be pushed back by a distance of 300. It has a cooldown of 60 seconds and consumes 200 mana. You can easily interrupt 3 enemy heroes while they are scoring Taffy in your well with Primal Roar to earn a star for the No Dumping Allowed Weekly Quest during Week 14. 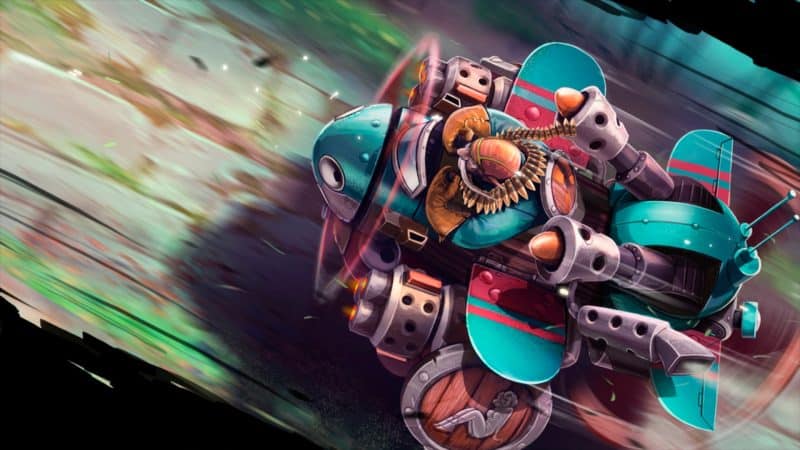 Gyrocopter is an Agility hero who can cast spells that deal damage to many enemy units around him. He is a reliable carry hero who can stun enemies and destroy them during battles. His magical spells can be used to collect more Taffy from Greevils in Diretide matches.

Gyrocopter can use Homing Missile to stun enemies for up to 3 seconds. Enemy units affected by Homing Missile take up to 360 damage. Gyrocopter has an increased projectile speed of 3000, allowing him to stun heroes faster than others with Homing Missile. It has a cooldown of 11 seconds and requires 150 mana.

He can cast Rocket Barrage and Flak Cannon to kill more Greevils in Diretide matches. Rocket Barrage deals 24 damage per rocket and releases a total of 10 rockets within 3 seconds. Enemy units around Gyrocopter in a 400 radius can be hit by Rocket Barrage. It has a cooldown of 5.5 seconds and needs 90 mana in the game.

You can activate Flak Cannon during battles to hit multiple enemy units with physical attacks. Gyrocopter can unleash up to 6 attacks around a radius of 1000 using Flak Cannon. People can strike more Greevils with Flak Cannon to deposit more Taffy in the enemy wells in Diretide games. Flak Cannon has a cooldown of 18 seconds and requires 70 mana.

Gyrocopter can send out multiple Homing Missiles near the Taffy Guardian to stun enemy heroes while they score Taffy in your well. The Agility hero is a good choice to help you win more stars for the No Dumping Allowed Weekly Quest during Week 14 with the Battle Pass 2022. 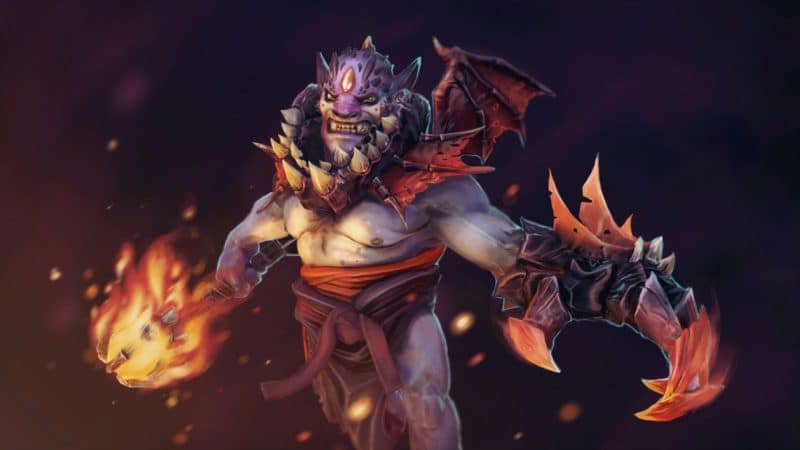 Lion is a support hero who can use his abilities to disable enemy heroes in the game. He can stun multiple enemies using Earth Spike to interrupt them while scoring Taffy. The Intelligence hero can also use Hex to stop opponents in Diretide matches from scoring Taffy in your wells.

Players can use Earth Spike to deal damage to enemies and stun them in team fights. Enemy units affected by Earth Spike take up to 260 damage and get stunned for up to 2.6 seconds. It has a cooldown of 12 seconds and consumes 160 mana in the game. You can increase the damage dealt by Earth Spike at level 10 through the Talent Tree.

Lion can cast Hex to turn enemy heroes into critters for up to 4 seconds. You can hex enemies in Diretide games while they score Taffy in your well to interrupt them around the well. Hex has a cooldown of 12 seconds and requires 200 mana. You can use a combination of Earth Spike and Hex to earn multiple stars for the No Dumping Allowed Weekly Quest with the Battle Pass 2022 during Week 14.

Something Of A Collector - Earn 20 neutral items in winning games

Players who find it difficult to farm in lanes can take on neutral creeps in the forest. Neutral creeps provide more experience and gold to people in Dota 2. Hitting neutral camps can fetch you neutral items that can strengthen the abilities of certain heroes. You can collect 3 neutral items in winning games to earn a star for the Something Of A Collector Weekly Quest. 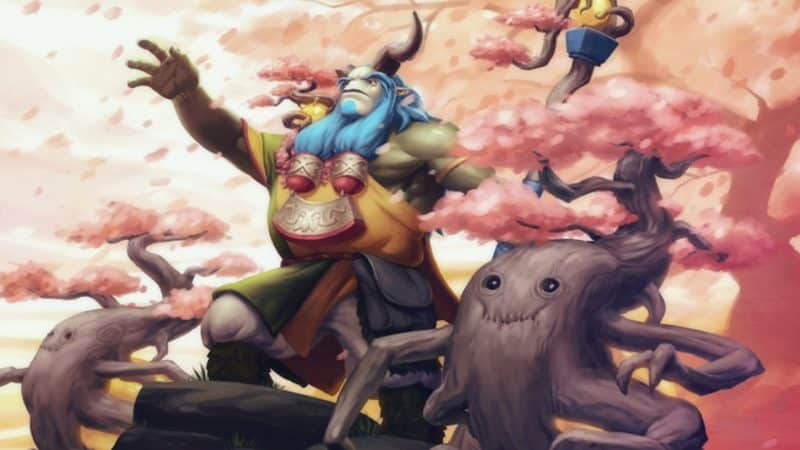 Nature’s Prophet is an Intelligence hero who can sprout trees around enemies and summon Treants. You can use the Treants to destroy towers, enemy creeps, and neutral creeps in the game. The ranged hero can teleport to different locations on the map to kill more neutral creeps. You can collect neutral items in the forest using Nature’s Prophet to earn more stars for the Something Of A Collector Weekly Quest during Week 14.

You can use Nature’s Call on surrounding trees to turn them into Treants. Nature’s Prophet can summon up to 5 Treants at a time in the game. These controlled units last for 60 seconds, have an attack damage of 42, and have a maximum health of 550. Nature’s Call has a cooldown of 37 seconds and consumes 150 mana.