Apex Legends Players Are Excited About A New Feature, But Enraged About Holo-Day If the Reddit thread is true, this could be an update that has been a long-time coming.

According to a senior game designer from Respawn, it was confirmed that a “mark all as seen” option is going to be added to the gear screen. Senior game designer Daniel Klein announced that the quality of life change will be coming out with the next patch of Apex Legends sometime in January.

When Season 7 dropped, a Replicator update was administered to prevent players from taking items crafted by another player for five seconds unless the item was pinged. However, when Apex dropped another map, the “mark as all see” feature did not make it with the Season 7 updates. However, it appears that this has been an issue that will be prioritized and fixed within the next month.

What Is “Mark All As Seen?”

When you play enough rounds of Apex Legends, you are rewarded the Golden Goddess of rewards in Apex Packs. While the Apex Packs contain free gear, it can be annoying dealing with the dozens of red dots indicating a new item. That’s where the “mark all as seen” button comes into play. , players can remove all the red dots at once instead of selecting each item individually.

Across other gaming platforms, this issue has occurred in games like Injustice. The fighting game prides itself on earning loot so that you can fight the highest levels in the game. However, when you don’t check the loot bin in a while, your earnings add up. Having a new notification every time you get something new can be annoying. This update, it will give players the choice to wipe it all away.

Compared to Call of Duty 2020, gear management in Apex Legends is rather difficult. By adding a “mark all as seen” feature, this is a great way to organize and maintain the gear earned through Apex Packs. It will allow players to spend more time with the best MMO instead of sorting through gear. That is precisely why the Apex community wanted this feature so bad. Through efforts on social media and in-game monitoring, the developers found that this was a highly-mentioned suggestion.

In other news, Apex Legends is rocking a Christmas-themed Holo-Day Bash for the month of December. The event began once when the month began and it brings back the Winter Express limited-edition mode and all the skins for the various Legends and weapons.

However, according to a recent report, fans are not digging the Christmas festivities. Complaints have arisen surrounding the Christmas skis. To be more specific, fans do not like how the skins are distributed. In Apex, skins are unlocked by playing the game, but players can spend money on packs to acquire specific skis for their favorite Legend. Players feel that the packs have been deliberately designed to space out the gear and force the players to spend more money. For example, Loba is the face of promotion as she is dressed in her Legendary Crystalline Perfection skin as she holds a Spitfire with its new skins. Players assumed that a pack would give both the Legend and the Weapon skin. However, that is not the case as it will give different weapon’s skin. 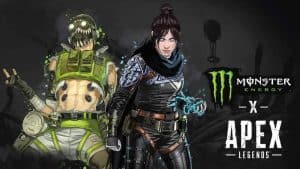 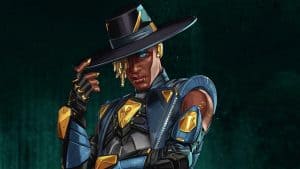 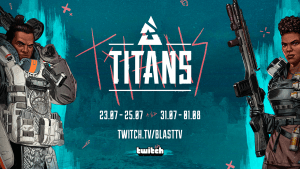