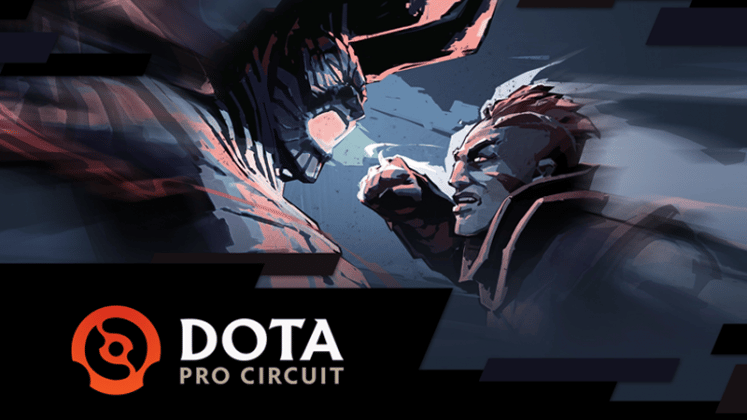 All the hottest action from Week 5 of the WEU DPC Tour 3.

This was probably one of the most important weeks in WEU’s Tour 3 of the 2021/2022 DPC. After watching a couple of top-notch series, we finally know the name of the first team that will attend the upcoming Major. As expected, the ESL One Stockholm 2022 winners successfully defeated Alliance and earned a spot for the second Major of this DPC.

Speaking of Alliance, the team lost yet another match and became the first team to be relegated to Division II. Nikobaby and the rest continue to disappoint their fans because the team hasn’t won a single map. We will look at this match and a few other exciting series in just a bit.

As we pointed out, the week's first match was between Alliance and OG. These two teams used to be pretty even before, but nowadays, things are different. Alliance’s new roster has tons of problems, which reflects on their performance. On the other hand, OG’s young squad is getting better and better and has become one of the leading contenders for The International.

The first series between the two was an easy victory for Bozhidar “bzm” Bogdanov and his team. Even though OG did not have a massive lead in terms of kills, the team simply out-farmed their opponents.

With more than 6k net worth 15 minutes after the start of the match, Alliance had no way of bouncing back. The team’s last effort to win was a smoke gank near the Rosh put around the 17th minute. Unsurprisingly, Nikolay “Nikobaby” Nikolov and the rest did not take advantage of the situation and died.

Following this fight, OG gained an even more impressive victory and the Aegis. Although Alliance continued to turtle for the next 10 minutes, they had no way of killing OG’s deadly squad. In the end, Nikobaby and the rest lost after just 30 minutes of play.

Surprisingly, Alliance had a pretty good start to game two and even gained a comfortable lead in the first couple of minutes. However, their lead was short-lived because OG took advantage of their opponent's mistakes and bounced back.

Alliance was slowly becoming stronger and stronger and their CK had a lot more farm than OG’s carry. The EU team even secured the first Aegis and started threatening OG’s high ground just 20 minutes after the start. However, bzm’s deadly KOTL helped his team turn things around.

BZM’s triple kill followed by a T2 and T3 30 minutes after the start was Alliance's last nail in the coffin. Despite playing better in game 2, their efforts were not enough to stop OG from winning.

The second series of the week that was also a lot more interesting to watch than expected put together Secret and GG. These two teams are in the same boat when it comes down to their performance. Neither lives up to the expectations for now, but after Secret’s victory, the team definitely has more chances of securing a slot for the Major.

We expected the first match the go in favor of Secret because the team picked a very aggressive lineup. Although it worked early on, Secret failed to take advantage of it and lost the match.

GG survived the first few minutes thanks to their IO and took full advantage of their draft. Night Stalker and Storm ensured that Secret’s core couldn’t farm or do anything they are good at. In the end, the team won after 29 minutes.

After the massacre in game one, Secret “rose from the dead” and won the second game. It wasn’t easy because Clement “Puppey” Ivanov and the rest lost the laning stage and gave GG an advantage. In fact, Miroslav “BOOM” Bičan and the rest gained a comfortable 8k lead just 25 minutes after the start.

Everything looked good for GG, but the team failed to use their draft’s power. The team survived after falling to get the Aegis, but things went bad afterward. Secret got several important kills that turned things around. In the end, Secret won a few crucial encounters and pushed the series into game three.

Unlike the first two games, where Secret had a bad start, Puppey and the rest was the better team early on. Sadly, many mistakes prevented them from winning earlier because GG dominated in the mid-game.

Both teams played more defensively and relied on their hard carries to win. Even though GG was doing okay, Secret’s Terrorblade became too strong for them. Despite using everything they had, they couldn’t bring down the deadly right-clicker and lost the match.

Following the first four weeks of action in Western Europe’s Division II, we already know the names of the two teams that will head over to Division I. The first one is IntoTheBreach, whereas the second one is Nigma.Galaxy. The two are yet to meet each other to decide which one will take the crown and finish undefeated.

Speaking of defeats, Syed Sumail “SumaiL” Hassan and his team secured yet another crucial victory. This time, the team had to go up against EU-R, a team that is yet to win a single series. Everyone expected NGX to have no problems, but game two turned out to be a lot more interesting than anticipated.

With Zeus and Qop on their side, Nigma Galay had no problems winning the match's first game. EU Rejects had a few glimmers of hope because their Batrider gave them a few important kills, but this was not enough to stop their opponents from winning.

After the easy game one, the second game of this series was way more interesting than everyone thought. We expected another swift victory, but since NGX picked Pudge, the match lasted for almost an hour.

EU-R had an excellent draft and an answer to both cores because the team picked Timbersaw. Even though the hero thrived, he was unable to help his team win because Indji “Shad” Lub and the rest made tons of mistakes.

TI 7 winners took advantage of the situation and secured themselves the second win and the match.