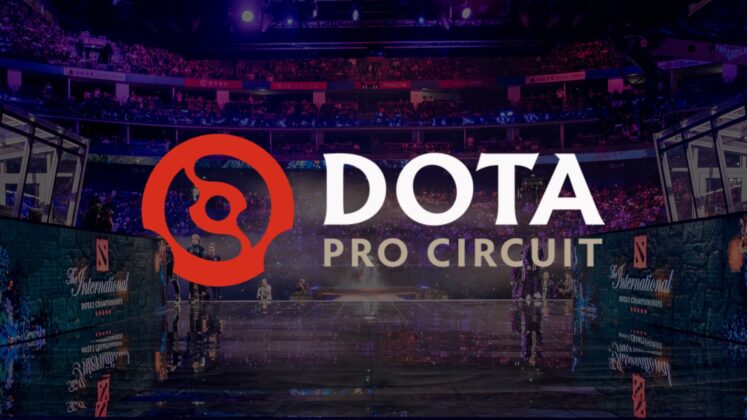 If you are a fan of fast-paced Dota 2 action, epic team fights, and unpredictable results, you'll probably like the SEA Tour 3 Dota 2 scene. The last couple of weeks were full of fantastic series involving some of the region's best teams.

Needless to say, week 4 was not an exception because some games were epic. Following this week’s action, we can already notice a few teams that will definitely be among the favorites for some Major slots. We know that most of you are interested in learning more, so let’s review some top results.

The first series that we had the chance to watch this week put together Nigma’s second team and RSG. Usually, NGX would be the big favorites, but RSG has been on a fantastic streak lately. Despite the fact that the team came from Division II, it dominated in almost every match so far. Consequently, the team is in a good position to secure a slot for the Major.

Despite picking Nature’s Prophet and Juggernaut in game one, NGX.SEA could not win this match. Lee “X1aOyU” Qian Yu and the rest of his team took full advantage of Bristleback and Marci, who have become among the hottest heroes in the meta.

After the pretty even laning stage, RSG eventually took the lead, which was enough for them to win. NGX tried to bounce back, but even Juggernaut could not deal with a six-slotted BB.

NGX’s draft in game two features Zeus and Ember Spirit, which meant that they would focus on the mid game. RSG knew what they had to go up against, but the team decided to take up the challenge and pick a “four-protect-one” draft with TB.

Everyone expected NGX.SEA to win, but the miracle from Division II was almost flawless. The team gave their TB enough space to secure the needed farm and dominate against his opponents. In the end, NGX had no way of dealing with him and lost the match.

The second match in Division II that we were eager to see features BOOM and Polaris. Erin Jasper “Yopaj” Ferrer and the rest are among the main favorites in Division I because the team is considered one of the best. Sadly, Polaris is not having a great time in Tour 3 because it has lost all of its matches so far. Despite their efforts, the team could not defeat their powerful enemies.

Even though Polaris had a pretty good draft in game one, even this was not enough to stop the Lifestealer and Ember Spirit combo. These two cores became hot picks in the last few weeks because they allow their team to burst a target in seconds.

Since Polaris focused on TB, the team tried to give him enough space to farm. Things were going well, but several bad calls gave BOOM a huge lead. The team used this to win the next couple of fights and put Polaris against the wall. As expected, BOOM needed just a few more minutes to win the match.

After an interesting pick and ban phase, Polaris and BOOM Esports ended up with pretty interesting drafts. We had the chance to see Undying, a hero that is not that popular lately, despite the buffs. He definitely made BOOM’s life more complicated, but it was not enough to stop their Ursa and Shadow Shaman combo.

BOOM’s cores killed Roshan a few times and became strong enough to start pushing. Polaris defended as much as they could, but the decisive team fight took place around the 30th-minute mark. BOOM’s Ursa killed a few heroes, which was enough to secure her team a solid advantage and, ultimately – the victory.

Both games lasted for over 40 minutes and gave us access to non-stop action. Despite T1’s efforts to bounce back in both games, the team made crucial mistakes after failing to use their timings. Talon used that and ripped through their opponents.

The loss puts T1 in a bad position because the team has to win all of its upcoming matches to survive. Needless to say, this will be easier said than done.

Many people may think that Division II of the SEA DPC is not that interesting to watch. However, this is not the case because there are a couple of notable teams you should pay attention to.

This week gave us access to a few epic matches, but the one that stood out was between TNC and Neon. Both teams were considered to be among the best in the world a couple of years ago, but now, they have tons of problems. However, the match between them was epic and deserved more attention.

The first match between these two powerhouses allowed us to watch an epic battle between Terrorblade and Medusa. These two heroes often have to play against each other because they are both late-game monsters. Although TB does more damage, Medusa is strong enough to survive it and win.

As expected, this is exactly what happened in game 1. TNC did everything they could to allow their Medusa to secure enough farm and carry them. In the end, the hero became way too powerful and granted her team the lead in the series.

Following the battle of the late-game monsters, game two was more focused on the meta heroes. We saw Pudge, Dawn, Enchantress, and even Bristleback. The game was even until the end of the mid-game, when Polaris made a mistake that allowed TNC’s Pudge to get a free kill.

The SEA powerhouse took full advantage of the situation and got a few kills immediately after that. This also led to a big push that Polaris was not ready for. In the end, TNC ripped through their enemies and secured a crucial victory. 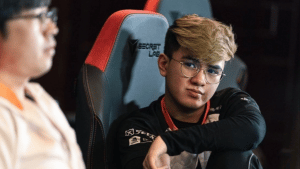 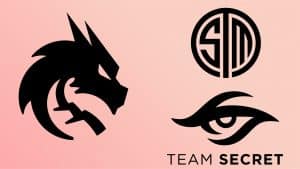